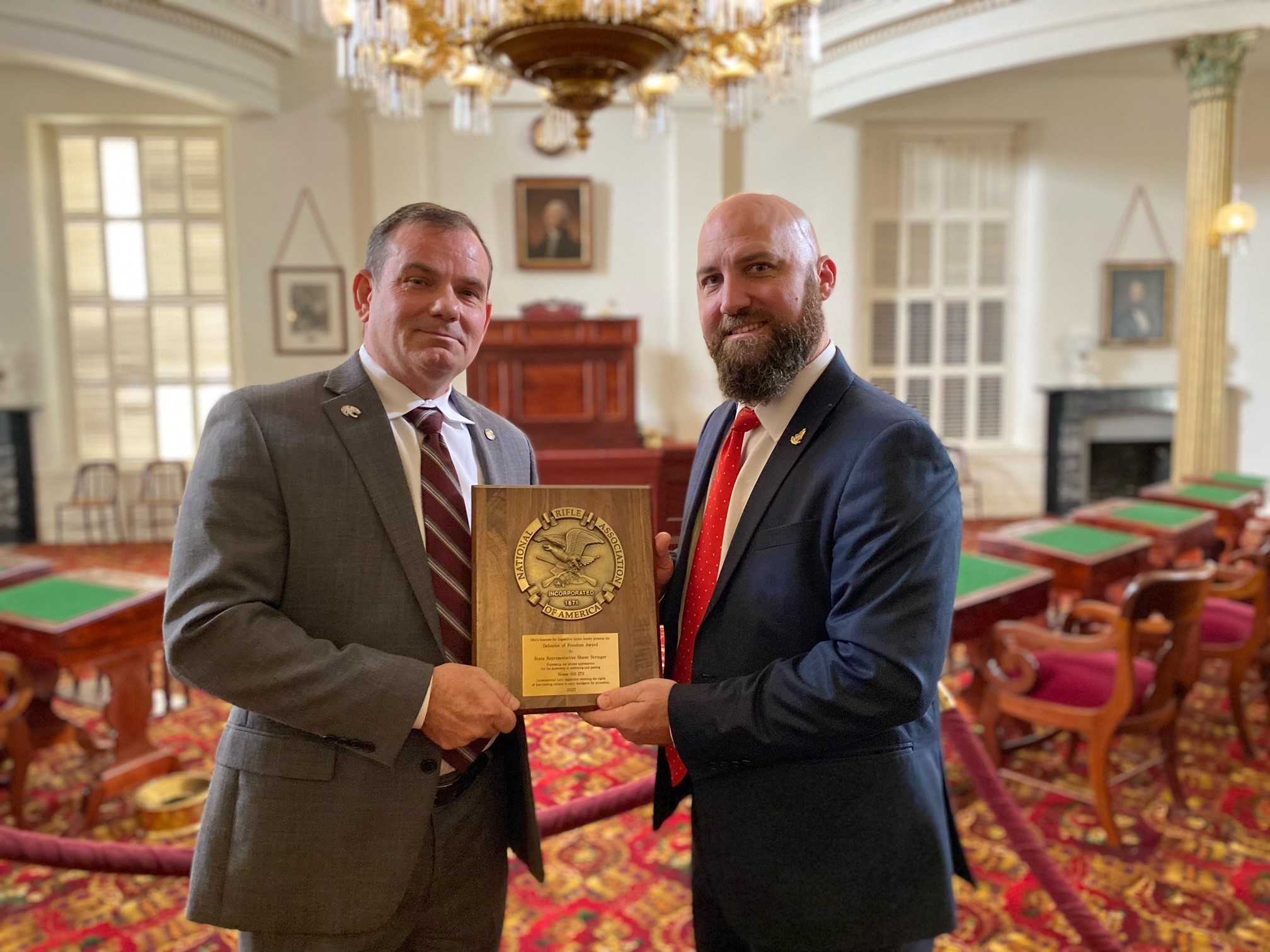 Today, state Representative Shane Stringer (R-102) received the Defender of Freedom Award from the National Rifle Association Institute for Legislative Action, in recognition of his tireless efforts to defend liberty and protect the interests of law-abiding gun owners and sportsmen in Alabama.

Representative Stringer has worked vigorously to be a voice for firearm owners, and in 2022, as lead sponsor, was instrumental in the development and passage of HB 272, Constitutional Carry. Representative Stringer sacrificed more than just his time and energy. He was steadfast against the opposition, including his former employer, who terminated his employment simply over his support for the constitutional rights of lawful Alabamians. Without his dedication, Constitutional Carry would not have passed the Alabama legislature.

Representative Stringer has earned an “A+” rating from NRA-PVF, and as a recipient of the NRA-ILA Defender of Freedom Award, he joins an esteemed list of individuals who have gone “above and beyond” in the fight to defend the Second Amendment.

10-Round Magazine Is More Than Enough
Buffalo gunman pleads guilty in racist supermarket massacre that killed 10
ILA | Hawaii: Honolulu Seeks to Severely Restrict Carry
Full transcript of “Face the Nation” on Nov. 27, 2022
The question is not, ‘What is it about Colorado?’ | John Moore | Arts & Entertainment