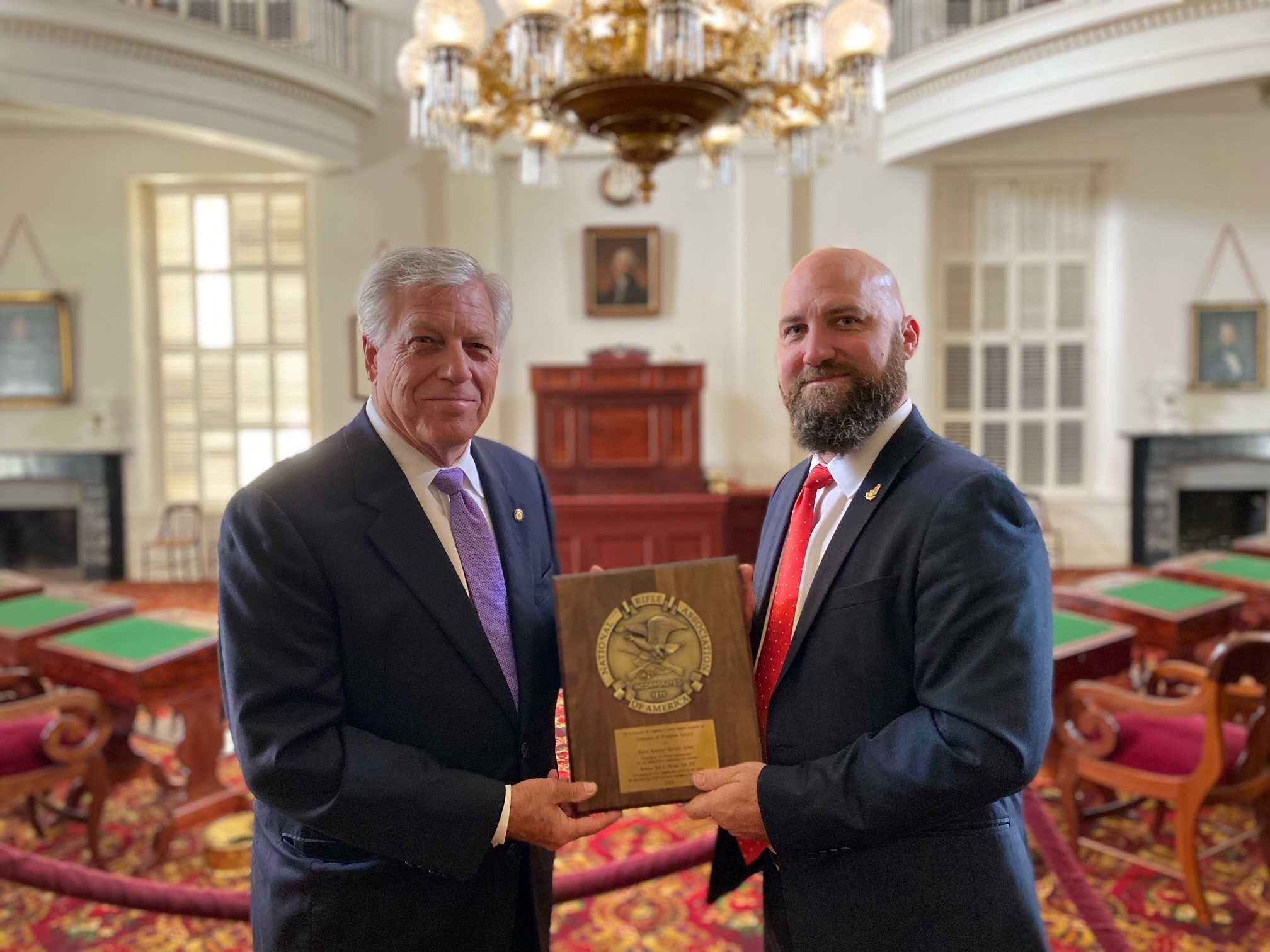 Today, state Senator Gerald Allen (R-21) received the Defender of Freedom Award from the National Rifle Association Institute for Legislative Action in recognition of his tireless efforts to defend liberty and protect the interests of law-abiding gun owners and sportsmen in Alabama.

Since his time in the Alabama Legislature began in 1994, Senator Allen has been a strong and steady advocate for the cherished Second Amendment rights of not just the citizens of his district, but of all Alabamians. A Member of the National Rifle Association, Senator Allen has worked tirelessly to be a voice for firearm owners. Since first elected, Senator Allen has taken the lead to preserve and protect the rights of law-abiding firearm owners with his sponsorship of several pro-gun bills, including multiple previous attempts at Constitutional Carry – three of which, passed the Alabama Senate. In 2022, he was instrumental in the development and passage of HB 272, Constitutional Carry, which finally crossed the finish line and was signed by Governor Kay Ivey on March 10, 2022. Without his steadfast dedication, Constitutional Carry would not have passed the Alabama legislature.

Senator Allen has earned an “A+” rating from NRA-PVF, and as a recipient of the NRA-ILA Defender of Freedom Award, he joins an esteemed list of individuals who have gone “above and beyond” in the fight to defend the Second Amendment.