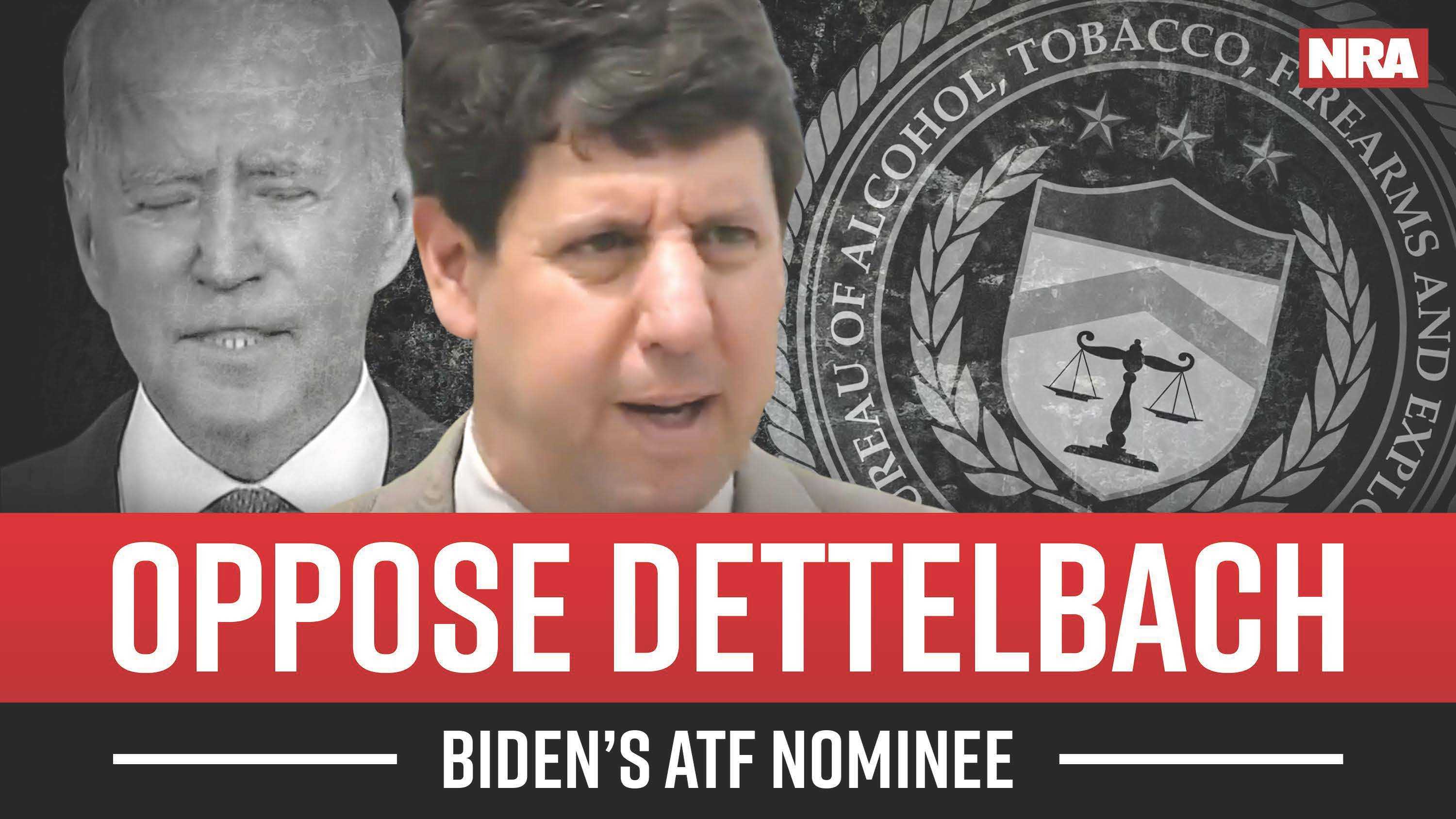 Today, the Biden Administration announced the nomination of Steven Dettelbach as the Director of the Bureau of Alcohol, Tobacco, Firearms and Explosives (“ATF”), subject to Senate confirmation. With Dettelbach’s nomination, President Biden has chosen to double-down on his attempt to put a gun control advocate in charge of the agency responsible for regulating America’s firearms industry.

David Chipman, Biden’s first nominee to head the ATF, failed to achieve enough support in the Senate to be confirmed. After a long campaign by the NRA that featured TV and digital ads, millions of text messages and pieces of mail, town halls in critical states, and an intense lobbying campaign, the Biden Administration withdrew Chipman’s nomination.

Like Chipman, Dettelbach is a dedicated gun controller with a background that proves he would be neither fair nor objective as head of ATF. When running for Ohio Attorney General in 2018, Dettelbach endorsed gun bans, restrictions on lawful firearm transfers, and further expansion of prohibitions on who can lawfully possess a firearm. In short, it’s unclear what gun control measures Dettelbach doesn’t support.

Ohio voters wisely rejected Dettelbach and his gun control promises in 2018. But, Dettelbach’s unpopular views on the Second Amendment put him in line with the most anti-gun presidential administration in American history.

It will once again be up to gun owners to make clear that a failed anti-gun politician has no more place at the head of the ATF than a failed anti-gun lobbyist. Please contact your U.S. Senators using the link below, and respectfully encourage them to oppose Dettelbach’s nomination.

Your NRA will keep you apprised of any updates as Dettelbach’s nomination moves forward.