Guns are on display at the Dallas Gun Show in Parker, a suburban city of Dallas, Texas, the United States, Jan. 22, 2022. (Photo by Lin Li/Xinhua)

Last year alone, there were approximately 20,000 suspected ghost guns reported to the Bureau of Alcohol, Tobacco, Firearms and Explosives as having been recovered by law enforcement in criminal investigations — a ten-fold increase from 2016.

Last year alone, there were approximately 20,000 suspected ghost guns reported to the Bureau of Alcohol, Tobacco, Firearms and Explosives (ATF) as having been recovered by law enforcement in criminal investigations — a ten-fold increase from 2016.

Because “ghost guns” lack the serial numbers marked on the firearms, the U.S. law enforcement has an exceedingly difficult time tracing a ghost gun found at a crime scene back to an individual purchaser.

A new rule issued by the U.S. Department of Justice (DOJ) now bans the business of manufacturing the most accessible “ghost guns,” such as unserialized “buy build shoot” kits that individuals can buy online or at a store without a background check and can readily assemble into a working firearm in as little as 30 minutes with the equipment they have at home.

It clarifies that these kits qualify as “firearms” under the Gun Control Act and that commercial manufacturers of such kits must therefore become licensed and include serial numbers on the kits’ frame or receiver, and commercial sellers of these kits must become federally licensed and run background checks prior to a sale.

The rule applies to all “ghost guns,” regardless of how they were made, which can include 3D printing as well as kits, while the DOJ will require federally licensed dealers to take any unserialized firearm into inventory to serialize them.

Biden introduced these new actions from the Rose Garden at the White House on Monday afternoon as part of his administration’s efforts to reduce gun crimes, alongside Vice President Kamala Harris and Deputy Attorney General Lisa Monaco. 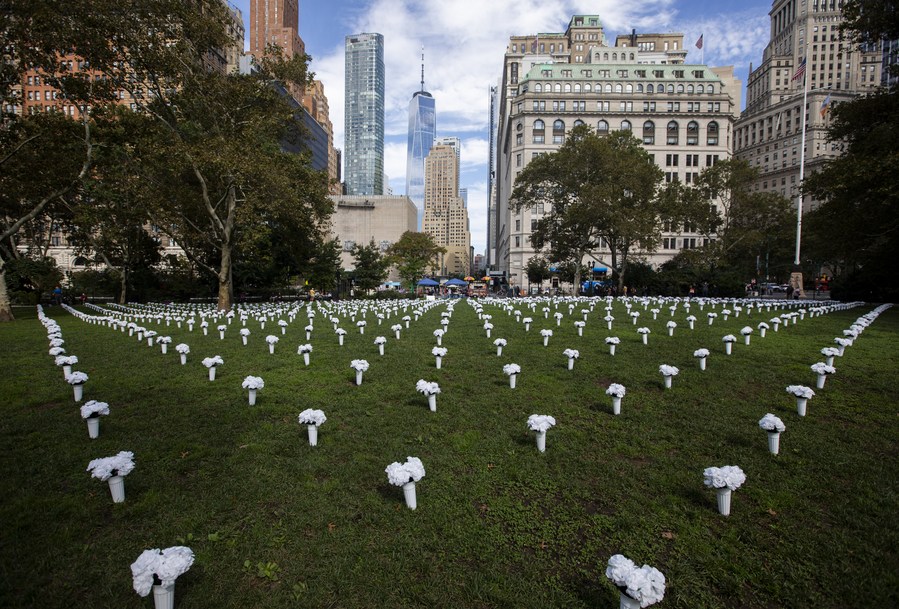 “These guns are weapons of choice for many criminals,” Biden said. “We’re going to do everything we can to deprive them of that choice and when we find them, put them in jail for a long, long time.”

The Biden administration’s new regulation on “ghost guns” has drawn the ire of some Republicans and gun rights advocates.

U.S. Congressman Thomas Massie, a Kentucky Republican, tweeted on Monday that “in reality, it’s always been much easier to grind serial numbers off a functioning gun than it is to make a reliable gun.”

The National Rifle Association, a U.S.-based gun rights lobbying group, responded that it believes this “ban” will not affect violent criminals.

“These violent crime sprees will continue unabated until they are arrested/prosecuted/punished,” it argued.

Gun violence has been on the rise across the United States in the past few years, a trend fueled by a confluence of factors.

More than 21,000 people have died or been injured due to gun violence in the United States so far this year, during which time it has seen at least 130 mass shootings, according to a database run by the nonprofit research group Gun Violence Archive.