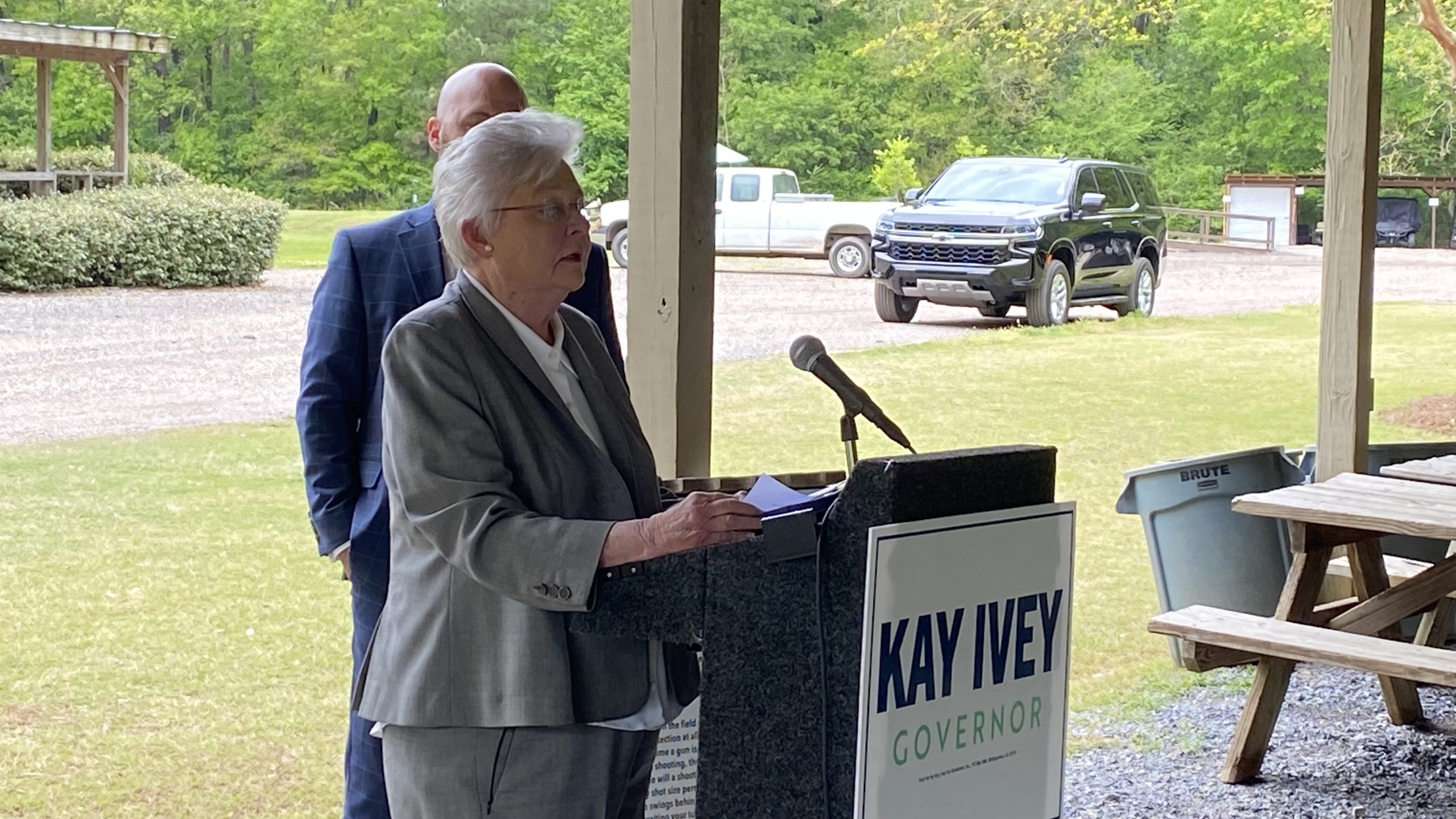 The NRA announced its endorsement of Gov. Kay Ivey on Monday for reelection, praising her support of the permitless carry bill that passed a month ago.

“Gov. Ivey’s commitment to the Second Amendment has never been in question,” said NRA lobbyist Art Thomm. “Nowhere has that support been more evident than when, earlier this spring, she swiftly signed House Bill 272, Alabama’s constitutional carry. The time it took for her to sign that bill from its passage, I believe set a record.”

Ivey said she signed the bill, to clear a hurdle to Alabamians exercising their constitutional rights.

“Nowhere in our Constitution does it say you can keep and bear arms — as long as you pay for a permit,” Ivey said. “That’s why this bill was so important.”

Ivey said “anti-Second-Amendment movement working overtime around the cock to take away our gun rights in Alabama failed.”

“Today, in states across the country, the right to keep and bear arms is under attack. Blue state liberals, the mainstream media and Hollywood would love nothing more than to see an America without guns. Well, if they got their way, that country wouldn’t be ‘America’ at all,” Ivey said. “Here in Alabama, we don’t rely on the permission of gun-control loving liberals to exercise our God-given constitutional rights. We demand them, and no one will ever take them away. I know they won’t be taking my Smith and Wesson. In Alabama, ‘we dare defend our rights’ isn’t just a motto – it’s a way of life. I will always defend the right to keep and bear arms.”

Ivey earned an “A” rating from the NRA. This grade is reserved for candidates with “an excellent record on critical Second Amendment issues.” In addition to constitutional carry, Ivey has also opposed gun control efforts such as banning commonly owned firearms and magazines while supporting a strengthening of Alabama’s preemption statute.

“We can count on Kay Ivey to protect the rights of Alabama’s law-abiding gun owners. We urge all NRA members, supporters, and outdoorsmen in Alabama to vote Kay Ivey for governor in the May 24 primary election,” said Jason Ouimet, chairman of the NRA Political Victory Fund.