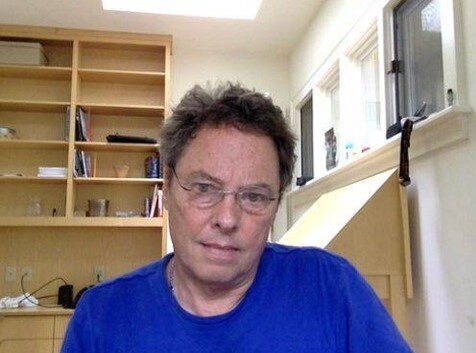 TEHRAN – American political analyst Martin Love is of the opinion that the recent shooting in the New York subway station mirrors anger and violence entrenched in American society.

“The facts include witnessing a society in the U.S. that is suffused with anger and violence,” Love tells the Tehran Times.

“It’s exactly what the Muslim historian Ibn Khaldun centuries ago warned against: the loss of ‘group solidarity’ – what he called in Arabic ‘assabiya’,” he argues.

While there is no question that violence has been ramping up in big cities, Love believes that random violence is not solely confined to big cities in the U.S.

Following is the text of the interview:

Q: What are the implications of shooting at a subway station in New York City? Is the level of violence in big cities ramping up?

A: There are no mere implications, but there are facts. And the facts include witnessing a society in the U.S. that is suffused with anger and violence. It’s exactly what the Muslim historian Ibn Khaldun centuries ago warned against: the loss of “group solidarity” – what he called in Arabic “assabiya”. And random violence is not solely confined to big cities in the U.S. But there is no question that violence has been ramping up in big cities. Take last year. Last year one tracker of shooting incidents reported a total of 693 mass shootings in the U.S. 303 of the total allegedly resulted in zero fatalities. But over 700 people died all told and over 3000 people were injured. If one were to add in all gun violence, in which less than four individuals were killed, the numbers would be off the charts higher, and the numbers above only include those victims in the single year of 2021.

Q: Why are the American administrations unable to put a real restriction on gun bearing? Is the problem in regulations or in public culture?

A: The problem lies both in the absence of effective regulation and in the overall public culture in the U.S. Some U.S. states have even been loosening gun laws that prohibit citizens from carrying guns concealed or openly. This argument seems to be that those who would commit gun violence against others might be deterred if they thought law-abiding citizens might be carrying a gun and thus potential victims can defend themselves. Washington is dominated by big lobbies like AIPAC, which condones violence in Palestine against the natives where full Apartheid has taken hold, and the National Rifle Association (NRA), which has long advocated the alleged “right” for citizens to bear arms as indicated in the U.S. Constitution. It’s an utter shame. The other problem is that most Americans are rather ignorant even though their votes are fervently sought by politicians, some of whom are willing “buy” votes by condoning ownership of assault rifles and handguns. And generally, U.S. foreign policies are violent. Feeding arms to the hapless Ukrainians now to keep the war going there to “bleed” Russia, rather than insisting on diplomacy and peace, is just one current example.

Q: How do you see the role of weapon businesses in hampering any process to restrict gun bearing?

A: Weapon businesses and manufacturers simply want to make money selling arms. That’s their incentive to hamper the kind of legislation that would make weapon sales illegal. It’s pure business for them.

Q: How do you see the role of public media in spreading violence?

A: One can hardly turn on a TV or go to the cinema in the U.S. and not be confronted with “entertainment” that includes a lot of violence. If the shows are not sci-fi garbage catering to teenagers, there are dark and ugly sagas of mayhem, social discord and quite frankly, insane characters. “Family” entertainment hardly exists any longer.

Q: Do you think Biden’s policies to restrict gun bearing are efficient?

A: The alleged perp in the NYC subway shooting was a 62-year-old Black man who once he was identified turned himself into police. One assumes he did not want to get shot by police but the public waits to find out what his motivations were and more about him. It’s a bit mystifying why this particular shooting incident, which has been deemed “terrorism” and for which the perp will face life in prison, has had such an impact because incidents like this have become relatively common. The Biden Administration has made some noises about tightening gun laws but Biden on this issue is out to lunch by not simply pushing laws that make some kinds of guns like the Glock 17 the perp used illegally with steep penalties and sanctions. Biden’s Presidency has all but failed and the upcoming Congressional mid-term elections are likely to be a debacle for the Democratic Party. Fresh faces and leadership across the board for advocates of sane policies on so many pressing matters are sorely needed, and the GOP does not offer hope for change, and maybe worse. Biden is way out of his depth at almost 80 and is senile if recent press conferences are any indication of his mental capacity. As the great Irish poet W.B. Yeats wrote long ago: the center cannot hold, the falcon cannot hear the falconer.