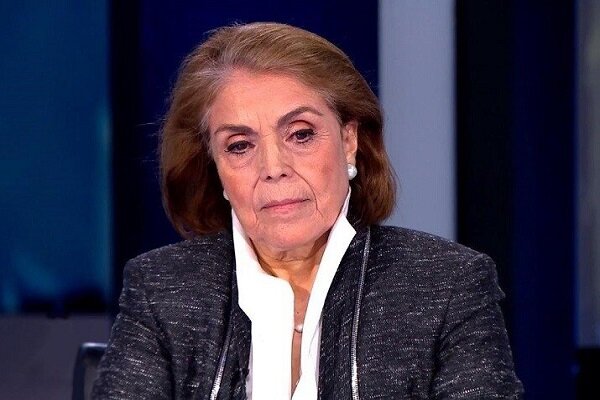 TEHRAN – Shireen Tahmaasb Hunter, a professor of political science at Georgetown University, says many American citizens are of the opinion that carrying guns is necessary for self-defense and protecting democratic rights.

“Many Americans believe that bearing arms and having the right to organize militias is necessary to retain the peoples’ democratic rights and prevent the emergence of a dictatorship. Others see having guns necessary for self-defense,” Hunter tells the Tehran Times.
Pointing to the Second Amendment of the U.S. Constitution that guarantees the right to bear arms, Hunter emphasizes that “inclusion of this right in the Constitution is the reflection of the times just after the American Revolution when the country still faced threats from foreign sources.”

A subway attack in Brooklyn on Tuesday morning left at least 29 people shot or otherwise injured, shaking a city already unnerved by a sharp rise in crime.

Certainly, television and films have contributed to the development of a culture of violence. A “mumbling” lone gunman in a reflective vest and a gas mask threw smoke bombs into a subway car in Brooklyn and then began shooting at the height of the morning rush, with the manhunt continuing into the evening as new details emerged in the probe.

None of the injuries were considered life-threatening. Authorities said a magazine jammed in the gun, which possibly saved lives.

Following is the text of the interview about the causes and implications of incidents like Brooklyn:

Q: What are the causes and consequences of a shooting at a subway station in New York City? Is the level of violence in big cities ramping up?

A: Any time a shooting happens, be it at a school, a shopping mall, and now the subway, it raises the level of public anxiety. In the last two years, shootings in public places have increased. This development is likely to strengthen those who have been arguing for more effective policing. This will also undermine the so-called progressives, who have been advocating the reduction of funding for the police. In the forthcoming midterm elections, issues related to law and order could become more important and could undermine Democrats’ chances to win the elections.

Q: Where is the problem when it comes to restricting gun bearing? Who should be blamed? Legislative establishment or the public culture?

A: The Second Amendment of the U.S. Constitution guarantees the right to bear arms. The inclusion of this right in the Constitution is the reflection of the times just after the American Revolution when the country still faced threats from foreign sources. Rightly or wrongly, many Americans believe that bearing arms and having the right to organize militias is necessary to retain the peoples’ democratic rights and prevent the emergence of a dictatorship. Others see having guns necessary for self-defense.

Q:  How do you see the role of weapon businesses in hindering the legal process to restrict gun bearing in the U.S.?

A: Shootings are mostly the result of people having easy access to small arms. The manufacturers of this type of arms are not as powerful as those who produce sophisticated and heavy arms. The most influential lobby in this regard is the National Rifle Association or NRA. More than the profit motive it is the belief that bearing arms is a defense against the dictatorship that stymies gun-control efforts.

Q: How do you see the role of public media like cinema and films in spreading violence?

A: Certainly television and films have contributed to the development of a culture of violence. But data shows that a good number of people involved in mass shootings are mentally disturbed or suffer from serious mental illness. What is needed, in addition to other measures, such as making the obtaining of arms more difficult, is to improve care for the mentally disturbed. However, here, too, the government’s hand is tied. Many human rights organizations, such as the American Civil Liberties Union (ACLU), oppose restricting the movement of such people. Also, often only it is after a shooting or similar incident that a person’s mental illness becomes clear.

Q: Do you think Biden’s policies to restrict gun bearing are effective?

A:  Because of the factors cited above, so far, efforts to curb gun violence and limit gun ownership have failed. President Biden’s administration is no exception. Passing gun laws requires the cooperation of Congress. But many Congressmen and Senators, especially the Republicans, oppose such measures. However, the most significant barrier to gun control is the continued belief of a large number of Americans that bearing arms is guaranteed by the Constitution, it is a guarantee against dictatorship, and thus should not be tampered with.