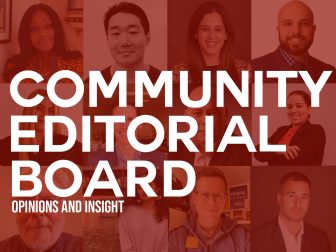 Gov. Ned Lamont has presented a new $64 million gun-control package and he has set his sights on ghost guns and gun buy-backs.  Some of his proposals are smart and strong, while others merely sound smart and make us feel good.

But until we change the way that we understand and debate the issue, we are not likely to have an impact on the epidemic of guns and gun violence in Connecticut.

Even the most passionate advocates for gun control legislation qualify their remarks by saying, “I respect the 2nd Amendment and the right of every citizen to own guns…”  This concession relinquishes 50 yards of playing field even before the debate has begun.

The NRA and gun manufacturers love that most Americans are passively doing their rhetorical work for them.   So, let’s re-adjust our understanding of the 2nd Amendment.

I respect the 2nd Amendment, but it’s got nothing to do with an individual’s right to bear arms.

America has a bad case of amnesia about our history of gun regulation.  As shocking as it might seem to anyone younger than Social Security age, for most of our nation’s history, there has been near-unanimous consensus that the 2nd Amendment does NOT confer an individual right to own or carry a firearm.

Public perception and debate only changed a little more than a generation ago.  Until recently, this has been the overwhelming consensus among Americans and in the courts.  Ever since the aftermath of the War of 1812 (when veterans returned home from war with their firearms) the federal government has regulated and restricted the right to bear arms, and did so without political controversy.

According to “A Well Regulated Right: The Early American Origins of Gun Control,” by Saul Cornell and Nathan DeDino, during the decades after the Revolutionary War, the sale of firearms was forbidden to Catholics, slaves, indentured servants, and Native Americans.  And contrary to the images of the “Wild West” from movies, frontier towns of the 1800s often required visitors to surrender their guns to the sheriff before entering the town.

In U.S. v Miller in 1936, the Supreme Court ruled on a case involving the National Firearms Act, (which was passed after the St. Valentine’s Day Massacre).  In that case, the Court ruled unanimously that the 2nd Amendment pertains to militias and not to individual rights.

For nearly 80 years, the doctrine established by US v. Miller; the 2nd Amendment as a “collective right” and not an individual right, has been considered “established law” and the controlling precedent by the court.

For most of its history, the NRA’s stance was actually very pro-gun control. That did not change until the mid-1970s. Because of the JFK, RFK, and MLK assassinations in the 1960s, strong gun control legislation was passed and gun ownership declined sharply. It was this decline in gun ownership that triggered the rabid pro-gun-at-all-costs transformation of the NRA.

But in 2008, in District of Columbia v Heller, Supreme Court Justice Antonin Scalia wrote for the majority, ruling that the 2nd Amendment did create an individual right to bear arms.  That is – literally – the first time the high court took this position.  In his ruling, however, Scalia was careful to stress the limited nature of the court’s ruling. “Like most rights, the right secured by the Second Amendment is not unlimited. [It is] not a right to keep and carry any weapon whatsoever in any manner whatsoever and for whatever purpose.”

Unfortunately, a stalemated, do-nothing Congress and a conservative Supreme Court are not likely to come anywhere close to doing the right thing anytime soon. We must focus, therefore, on making the Governor’s proposals and the state legislature’s bills as effective as possible.

The governor’s first proposal is the establishment of a gun-tracing task force in collaboration with the federal government. Sounds like a good idea – tracking the interstate flow of illegal guns – but there isn’t much help the federal government can offer without the cooperation of all of the source states where those guns originate. And they have no desire to help.

Up next is the proposed creation of a statewide community violence intervention program. This too sounds pretty good on paper, at least until you begin to ask, “How do you intervene to prevent community violence without addressing the root causes of crime, such as joblessness, lack of educational opportunity, drugs, poor housing, and lack of childcare?”

The governor’s proposed requirement to register all pre-2019 “ghost guns” is an excellent idea, but it requires real enforcement teeth. And that begins with “ghost gun” manufacturers and retailers. Pardon the mixed metaphor, but neither the governor nor the legislature has the stomach for that kind of teeth.

The governor’s remaining proposals for responsible gun legislation are actually pretty strong and deserve our full-throated support.  These are the kinds of changes that could actually bring a reduction in crimes where guns are used, as well as tragic accidents involving guns.  We need to take a minute and tell our local representatives and state senators that this is the least that they can do and they need to get it done.

Kudos to Gov. Lamont’s responsible gun legislation proposal, but first let’s not buy into the misconception that the 2nd Amendment confers a sacred individual right to bear arms.

Mark Robinson of Ridgefield is a member of the CTMirror Community Editorial Board.