Oklahoma GOP chairman calls for Dr. Fauci to be ‘put in front of a firing squad’ for ‘forcing’ mask and vaccine mandates on Americans

By Alex Oliveira For Dailymail.Com

The Oklahoma Republican Party chairman who posted a photo of his family holding automatic weapons and compared vaccine mandates to wearing the Star of David  has called for the execution of Anthony Fauci by firing squad.

John Bennett, 47, who is running for US Congress in Oklahoma’s June GOP primary under the slogan ‘conservative to the core,’ made the comments to a cheering crowd during a campaign stop.

Raging about opponents like ‘communist Democrats‘ and ‘establishment RINOS,’ Bennett made the usual claims that the 2020 election was stolen, and declared a war with ‘bureaucrats who have forced vaccine mandates on us, mask mandates on us.’ 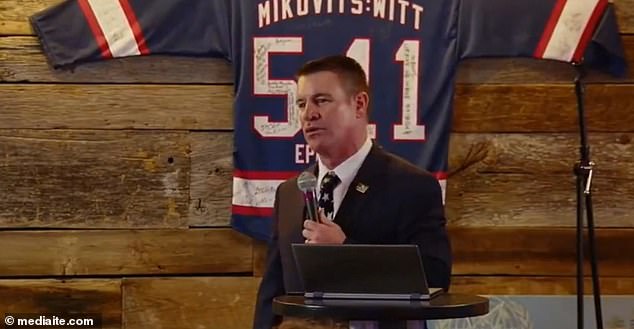 John Bennett, Chairman of the Oklahoma Republican Party, said that Anthony Fauci should be executed for vaccine and mask mandates at a recent campaign event 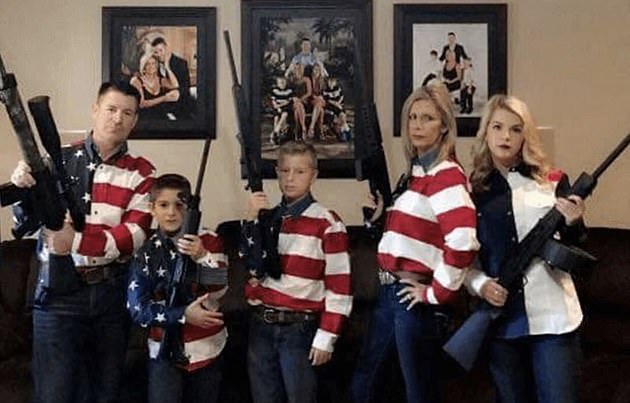 Bennett (left, with gun) alongside his family (right of Bennett, with guns) is running to be Oklahoma’s second district representative to the U.S. Congress in the state’s June primary

‘And you know what? They’re pushing this wokeness confusion down our throats now.’

Then he added, ‘And by the way, we should try Anthony Fauci and put him in front of a firing squad.’

The crowd cheered and applauded in response.

‘And for the Secret Service, if they’re listening,’ Bennett continued in a hushed voice, ‘I’m not advocating we kill Anthony Fauci until he’s convicted of his crimes through a court.’

The comments are only Bennett’s latest foray into far-right controversy. 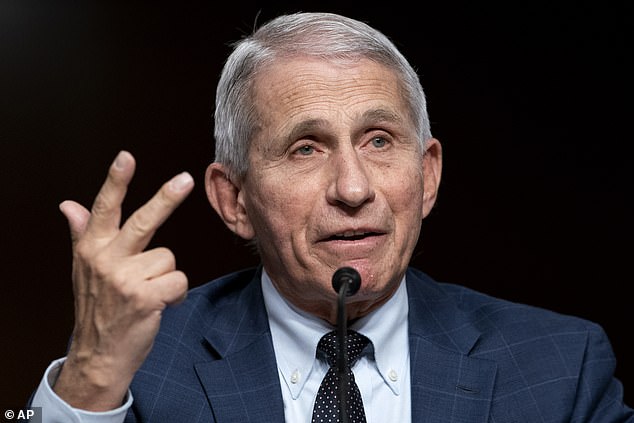 Bennett noted that Fauci (above) should only be executed after he has been given his day in court. The crowd at the event cheered and laughed in response to his comments

In 2016, the Marine Corps veteran who served in Iraq and Afghanistan gave a talk in which he presented Islam as an organization founded on violence.

‘The Quran… 90% of it is violence,’ Bennett said during the talk, which came complete with an accompanying PowerPoint presentation.

During a 2017 run for the Oklahoma State House, Barrett distributed a flyer with a picture of his family clad in American-flag shirts and carrying assault rifles that exclaimed ‘only one candidate for State House is endorsed by the NRA!’

Last July, in a post on the Oklahoma Republican Party Facebook page, Bennett compared COVID vaccine mandates to the Star of David patches European Jews were forced to wear to identify themselves in the early days of the Holocaust.

‘Those who don’t KNOW history, are DOOMED to repeat it,’ the caption read along with a photo of a Jewish-star patch with ‘Unvaccinated’ printed across it.

On Tuesday, video of Bennett’s comments about Fauci were posted on the Twitter account Right Wing Watch, which posts videos of the claims of far right organizations.

Bennett is running to represent the Oklahoma’s second district in the U.S. Congress.

He was elected Chairman of the Oklahoma Republican Party a year ago in April 2021. 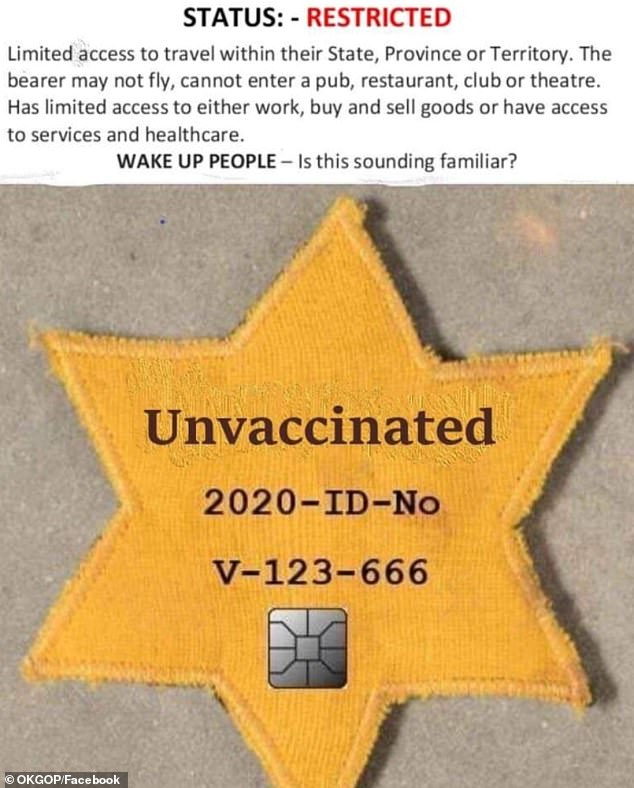 In July 2021 Bennett posted this image on the Oklahoma Republican Party Facebook page, comparing vaccine mandates to star-patches Jews had to to wear during the Holocaust

Biden Targets Anyone Who Has Ever Bought a Semiautomatic Weapon: ‘No Social Redeeming Value’
Ron Porter: Cutting the deadly threads is difficult
COLUMN: The shame of hopelessness | BIDLACK | Opinion
Matt Gaetz Slammed for Constitutional Carry Tweet: ‘People Will Die’
Chuck Haga: Thanksgiving’s over. Now let’s get to work on changing the world – Grand Forks Herald