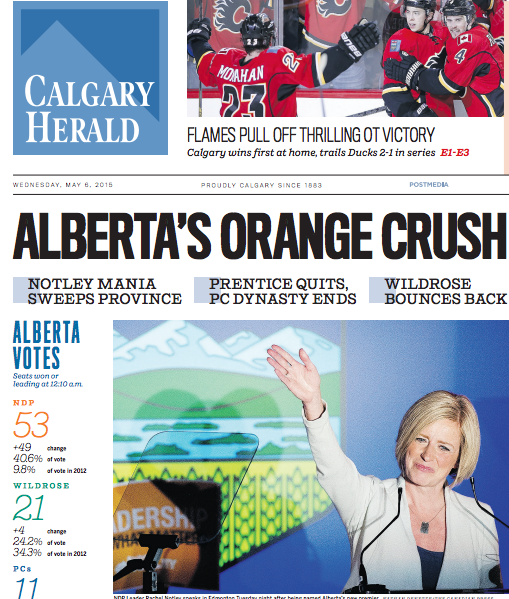 In 614, Persians seized Jerusalem and captured the True Holy Cross that St. Helena had placed there after finding it. It would be years before the Christians would recapture it.

In 1045, Pope Gregory VI was elected the 148th successor of Peter. He was credited with forming the first pontifical army.

In 1778, France allied herself with the rebellious American colonies against Britain.

In 1788, Vancouver Island was claimed for Spain by Capt. Esteban Martinez.

In 1813, Christian existentialist writer Soren Kierkegaard was born in Copenhagen, Denmark. The author of Either/Or believed no philosophical system could explain the human condition; the experience of reality was what mattered, not the “idea” of it.

In 1814, a small British and Canadian fleet destroyed the United States naval base at Oswego, N.Y. The Americans were outnumbered by more than two to one. The victory re-established British control of Lake Ontario for the remainder of the War of 1812.

In 1821, former French emperor Napoleon Bonaparte died in exile on the Atlantic island of St. Helena at the age of 51.

In 1893, panic swept the New York Stock Exchange. Factors including the bankruptcy of a major railway and shrinking national gold reserves were blamed.

In 1900, Pte. Richard R. Thompson of Ottawa was awarded the Queen’s scarf for gallantry during the Boer War. Knitted by Queen Victoria, the scarf was awarded only seven times. Queen Victoria crocheted five Scarves of Honour during the war in South Africa for presentation to “soldiers in Forces of her Overseas Dominions.” Thompson, who died in 1908, served with the 2nd Special Service Battalion. His scarf is on permanent loan to the National War Museum.

In 1912, the first issue of the Soviet Communist party newspaper “Pravda” was published.

In 1925, schoolteacher John T. Scopes was charged in Tennessee with violating a state law that prohibited teaching the theory of evolution. (Scopes was found guilty, but his conviction was later set aside).

In 1950, waves caused by 80-km/h winds broke through dikes surrounding Winnipeg. The water inundated the Manitoba capital, forcing one-third of the population to leave their homes. The flooding left one person dead and caused $100 million in damage. 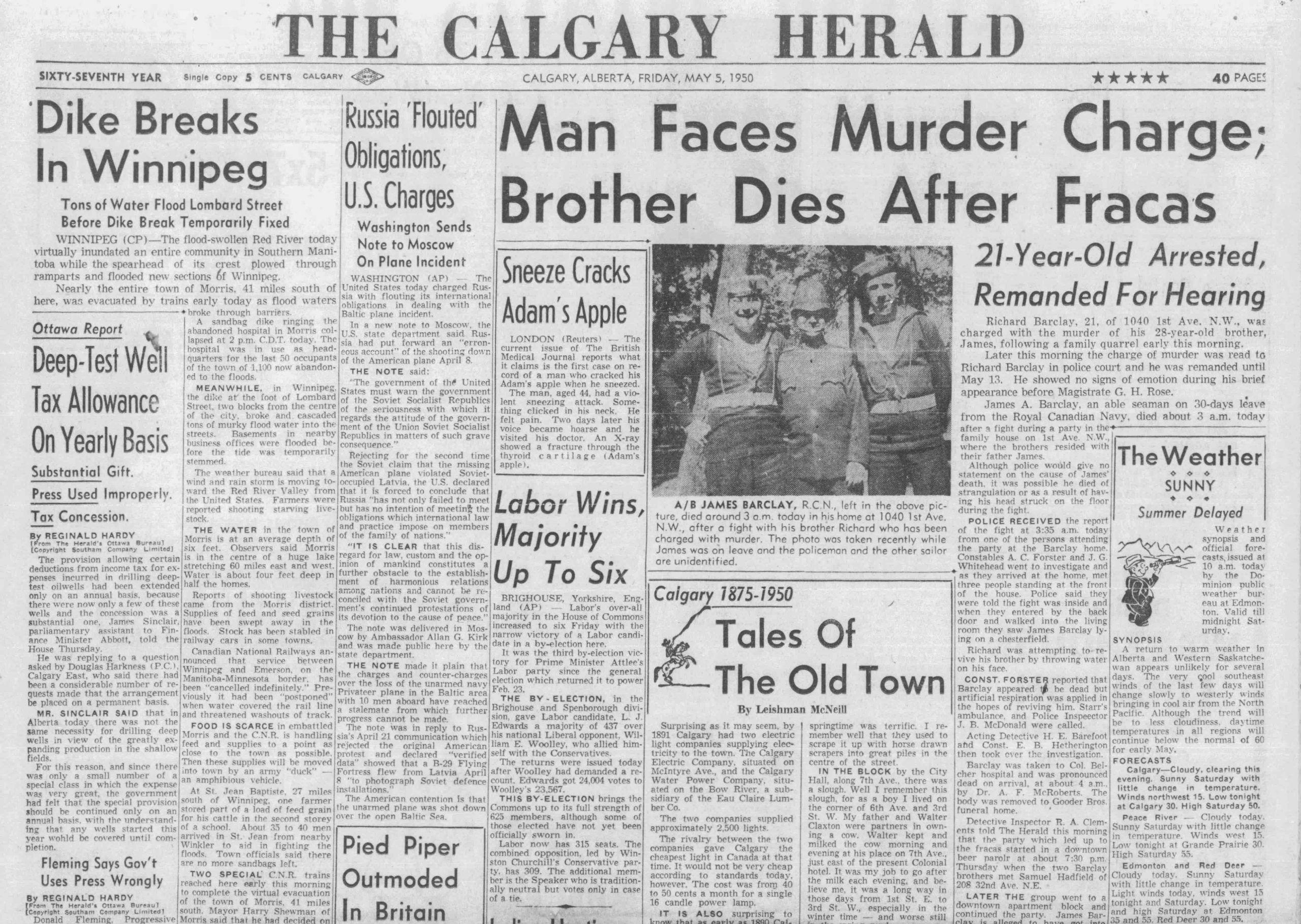 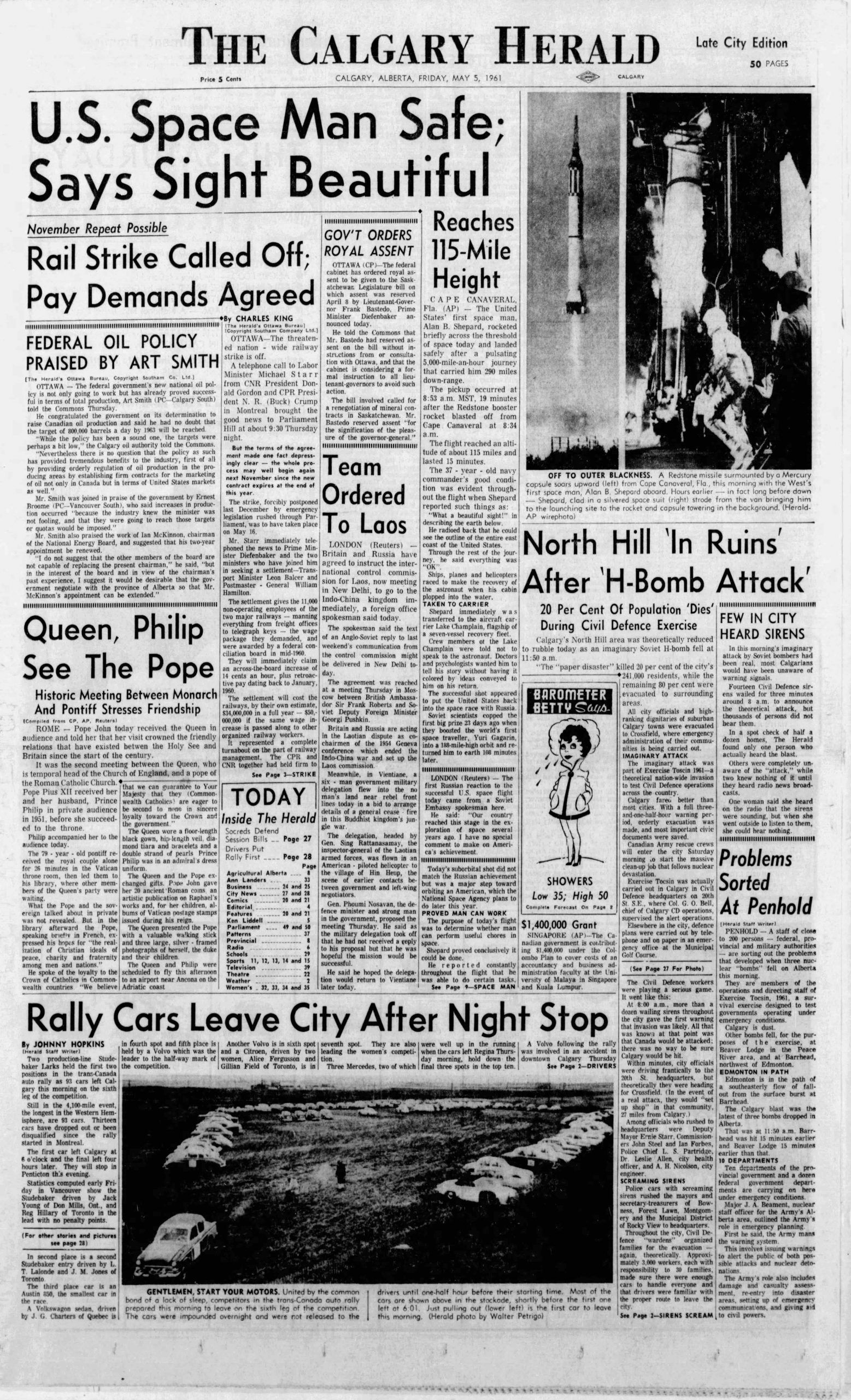 In 1973, New Brunswick-born jockey Ron Turcotte rode Secretariat to victory in the Kentucky Derby in a record time of one minute, 59.4 seconds. “Secretariat,” considered by many to be the greatest race horse ever, went on to become the first Triple Crown winner in 25 years.

In 1980, Canada’s Cliff Thorburn defeated Alex Higgins to become the first player from outside the British Isles to win the world pro snooker title.

In 1981, IRA hunger striker Bobby Sands died in a Belfast prison after refusing food for 66 days. Sands, who was the Member of Parliament for Fermanagh/South Tyrone, was born in 1954 in north Belfast. Sentenced to 14 years on a gun charge, Sands and other hunger strikers were demanding, among other things, the right to wear their own clothes, to be able to associate freely and have access to visits and mail. He spent the last days of his life on a water bed to protect his bones.

In 1988, broadcasting history was made with the first live broadcast from the top of Mount Everest. A Japanese network financed the $10 million Japan-China-Nepal expedition, during which a record 12 climbers reached the world’s highest peak on the same day.

In 1999, Indonesia and Portugal signed an agreement leading to independence for East Timor.

In 2002, Hells Angels leader Maurice “Mom” Boucher was convicted in Montreal of two counts of first-degree murder for ordering the killings of two prison guards.

In 2003, at least 38 people were killed as tornadoes flattened communities across Missouri, Kansas and Tennessee.

In 2005, Tony Blair’s Labour party won an unprecedented third term in office but with a sharply reduced majority in the British Parliament.

In 2006, Prime Minister Stephen Harper and Quebec Premier Jean Charest signed an agreement that gave Quebec a greater role on the international stage with a semi-formal presence at UNESCO.

In 2006, the Supreme Court of Canada ruled that hosts of private house parties are not responsible for the actions of their drunken guests once they leave the premises.

In 2006, Sudan’s government and the largest Darfur rebel group signed an agreement to end a three-year civil war that sparked one of the world’s worst humanitarian crises in western Sudan.

In 2007, a Kenya Airways jet crashed into a forest outside Cameroon in central Africa, killing all 114 people aboard.

In 2008, Livent Inc. co-founders Garth Drabinsky and Myron Gottlieb, once the largest producer of live theatre in North America, pleaded not guilty to defrauding creditors and investors of millions of dollars as their trial opened in Toronto. They were eventually found guilty.

In 2009, the European Union voted to ban imported seal products from Canada.

In 2010, Karlheinz Schreiber, a German-Canadian arms lobbyist whose dealings with Brian Mulroney saw the former prime minister defend himself at a public inquiry, was found guilty of evading taxes in Germany and sentenced to eight years in prison for not declaring money he allegedly received as kickbacks for the sale of tanks to Saudi Arabia in the 1990’s. Schreiber was arrested in Canada in 1999 under a German warrant. He was extradited to Germany for trial in August, 2009, after losing a 10-year battle to remain in Canada. (In September 2011, Germany’s top criminal court threw out the conviction and ordered a retrial. In late 2013, he was again found guilty and sentenced to six-and-a-half years in prison.)

In 2011, an Ontario court ordered Blockbuster Canada be sold to pay off $70 million in debts racked up by its former U.S. parent. Liquidation sales began at 146 outlets at the end of the month. On Sept. 7, court approved the final windup of the company. Its remaining 253 stores closed Sept. 30.

In 2011, Claude Stanley Choules, the last known combat veteran of the First World War, died in an Australian nursing home. He was 110. He refused to submit to his place in history, becoming a pacifist who wouldn’t march in parades commemorating wars like the one that made him famous.

In 2012, Canadian-owned “I’ll Have Another,” a 15-1 longshot, blazed past highly regarded Bodemeister to win the Kentucky Derby by 1 1/2 lengths. The colt stormed out of post No. 19 — the first winner from there in 138 runnings.

In 2015, Rachel Notley led the New Democrats to a historic first victory in the Alberta election. The majority victory toppled the Progressive Conservative dynasty that had been in power since 1971 and drove leader Jim Prentice from politics. The NDP took 53 seats while the Wildrose party captured 21 to form the official Opposition. The once-mighty PCs were reduced to 10 seats.

In 2018, Justify splashed through the slop to win the Kentucky Derby by 2 1/2 lengths, the sixth consecutive favourite to win the first leg of thoroughbred horse racing’s Triple Crown.

In 2020, Statistics Canada reported that Canada’s trade deficit grew from $894 million in February to $1.4 billion in March. Both exports and imports fell due to the economic slowdown caused by COVID-19, but the trade deficit was not as steep as the $2-billion figure economists had predicted.

In 2020, Britain became the first European country to confirm more than 30,000 deaths due to COVID-19, surpassing the death toll in Italy.

In 2020, Prime Minister Justin Trudeau deflected questions about why it took more than 12 hours for the Canadian Armed Forces to confirm a military helicopter had crashed off Greece on April 29. He also didn’t address questions about when he found out that horrified crew members on board a Halifax-class frigate had watched it go down. Trudeau said the military followed protocols around informing the next of kin of the six Armed Forces members aboard as quickly as possible and for sharing information with the public. The military did not confirm a crash until the next day, after NATO had already reported the same thing.

In 2021, a second Canadian died from a rare blood-clot disorder after receiving the Oxford-AstraZeneca COVID-19 vaccine. Alberta’s chief medical officer of health said a woman in her 50s died in a case linked to so-called VITT — or vaccine-induced immune thrombotic thrombocytopenia.

In 2021, Health Canada said the Pfizer-BioNTech vaccine could now be given to kids as young as 12. The vaccine was previously authorized for anyone at least 16 years of age or older.

In 2021, New Brunswick health officials reported the province’s first death of someone who developed a blood clot after receiving the Oxford-AstraZeneca vaccine. Chief medical officer of health Dr. Jennifer Russell said the individual in their 60s received the vaccine in mid-April and developed symptoms a week later. She said the person was admitted to hospital and died two days later.

Sign up to receive daily headline news from the Calgary Herald, a division of Postmedia Network Inc.

Thanks for signing up!

A welcome email is on its way. If you don’t see it, please check your junk folder.

The next issue of Calgary Herald Headline News will soon be in your inbox.