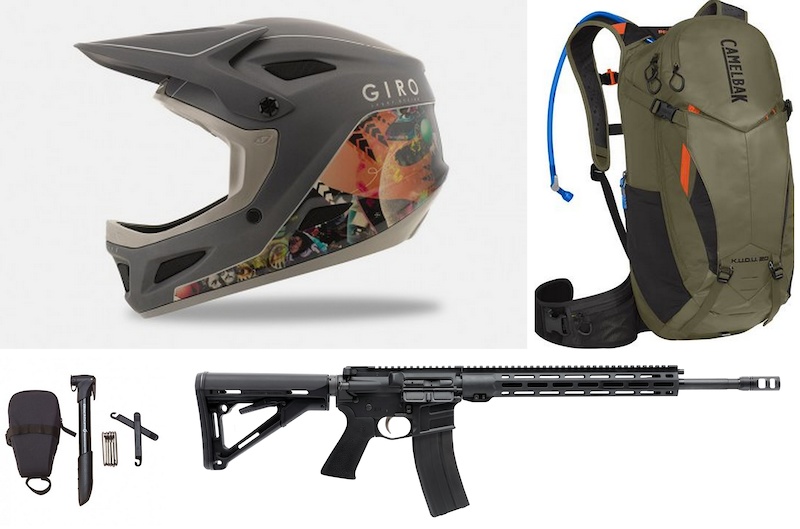 Vista Outdoor, the parent company of Camelbak, Giro, BlackBurn, and Bell – along with shooting sports and ammunition brands – has decided to split into two distinct companies to separate its shooting and its non-shooting categories.

In today’s release announcing the split, the company cited wanting to increase strategic focus and capital allocation for each branch, strengthen the companies’ ability to attract and retain employees, and better position both companies to acquire and partner with related brands. The release did not mention the controversy that surrounded the company in 2018, when the outdoor industry reckoned with its relationship to gun violence.

Vista Outdoor came under fire in the wake of the Stoneman Douglas High School massacre in Parkland, Florida, when consumers and retailers alike faced decisions about where they put their money. At the time, Vista Outdoor also owned firearm brands Savage Arms and Stevens, along with ammunition brands. Those connections, along with Vista Outdoor’s support of the National Rifle Association, spurred an outcry that led REI, Canada’s MEC, and several other major retailers to stop purchasing from Vista Outdoor. They resumed their business relationships after Vista Outdoor sold Savage Arms and Stevens, but retained its ammunition brands.

In 2020, Vista Outdoor acquired another ammunition brand, Remington. The separation of what is now called Sporting Products – to be renamed – from Outdoor Products – also to be renamed – means it can court investors and partners that would be alienating to the other company. The now-two companies will be publicly traded and fully independent of each other, and current CEO Chris Metz will continue with Outdoor Products, which will be based in Bozeman, Montana. Sporting Products will remain in Anoka, Minnesota, and will be led by Jason Vanderbrink, who has previously led the shooting side of Vista Outdoor.

Like the rest of the outdoor industry, Vista Outdoor has seen significant gains throughout the last two years, reporting a 37% sales growth in its 2021 fiscal year. Within the Outdoor Sports segment, sales rose 18% to $1.3 billion and gross profit increased 24% to $399 million. Company-wide sales exceeded $3 billion for the year and gross profit increased by 75% to $1.1 billion.

“We Are Not Waiting To Do What’s Right” – Gov. Carney Signs 6 Gun-Related Bills – WGMD
Legal expert speculates whether Supreme Court will destroy Congress’ new gun safety bill next – Raw Story
Your thoughts on serving both God and guns
Winners and Losers of the Week in Florida politics — Week of 6.19.22
Biden signs into law landmark gun control bill