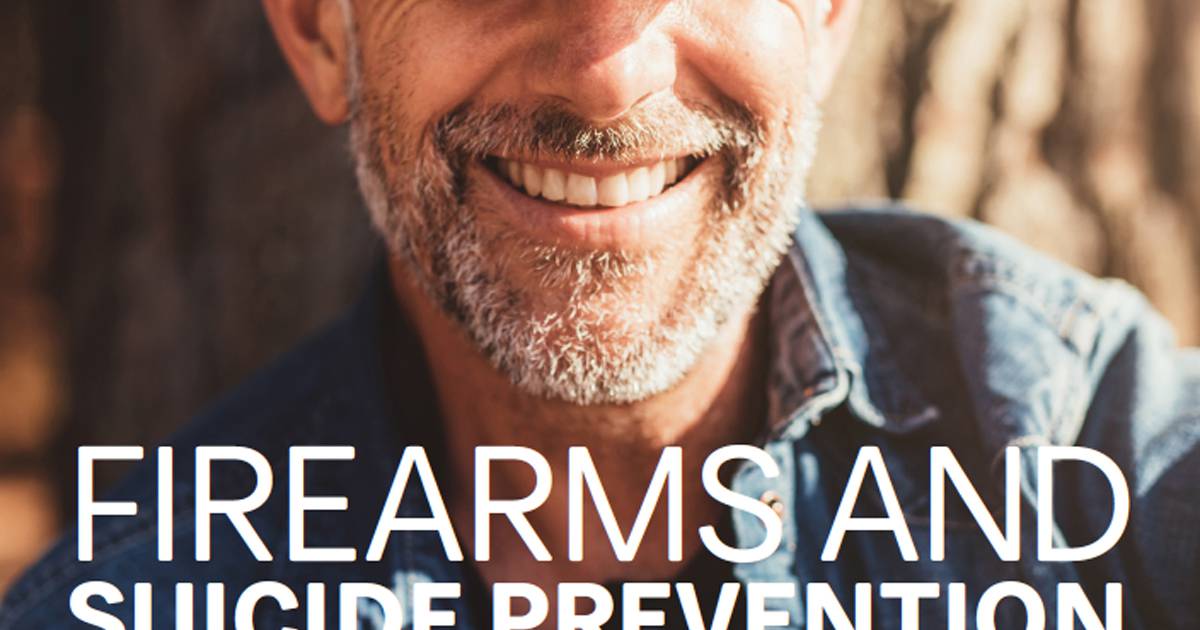 For all the attention given to the recent rise in homicides across the United States, more Americans die each year as the result of self-inflicted gunshot wounds than from gun-involved homicides. In 2020, for example, 54% of 45,222 gun deaths were classified as suicide, while 43% were murders, and the remaining 3% were accidental, according to the Centers for Disease Control and Prevention. These are the facts, but they are not always widely known by the general public. Just ask the friends and families of those who took their own lives: Often, they did not realize how commonplace such behavior is, and, even if they did, many were likely unaware of the steps that might be taken to prevent such a tragedy — including installing a trigger lock for as little as $10 spent at the local hardware store.

That’s why requiring local firearms dealers to distribute and display a pamphlet developed by the local health department warning of this risk, along with information on mental health and conflict resolution, would seem like a modest but important public health measure. Is anyone pro-suicide? In favor of settling scores by gun? Opposed to gun safety measures? Of course not; or at least they shouldn’t be. And so, an ordinance requiring just that was unanimously approved by the Anne Arundel County Council and signed into law by County Executive Steuart Pittman in early January.

And yet before the requirement could go fully into effect last month, the ordinance was challenged in U.S. District Court by the gun rights group Maryland Shall Issue and four gun dealers: Field Traders and Pasadena Arms, both of Pasadena; Cindy’s Hot Shots of Glen Burnie; and Worth-A-Shot of Millersville. Their argument is that the required brochure is a violation of their First Amendment rights as “compelled speech” (there is a penalty to dealers who do not provide it to customers). Really? It strikes us as roughly the equivalent of requiring employers to warn workers about safety hazards, and seems no greater a burden than providing a printed receipt. It’s certainly far less onerous than the health warnings required on each and every pack of cigarettes sold in the United States.

But what’s especially galling here is that the Anne Arundel pamphlet was developed in cooperation with the National Shooting Sports Foundation, the firearms trade association. The group gave it their blessing, and there are other gun dealers across the country who are voluntarily distributing similar literature. It’s common sense.

Constitutional rights are always a balancing act. The right to free speech famously is offset by the threat posed by falsely yelling, “Fire!” in a crowded theater, which could provoke a potentially deadly stampede for the exits. But if gun rights advocates want the public — particularly the non-gun-owning part of the population — to develop some empathy toward their circumstances, they ought to welcome the chance to demonstrate that they can act responsibly. Filing a lawsuit to prevent their customers from becoming better educated on suicide by firearm screams the kind of Second Amendment absolutism that only hurts their cause.

It is unfortunate that groups like Maryland Shall Issue and the National Rifle Association raise a lot of money on the local and national stage by scaring their members silly with sky-is-falling assessments about gun rights. We do not oppose responsible gun ownership, but polls have consistently shown a lot of Marylanders would like to see further restrictions. The rise in gun suicides during the COVID-19 pandemic, and the local gun dealers’ apparent indifference toward them, add fuel to that fire. Gun dealers, along with their customers, must know that with rights come responsibilities.

Baltimore Sun editorial writers offer opinions and analysis on news and issues relevant to readers. They operate separately from the newsroom.