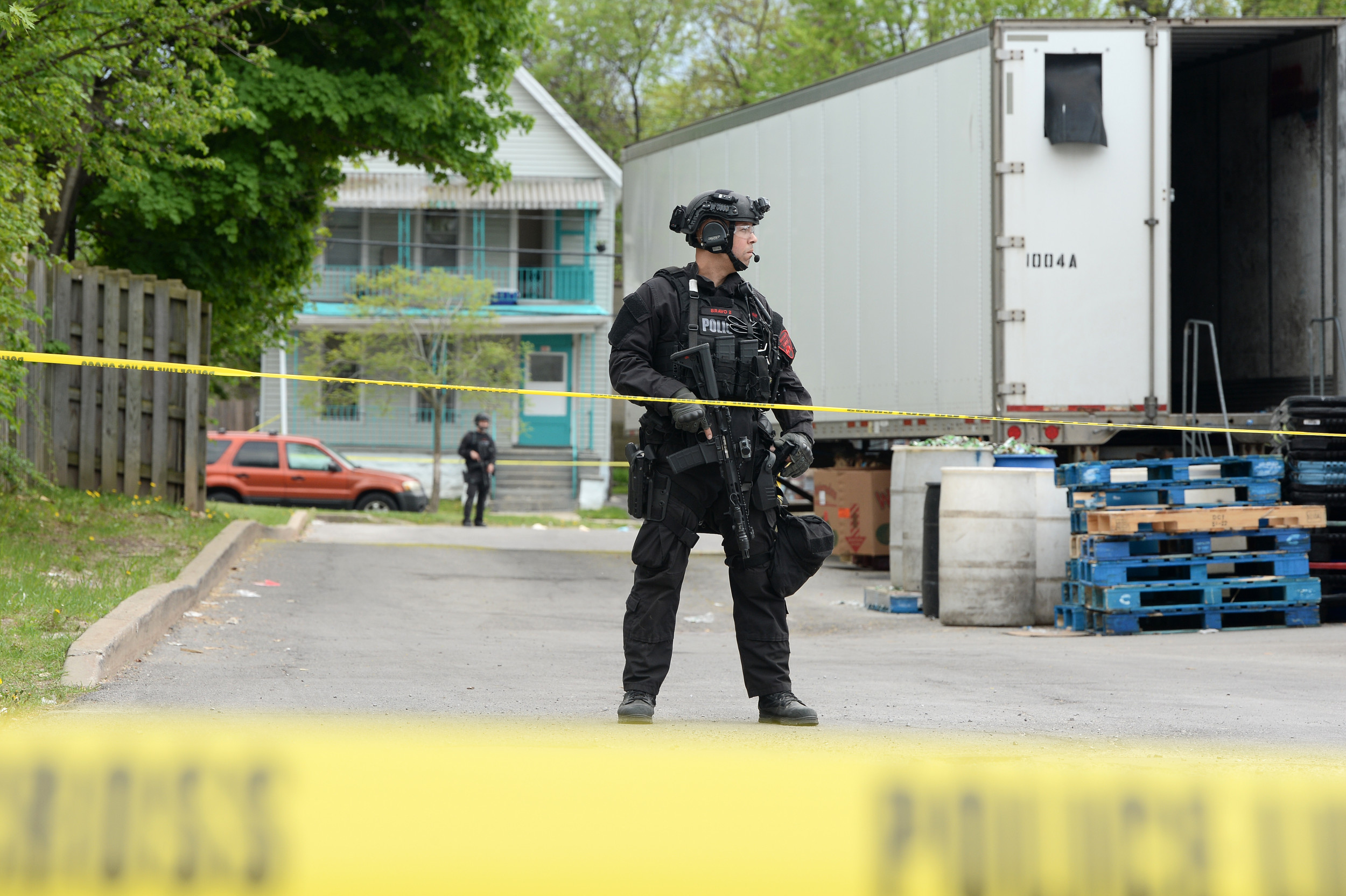 The National Rifle Association (NRA) has been slammed for a tweet posted hours after 10 people were killed in a mass shooting in Buffalo.

Ten people were killed and three others were wounded after a gunman went on a rampage at Tops Friendly Market on Saturday afternoon in what authorities said was “racially motivated violent extremism.”

The suspect was identified as Payton Grendon, a white 18-year-old from Conklin, New York.

In an apparent response to fresh calls for gun control legislation in the wake of the shooting, the NRA tweeted: “Disarming law-abiding citizens and making good people helpless will not make bad people harmless.”

While some backed its stance, many others noted that the store’s armed security guard had tried in vain to stop the gunman and was among the dead.

Shannon Watts, the founder of Moms Demand Action, tweeted: “The NRA leaves out the armed guard, which it advocates for in all public spaces and schools as a solution to America’s gun violence crisis (which it created).”

In another tweet, Watts said the NRA “tried to make us to believe more guns in more places will make us safer, but a security guard with a handgun is no match for the white supremacist they cultivated and then armed with an assault rifle.”

Dave Hogg wrote in response to the NRA’s tweet: “There was an armed guard. He’s dead. That’s what happens when firefights break out in public. You can keep collecting your blood money from gun manufacturers, but don’t pretend to care about the safety of Americans.”

Owen Siebring wrote: “It’s very unsettling when the first response after a mass shooting is not to give respect to the lost lives, but to say, ‘boy, thank goodness for all the guns!’ Maybe just sit today out NRA.”

Richard Ojeda, a retired U.S. Army officer who served in the West Virginia Senate, added that “legislation can beat a bad guy with a gun far more often than a good guy with a gun. Legislators who are willing to stand up to the NRA is what we need if we are ever to curb the gun violence in America.”

Brandon del Pozo, a postdoctoral researcher and former chief of police in Burlington, Vermont, tweeted: “A man carrying a concealed pistol—a retired Buffalo police officer—tried to intervene, his bullets were stopped by the attacker’s body armor, and he was quickly killed. Universal concealed carry is the NRA’s answer to mass shootings. There goes that idea.”

Meanwhile, March for Our Lives slammed U.S. leaders for failing to take action, saying that “our country should have done everything in its power long before today to prevent guns from getting into the wrong hands. Instead, U.S. gun worship empowers this white supremacist violence.”