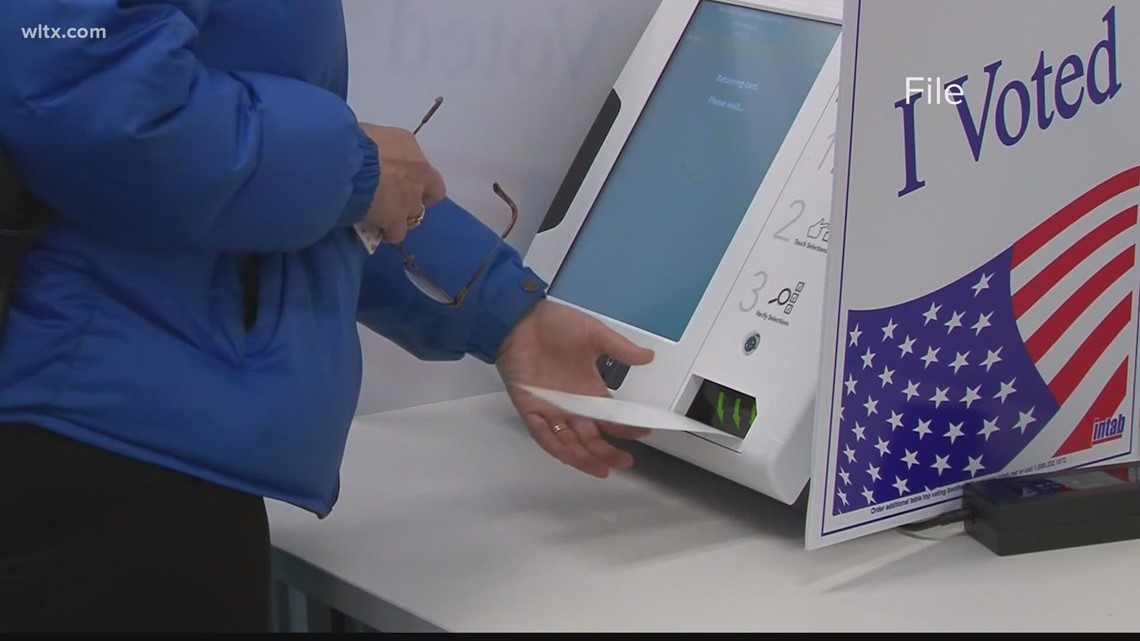 *Jennifer Brecheisen (R) The 39-year-old wedding photographer from Chester is pro-liberty and for term limits. She and her husband got into trouble for voting without masks November 2020 — an election worker cleared out the voting office during a confrontation with Brecheisen. She ran for District 41 in 2020, losing to Annie McDaniel.

*Annie E. McDaniel (D) facebook.com/schousedistrict41 A University of South Carolina graduate and member of Delta Sigma Theta, McDaniel is a retired consultant tax and public administrator. She is a former member of the Fairfield County School Board and believes in accountability in public schools, equality in school funding and more support for classroom teachers and staff. McDaniel works to obtain more accessible healthcare options for all South Carolinians, and enhancing the quality of life for senior citizens.

Note: During the most recent redistricting procedure, Districts 70 and 80 were combined

*Wendy C. Brawley (D) After the death of South Carolina congressman Joseph Neal in February 2017 Brawley won the seat in a special election. Brawley was born in Queens, New York and currently resides in Hopkins, South Carolina. She is married to her husband, Paul, with whom she has two children. The University of South Carolina graduate holds a Masters degree in business administration and management from Webster University, and is the publisher CEO of IMARA Woman magazine. Brawley is a member of the SC Legislative Black Congress.

*Dr. Jermaine Johnson (D) johnsonforsc.com Born in Los Angeles, Jackson earned a full basketball scholarship to College of Charleston, he was drafted and played in the NBA’s D-League and played on teams in Brazil, Mexico, Canada, and Portugal. Returning to South Carolina, Johnson obtained a Doctorate of Business Administration and Organizational Leadership from North Central University. He is married, has three children, and is the owner of Dream Team Consulting and founded New Economic Beginnings Foundation, a nonprofit workforce development organization. Johnson served on the board of commissioners for Richland County Recreation Commission and the board of directors for Richland County Recreation Foundation.

*Vincent E. Wilson (R) Wilson ran against Jermaine Johnson for the District 80 seat in 2020. At that time, his campaign literature stated, “I have signed another term limit pledge pushing for term limits, with your corrupt not-for-profit and lack of term limits, and a proven they’ll do or say anything to stay in office they’re willing to pit the entire country against one another just to stay in office.”

*Nathan Ballentine (R) nathansnews.com Ballentine was born in Richland County and, for almost two decades, has worked, lived, and raise his family in the community named after his ancestors. Nathan and his wife Karen have three children and are involved in Riverland Hills Baptist Church. He is the Chairman of the Regulations Subcommittee in the House Agriculture, Natural Resources and Environmental Affairs Committee. Ballentine does not keep his State House salary, donating it to community groups and organizations. In 2006, he designated funds for scholarships for deserving seniors. In his six years in office, he has returned over $40,000 to his community.

Paul Erickson (R) Erickson lives in Chapin, owns the wireless and IT company Full Cycle Wireless. The fiscal conservative believes in government accountability and transparency, supports the 2nd Amendment, is anti-abortion and wants to restore medical freedom, is against CRT in schools, and would end government mandates. Erickson is married and has four children. He is also a former minor league professional baseball player

*Christopher R. “Chris” Hart (D) chrishartlaw.com Born in Columbia, after graduating high school, Hart joined the military and was deployed to King Khalid Military City near the Iraqi border during Operation Desert Storm. After returning from the Middle East, he received a BA degree from Howard University and his law degree from University of South Carolina. Hart is a member of Omega Psi Phi and an adjunct professor at Benedict College. He sits on the Medical, Military, Public and Municipal Committee in the House.

*Kizzie Smalls (R) Born in Conway, a mom of blended family, Smalls is a licensed Realtor and community advocate. She served on the Georgetown City Planning Commission Board and on the Mitney Project Committee. Smalls is a Public School Advocate for Children and Mentor at Georgetown High School. She is working toward her Juris Masters in American Legal Studies at Liberty University. Smalls has worked as the media director at BLEXIT South Carolina and as a compliance monitoring officer for SC Housing.

*Ivory Thigpen (D) votethigpen79.com Born in Jackson, Mississippi, Thigpen received a degree in biology and pre-med from Jackson State University, and a doctorate at Palmer College of Chiropractic. He also holds a Masters in Divinity from Morehouse School of Religion and is an ordained minister, serving as the Senior Pastor of Rehoboth Baptist Church in northeast Columbia. He and his wife own and operate Restore Chiropractic and Family Wellness and are on the official team physicians for Benedict College Athletics, and American Red Cross first aid and CPR instructors.

*Melissa McFadden (R) @melblueeyes82 According to her Twitter profile, McFadden is America First, a Christian, patriot, writer, mom, and wife. National Rifle Association (NRA) & Gun Owners of America (GOA) member. “One of the most disappointing things about November 2020, is it’s now 2022, and so many MAGA/America First leaders turned out to be cowardly grifters and liars.”