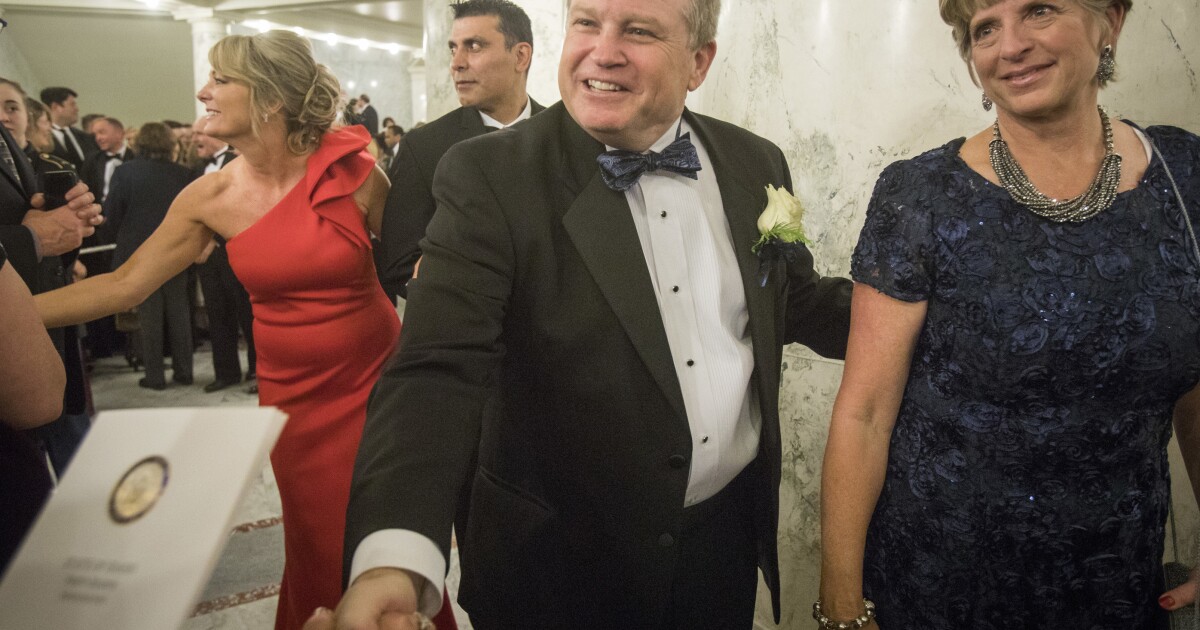 Idaho’s five-term Republican attorney general has handled his duties in the deeply conservative state for 20 years with a strategy he describes as calling legal “balls and strikes.” He’s facing two challengers who see a more activist role for the office.

Lawrence Wasden, a former prosecutor backed by establishment Republicans, is likely in the toughest primary race of his career against former U.S. Rep. Raul Labrador and Art Macomber, a political newcomer who has never held public office.

Labrador, a favorite of the Tea Party during his eight years in the U.S. House, lost to now-Gov. Brad Little in the 2018 Republican primary. The attorney general post could be a stepping stone for another gubernatorial run in 2026.

Macomber, a self-described outsider whose background is in civil litigation, could be a spoiler for Labrador if he siphons off enough votes from far-right Republicans.

He tells lawmakers when he believes proposed laws would likely be struck down by courts, irritating members of his party. They created a Legislative Legal Defense Fund to hire their own attorneys that, critics say, tell lawmakers what they want to hear. The fund, controlled by House and Senates leaders, has spent millions.

“You can choose an attorney general that follows the law or one that thinks he’s a congressional activist or a policymaker,” Wasden said during a debate with Labrador and Macomber last month.

Labrador is upfront in telling conservative lawmakers they’ll have a partner with him in the attorney general’s office.

“This job is not just a legal job, it’s a political job,” Labrador said in the same debate. “I would just be a lot more aggressive.”

Wasden has taken part in multiple lawsuits against the Biden administration but has been criticized for not joining a Texas lawsuit contesting President Joe Biden winning the 2020 election. The U.S. Supreme Court threw out that lawsuit after ruling Texas didn’t have standing.

Wasden said by not participating, he was defending Idaho’s sovereignty because such a lawsuit could allow other states to sue Idaho, interfering with Idaho’s ability to govern itself.

The GOP primary winner will face Steve Scanlin in November, who is unopposed in the Democratic primary. But the Republican primary winner is expected to easily win the general election in the deep-red state.