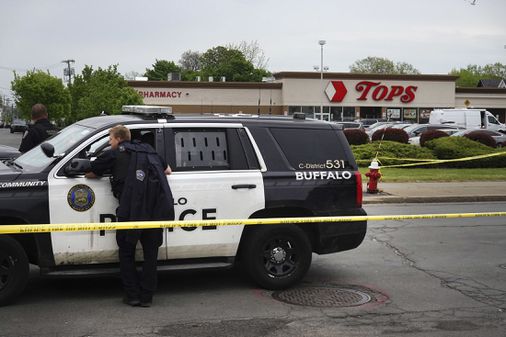 It has been 30 years since any major federal legislation has passed to curb gun violence. In that time, America has had more mass shootings than ever before in its history.

This past weekend was particularly grim. An attack inside a grocery store in a Black neighborhood in Buffalo left 10 dead. In California, one person was killed and five were wounded in a church. Authorities are investigating both as hate crimes.

More than 20 were shot in Milwaukee near an NBA game. In Chicago, Mayor Lori Lightfoot imposed a curfew in one park after a 16-year-old was killed there, one of the five fatalities as 33 people were shot over the weekend.

It has all left many Americans wondering where gun control stands, considering that the Democrats hold both the presidency and the House and Senate.

The big picture answer: It’s going nowhere in Congress. But some efforts are being made by the Biden administration and at the state level. And a third player, the US Supreme Court, will have a major impact.

Get Today in Politics

A digest of the top political stories from the Globe, sent to your inbox Monday-Friday.

Despite Democratic politicians coming to power vowing to do something about gun violence, Congress isn’t even considering a comprehensive bill to address the issue. Connecticut Senator Chris Murphy, a leader on the issue, has conceded that not even his extended background check bill can get the 60 votes necessary to pass the Senate. It’s not just that Republicans won’t back any bill, it’s not even clear that all Democrats would. Remember, West Virginia Senator Joe Manchin once had an “A” rating from the National Rifle Association.

That said, Murphy offered, “It may be that we have to put a vote up in the Senate or in the House to show the American people where folks stand.”

While Congress has been stalled, the Biden administration is using executive orders to broaden the definition of what is an illegal gun, and the Justice Department has undertaken more gun crime investigations.

In April, Biden issued a ban on so-called “ghost guns” that can largely be created by 3D printers and have no ability to be traced. While some may wonder how such a ban could even be enforced, the rule apparently had enough teeth to end one Houston business.

State officials are also taking action. Democratic governors, in particular, have signed some very broad gun control laws, aimed not just at certain types of weapons, but also ammunition. Some “red flag” laws have even passed, enabling police to confiscate guns owned legally from an individual deemed dangerous, at least for a short period of time.

It’s been a big help that the NRA has never been weaker. The organization is not only bankrupt but is fighting in a New York court for its very existence to continue.

The Supreme Court may end up having the most impact of all. Earlier this month, the court ruled that California could not forbid those under 21 from buying assault weapons. And the conservative-minded court is expected to issue a ruling soon over New York’s concealed-carry law, which currently requires applicants to show “proper cause” as to why they need for such a license.

Like immigration and abortion, gun control is an issue where there is a wide gulf between the parties, and Congress has been deadlocked, leaving the states and the high court to step in.