Sorry, no. Everything old that’s new again isn’t great. It’s just backward. The regressive minority Right is bad for individual rights and toxic for the country.

It might work for fake news junkies, Elise Stefanik, and JD Vance when Tucker squeals, “Unfair!” Condescending as he does, in his response to everyone who knows and already understands quite well what their sick “Great Replacement” beliefs are. After the Right and Trump and neo-Nazis have been falsely accusing Democrats and “the elites” (Jews) for years of scheming to “replace” racist white people with black people and immigrants. Tucker explains how he sanitizes language used to talk about the theory in order to make racism acceptable for mainstream Republicans, now that another mass murderer has written down Fox Nation’s stupid thoughts in the actual wacko “manifesto.” A replica of every other racist mass murderer’s “replacement” theory “manifesto.” Tucker says that while that guy was crazy, the version he routinely pedals to his enthralled audience is wholesome, rational, intellectual freedom of thought. It’s everybody else who’s racist, not Fox viewers, the “legacy” real native Americans. Nobody else buys it because it’s a load of crap.

The Right, pundits, and political comedians will never tire of telling Democrats they don’t care about crime. They’ll be repeating “defund the police” with their dying breath if they think it will make them a buck. We had eight mass shootings over the weekend around the country, with fourteen people killed and thirty-nine wounded. Several little old ladies doing their grocery shopping, but the extremist Right in Plumas County thinks they’re super cute. Looks to me like they’d rather separate mass shootings out from “crime” and count them as something else. Since forever, as far back as anyone can remember, it’s Republicans and the NRA who aren’t willing to accomplish a single thing on gun restrictions.

How many times does Joe Biden have to repeat, “Fund the police!” He said it over and over as a candidate, he says it often as president. The majority of American voters, which includes Democrats, voted for Biden and for funding the police. At what point do words become the responsibility of the people who speak them the most? Democrats have never wanted or tried to take away anybody’s Second Amendment rights. Never. Joe Biden and Democrats want sensible gun restrictions, solutions to rising crime, and they want to FUND THE POLICE! Americans are tired of the sanctimonious, lying, paranoid, do-nothing, backward Republican Party. 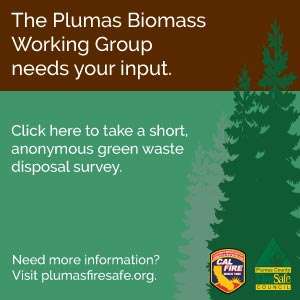 What are lawmakers doing to stop gun violence? | Roegner
‘Extremely Subjective’: Lawyer Sounds Off On California’s Plan to Defy SCOTUS On Carry Permits
American gun culture is based on frontier mythology – but ignores how common gun restrictions were in the Old West
Letters to the editor (6/29/22)
ILA | New Jersey: Despite Historic Supreme Court Ruling Gun Bills Advance in Trenton