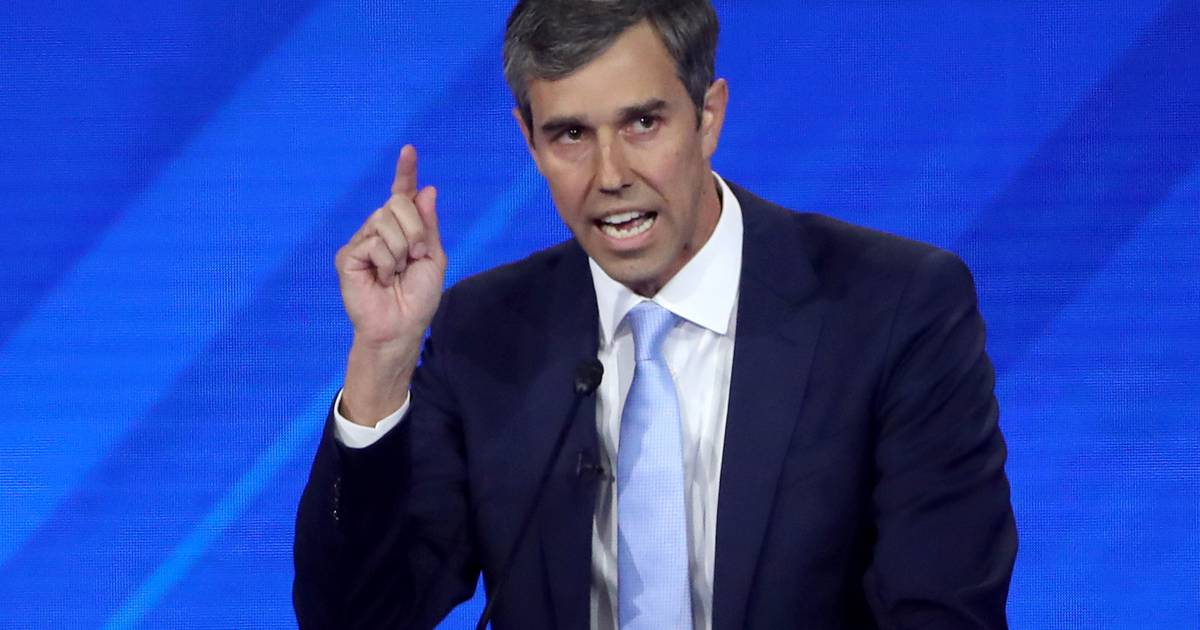 In an IQ contest with Beto O’Rourke, I would guess, Donald Trump would finish a distant second. But in tweeting Wednesday that, when it comes to gun legislation, “Dummy Beto made it much harder to make a deal,” Trump actually had a point.

The president was referring to O’Rourke’s comments on AR-15 rifles during the Sept. 12 Democratic presidential debate. The general Democratic Party consensus is to forbid the sale, manufacture and import of “assault weapons,” with the federal government offering to buy back those already in existence. But O’Rourke is not willing to stop there. He wants to require all current owners to hand them over.

Asked, “Are you proposing taking away their guns?” he was moved to make the stirring proclamation: “Hell, yes, we’re going to take your AR-15, your AK-47. We’re not going to allow it to be used against our fellow Americans anymore.”

It was a thunderous vindication of the paranoia that afflicts a segment of the gun-owning population. Barack Obama ran in 2008 promising not to take away anyone’s firearms, and he was true to his word. Gun fanatics accused him and his party of plotting to do just that, though, and O’Rourke has given them the — what’s the term? — smoking gun.

Joe Biden hasn’t helped. Asked in August about the suspicion that, if elected, he would take away guns, he blurted: “Bingo! You’re right, if you have an assault weapon.” Realizing his gaffe, Biden backtracked, saying he didn’t favor confiscation. But the National Rifle Association will ensure that the first remark will live forever.

For Democrats to say they want to seize a class of common firearms is the equivalent of a homeowner who, failing to get her asking price, decides to triple it. Or maybe it’s the equivalent of losing a U.S. Senate race and then deciding you should run for president.

Such statements make it easier for Trump to pass up the sort of deal that, in periodic moments of weakness, he has suggested he could accept. Instead of being on the defensive, he’s able to go on offense.

If there is anything gun control advocates have learned in the past 25 years, it’s that incremental change is extremely hard and anything more is impossible. In 1994, a federal assault weapons ban became law, but no significant federal gun control bill has passed since then. Supporters of the ban couldn’t even get it renewed when it expired in 2004.

After the Sandy Hook massacre in 2012, Obama proposed a modest change: requiring a background check for all gun sales. Though his party controlled the Senate, he was unable to muster the 60 votes needed to overcome a filibuster, and the bill died.

Come 2021, a Democratic president would do well to get that obvious reform enacted. A more ambitious step, such as a ban on new assault weapons, is probably beyond reach.

Yet O’Rourke wants to leapfrog these options and focus on taking away guns that have long been legal. His demand is only likely to convince a lot of people that any gun control measure, no matter how modest, would be confiscation on the installment plan.

And where is the need for confiscation, anyway? It would affect only gun owners who have shown zero propensity to commit crimes, much less mass shootings, with their AR-15s. A ban on the manufacture, import or sale of these firearms, however, would prevent any person who doesn’t already have an AR-15 from legally acquiring one. So aspiring mass shooters would find it much harder to get them.

Not that I would favor such a measure, because gun-makers will find ways to modify their products to comply with the letter of the law — as they did after 1994. The legal market would continue to offer an array of firearms functionally identical to the banned ones.

One restriction that would serve a noncosmetic purpose is a limit on the size of magazines, to force mass shooters to reload. Even that rule would probably be ineffectual, because switching out magazines is a quick process, not one that gives potential victims much time to subdue their assailant. That said, the imposition on gun owners — a group that includes me — would be trivial.

Small victories may be uninspiring, but not as much as defeat. O’Rourke’s provocative position makes sense as part of the melodramatic journey of personal discovery he seems to be on. But for those who would like to pass any gun regulations, it amounts to friendly fire.

Steve Chapman, a member of the Tribune Editorial Board, blogs at www.chicagotribune.com/chapman.

Get our latest editorials, commentaries and columns, delivered twice a week in our Fighting Words newsletter. Sign up here.