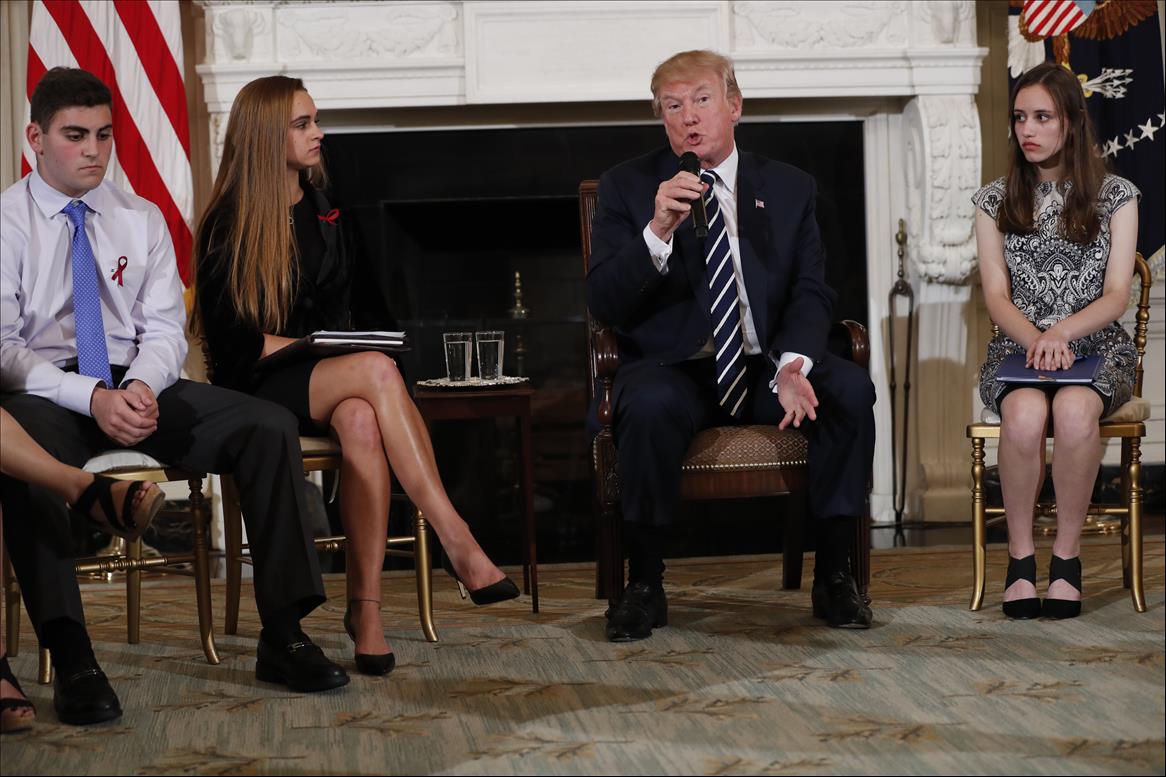 On February 14, in Parkland, Florida, 17 teachers and students were shot dead at their school by an estranged student armed with a high-powered, military-style rifle. Mass shootings at places of learning in the US are, sadly, not uncommon .

On this occasion, however, the backlash against the political establishment has been more fearsome than usual . Significantly, the target is the gun culture of the country itself.

Notwithstanding, US President Donald Trump has come up with a plan to tackle the crisis. He wants to arm and train thousands of teachers to carry firearms in schools.

Let’s examine the evidence for the efficacy of such an idea.

Read more: U.S. gun violence is a symptom of a long historical problem

The Trump plan is not a new one. Many US state legislatures have modified their gun control laws or softened regulations , now allowing holders of“concealed carry” permits to take their firearms into a wide range of public places including bars, churches, and government buildings.

Some state laws allow schools to permit teaching staff to carry weapons on campus. In June 2015, Texan lawmakers passed a bill giving not only faculty members but even students at public and private universities in that state a right to apply for a permit to carry concealed handguns into classrooms, dormitories and other buildings.

It should be mentioned also that Donald Trump is a strong supporter of the National Rifle Association , the powerful US-based lobby group committed to the idea that a citizen has a right to bear arms. The thinking of this group is that the“good guy” with the gun will deter, kill or maim the“bad guy” (the would-be shooter) before he can unleash his lethal mayhem.

Is there any evidence that the Trump approach is workable? No, not a skerrick.

The evidence continues to mount against guns as a form of urban crime prevention strategy, and for the proposition that a greater proliferation of guns actually increases the likelihood of urban violence.

Researchers in 2010 found that gun availability positively influenced the rates of several violent crimes in a sample of cities across 39 countries. Further research reviewed data for 27 developed countries and concluded that the number of guns per capita per country was a strong and independent predictor of firearm-related deaths.

I do not know of one serious crime prevention advocate in the developed world who would suggest that children are safer in a school because of firearms in their teachers’ hands.

Leaving aside the possibility of theft of a gun, its misuse or an accident, it would be fanciful to suggest that teachers could be trained to make split-second determinations of who is a“bad guy” and who is a“good guy”. Even the most highly specialised armed forces units get that wrong sometimes.

And let’s not forget the cost of the plan . Trump needs to multiply the price of the weapons plus the costs of training by the number of teachers who volunteer to take on this task in the 100,000 educational institutions in the US today.

The only ways to stop or reduce the likelihood of a school shooting is, first, to take seriously the role of the state in enacting laws to make firearm ownership an earned privilege and not a right, and second, to remove from public hands altogether, as Australia has done , automatic, semi-automatic and pump-action shotguns. They are simply not needed in any 21st-century urban setting.

Are either of these things about to happen in the US? Not in my lifetime, nor in my children’s lifetimes.

Read more: Why is there so little research on guns in the US? 6 questions answered

Estimates in 2009 were that there were more than 300 million guns in private hands in the US. This figure would be significantly higher today, although one of the problems is that it is not known exactly how many people own how many guns.

They are not going to disappear in the foreseeable future. And if the deaths of 20 children between six and seven years old, as well as six staff members, at Sandy Hook elementary school in December 2012 cannot re-direct the political wind, then nothing will – not even the cries of pain outside of the White House from families from Florida’s Marjory Stoneman Douglas High School.

Will more mass shootings occur in US schools and on college campuses in the years to come? Most certainly, with or without the implementation of Trump’s latest suggestion. Indeed, the situation is likely to get worse.

Unless something radically changes some time soon, Americans just have to live with the inevitable.


Legal Disclaimer: MENAFN provides the information “as is” without warranty of any kind. We do not accept any responsibility or liability for the accuracy, content, images, videos, licenses, completeness, legality, or reliability of the information contained in this article. If you have any complaints or copyright issues related to this article, kindly contact the provider above.