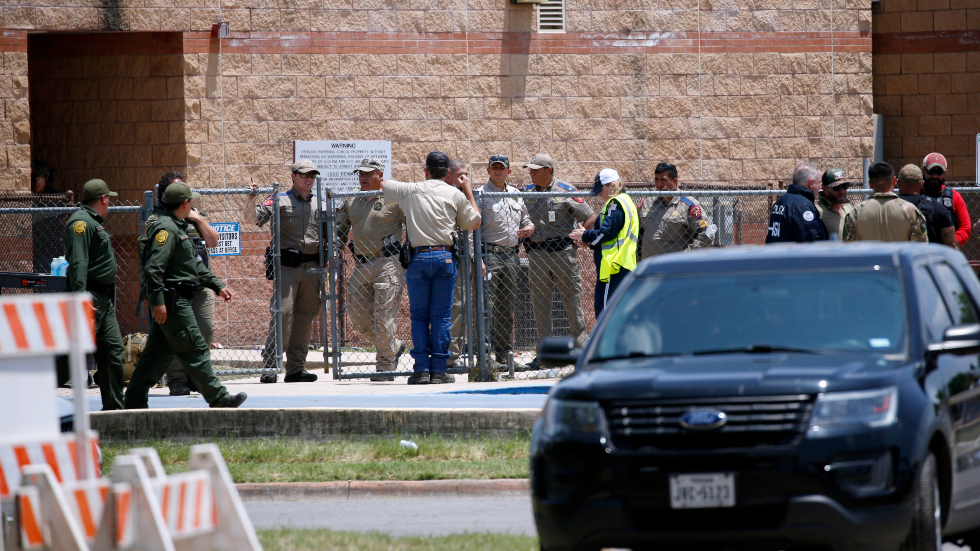 Senate Democrats say a major floor debate on gun control is inevitable after a mass shooting in Uvalde, Texas, left at least 19 children and two adults dead, only 10 days after another massacre killed 10 people at a supermarket in Buffalo.

The second high-profile killing spree in the span of just more than a week means that Senate Majority Leader Charles Schumer (D-N.Y.) will be under heavy pressure to bring a gun-control measure to the floor before the July 4 recess, risking a partisan brawl that could be tough on vulnerable Democrats up for re-election in swing states this fall.

“We need to vote. We need to hold every member of the Senate accountable. Every one of us should be put on the record,” said Sen. Richard Blumenthal (D-Conn.), the chairman of Judiciary’s Constitution Subcommittee, who held a series of hearings last year to address gun violence.

Members of Congress are already taking heat for not having had a serious debate on gun-control measures since 2013, after a 20-year-old gunman killed 20 children and six staff members at Sandy Hook Elementary School in Newtown, Conn.

“The bottom line is I just watched a girl walk across the plaza that held up a sign that said, ‘This is your fault.’ We need to do something,” said Sen. Jon Tester (D-Mont.).

“The people that are here aren’t totally crazy. If they can’t see that we need to do something and still protect our Second Amendment rights, then we’re denying a reality that’s happening far too often. This is the second shooting in ten days. We need to figure it out,” he said.

Sen. Elizabeth Warren (D-Mass.) said another school shooting was a sad commentary on the failure of “our lawmakers to take any steps to make our children safe.”

“The NRA continues to hold this Congress by the throat,” she said.

Sen. Sheldon Whitehouse (D-R.I.) called the shooting “yet another horrifying appalling mess” and vented frustration over the failure to move any background checks legislation while Democrats control the Senate, House and White House.

“It’s astonishingly frustrating,” he added. “These are things that most gun owners want and yet this rabid god-damned NRA won’t let the Republicans move.”

Two proposals to expand and strengthen background checks that passed the House in March of 2021 have sat in limbo for more than a year as Democratic senators have shown little appetite for a partisan battle over gun control, knowing that finding 10 GOP votes to overcome a filibuster would be hard to find.

The second House measure would expand the period to review gun purchases to 10 days and has received little discussion in the Senate.

Schumer on Thursday evening began the process for putting the two House-passed background checks bills on the Senate calendar, giving him the option to bring either measure to the floor for a vote in the near future.

Immediately after the House passed its gun-control measures, Schumer declared the Senate “legislative graveyard is over” and pledged “a vote is what we need.”

But 14 months later, senators still haven’t had a chance to consider those bills on the floor.

Sen. Chris Murphy (D-Conn.), a leading advocate of reducing gun violence, said Schumer held off on voting on the House bills to give him time to negotiate a deal with Republicans to expand background checks.

Those talks, however, failed to produce any agreement.

“I told him not to. I spent all of last year not to have a vote so I could work out a compromise with [Sen.] John Cornyn [R-Texas] and then [Sen.] Lindsey Graham [R-S.C.]” Murphy explained.

One Democratic senator said fellow Democrats are reluctant to hold votes on gun-control measures that can’t muster 60 votes to overcome a filibuster because it makes them look weak and ineffective.

“I do think there’s a fatigue among some about trying and failing,” the lawmaker said. “Show-vote politics — we’ve done enough of that and it hasn’t worked. Trying hard and failing is worse in some ways than not holding a vote.”

The senator also warned that an extended floor debate on gun-control measures could force vulnerable Democratic colleagues to vote on controversial measures with little chance of becoming law, such as ban on assault-style firearms or high-capacity magazines.

A possible ban on tactical-style weapons was on the only specific gun control proposal President Biden mentioned when he spoke in Buffalo last week, a reflection that an assault weapons ban remains popular with the Democratic base.

The last time the Senate voted on proposals to ban assault weapons and high-capacity magazines was in April of 2013, shortly after the Sandy Hook shooting.

Later in the same election cycle, Senate Democrats suffered devastating defeats in the 2014 midterm election, losing 9 seats and their majority.

The senator said the votes on the assault weapons ban and high-capacity magazine ban in 2013 “was a catastrophic failure.”

Schumer doesn’t even have all 50 votes in his caucus for the House-passed proposal to require background checks for all firearms sales and transfers as Sen. Joe Manchin (D-W.Va.) told reporters it went too far.

Manchin last week said he would prefer a vote on the narrower Manchin-Toomey proposal he helped negotiate with input from the National Rifle Association in 2013, which exempted transfers and sales between family and friends.

“The Manchin-Toomey is the one. I think if you can’t get that one, then why try to do something just for basically voting for the sake of voting?” he told reporters.

But Murphy, the Connecticut senator, on Tuesday evening dismissed Manchin-Toomey as inadequate.

“It also has a ton of extra policy in there,” he said. “Manchin-Toomey is not just a background checks bill. It’s got lots of sweeteners in it designed to get the NRA’s support.

“You can’t do Manchin-Toomey but you could do a commercial background checks bill. That’s something that would get bipartisan support,” he added.

Murphy said he’s not sure what Schumer will bring to the floor.

“This is happening so fast,” he said. “I have spoken to Sen. Schumer a couple times briefly this afternoon but I have not sat down and talked with him at length.


Texas lieutenant governor on school shooting: ‘We have to harden these targets’

Blumenthal said he has negotiated a “red flag” proposal with Sen. Lindsey Graham (R-S.C.), a fellow member of the Judiciary Committee, to keep firearms out of the hands of people who are considered a danger to themselves or others.

“I believe that we should look at enacting a red-flag law based on the one we have in Maine, which has due-process rights and involves a medical professional in the decision,” she said after the Texas school shooting. “I don’t know the details of the shooter but it’s hard to believe he wasn’t mentally ill.”