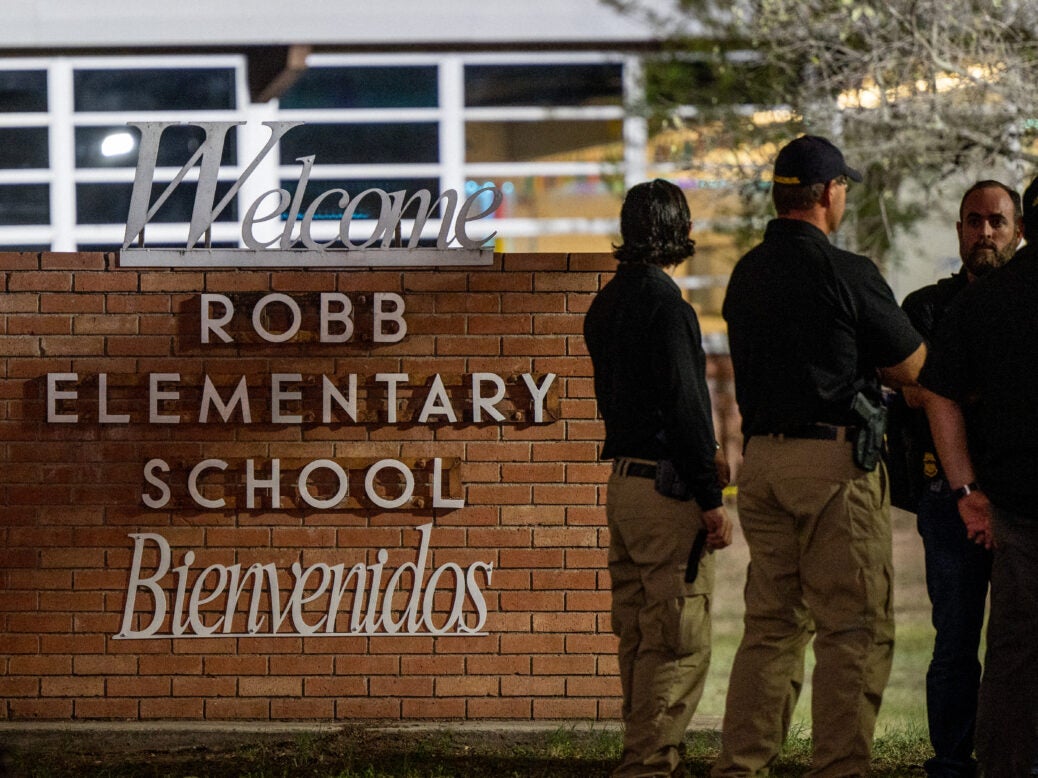 An 18-year-old entered an elementary school in Uvalde, Texas on Tuesday. He shot and killed 21 people: 18 children and three adults. Eighteen children who said goodbye to their families on Tuesday morning did not come home alive that evening.

This was the worst mass shooting of the year here in the United States. It came just over a week after the previous mass shooting of the year, when an 18-year-old white supremacist killed 10 people in a grocery store in Buffalo, New York. That same weekend, there was also a shooting carried out against a Taiwanese congregation at a church in Laguna Woods, California; one person was killed.

It was impossible for many on Tuesday to not be reminded of another school shooting. Almost 10 years ago, in December 2012, Sandy Hook Elementary School in Newtown, Connecticut was the site of another horrific school shooting. A 20-year-old shot and killed 26 people. Twenty of those people were six and seven-year-olds.

In response, the US Senate considered an Assault Weapons Ban. This was not a total ban on all guns (something the UK introduced in response to the Dunblane school shooting in 1996). Rather, it would have restricted some firearms. The second amendment says “a well regulated Militia, being necessary to the security of a free State, the right of the people to keep and bear Arms, shall not be infringed”, but surely that does not mean everyone has the right to access all firearms, including those that can hold more than 10 rounds?

The Senate disagreed. The ban failed. And if similar legislation came before the Senate today, it would fail again. The National Rifle Association is currently poised to meet in Houston this Friday. Republican luminaries such as senator Ted Cruz, Texas governor Gregg Abbott and former president Donald Trump are all, at the time of writing, expected to be there. Why wouldn’t they be? Preventing gun control is a pillar of the Republican Party and Republican politicians. It doesn’t matter to them that the guns are being used not to form a well-regulated militia but to kill elementary students.

And so we will not have gun control. Children will instead continue to be taught active shooter drills, practising what to do when confronted by an active shooter with a gun that their politicians could not be bothered to ban or make more difficult to obtain. We will be told that we’re politicising a tragedy, and that the real issue is mental health, or police in schools, or violent video games, or anything but guns. We will say goodbye to our loved ones hoping that it’s not their turn to be at the grocery store, or praying, or to be six years old in the wrong place at the wrong time. We will hope our individual luck holds out because our leaders will not replace luck with policy. On the contrary, the Supreme Court is expected to soon make it easier, not harder, to carry guns across the country.

We will mourn this, the worst mass shooting of the year. And we will do so knowing that it will soon be surpassed by another mass shooting.

[See also: The cost of the US’s gun obsession]