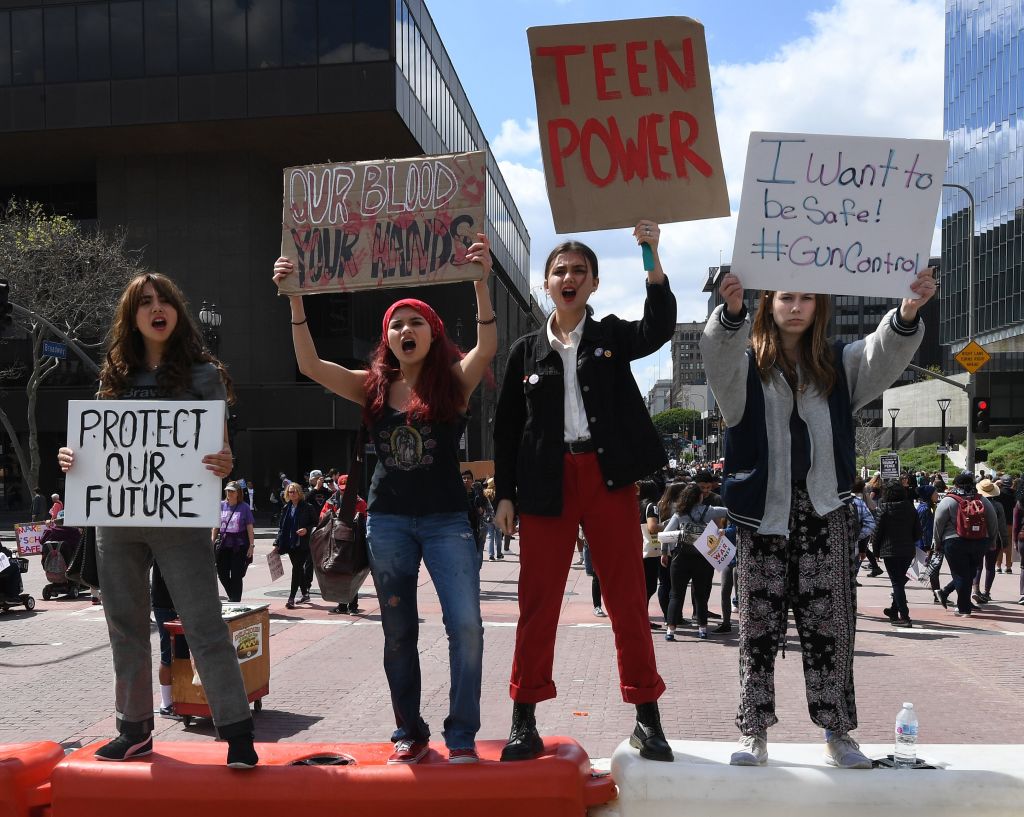 A student-led gun control advocacy group is planning nationwide protests in the wake of the Texas elementary school shooting that claimed the lives of 19 children this week.

According to its website, March for Our Lives is planning to take to the streets of Washington, D.C. on June 11. The group also has several other marches planned in various parts of the country spanning from San Francisco and Michigan to South Carolina, on a number of dates.

There will also be a protest at the convention center where the National Rifle Association (NRA) is hosting a conference in Houston, Texas on May 27. The convention center is roughly 300 miles from the scene of the deadly shooting at an elementary school in Uvalde, Texas, on May 24.

Organizers are also calling on activists to join them at Capitol Hill from June 7 to 10 where they will be discussing a push for universal background checks on gun purchasers with lawmakers.

A bill requiring them, titled the Bipartisan Background Checks Act of 2021, or H.R. 8, passed the House in March 2021 but the Republican-controlled Senate has not taken it up.

“Regardless of what party you stand for, if you do not support lifesaving measures like universal background checks, we will pledge to vote against you this fall and in future elections. ”

March for Our Lives was founded in 2018 following the shooting at Marjory Stoneman Douglas High School in Parkland, Florida, during which a gunman killed 17 people.

The group organized one of the largest protests against gun violence in U.S. history.

March for Our Lives says it believes gun violence across the country is the result of gun glorification, political apathy, poverty, armed supremacy, and a nationwide mental health crisis.

The group proposes proactively addressing these issues while banning assault weapons, high-capacity magazines, and other weapons; and holding the gun industry and lobbyists more accountable. It also advocates policies to disarm gun owners who pose a harm risk, and a national gun buy-back program to reduce the estimated 265–393 million firearms in circulation by at least 30 percent.

“President [Joe] Biden and all our elected officials must act with a fierce urgency to call this crisis what it is: a national public health emergency,” the group states on its website.

Biden condemned gun laws in America in a White House address on Wednesday following the Texas school shooting, while advocating for limitations on constitutionally protected gun rights and for lawmakers to “stand up to a very powerful” gun lobby.

“When in God’s name will we do what needs to be done to, if not completely stop, fundamentally change the amount of the carnage that goes on in this country?” Biden said.

Salvador Ramos, 18, allegedly shot his grandmother on May 24 before driving toward Robb Elementary School in Uvalde and opening fire on the campus, killing 19 children and two adults.

The gunman was shot and killed by law enforcement officers.

Katabella Roberts is a reporter currently based in Turkey. She covers news and business for The Epoch Times, focusing primarily on the United States.