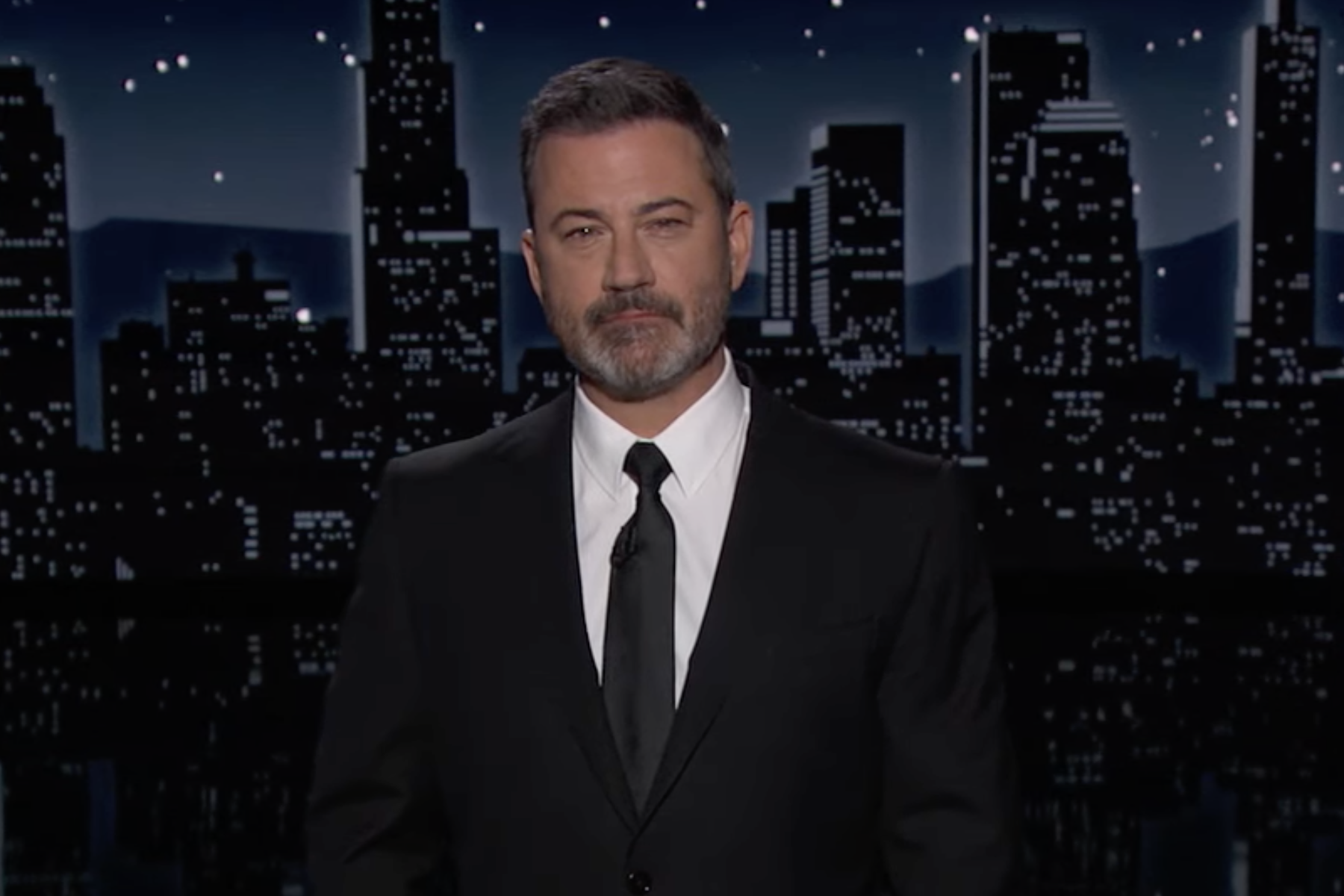 One day after a mass shooting at a Texas elementary school left 19 children and two teachers dead, late-night TV hosts used their platforms to call for stricter gun laws in the United States.

In an emotional monologue, Jimmy Kimmel fought back tears as he called out elected officials who refuse to act on enacting more comprehensive gun control. “They don’t want to speak about it because they know what they’ve done, and they know what they haven’t done — and they know that it’s indefensible,” he said of politicians on Wednesday’s episode of Jimmy Kimmel Live!, noting the majority of Americans support “keeping guns out of the hands of criminals and children.” He added: “The reason they call them ‘common sense laws’ is because that’s what they are: common sense.”

“Our cowardly leaders just aren’t listening to us. They’re listening to the NRA, they’re listening to the people who write them checks and keep them in power,” Kimmel said, going on to reference the now-viral video of NBA coach Steve Kerr delivering an impassioned speech against gun violence just hours after the Uvalde shooting: “You can tell things are out of whack when the coach of the Golden State Warriors shows more leadership and passion than almost every Republican in Congress,” he said.

Kimmel continued: “How does this make sense to anyone? These are our children, and our representatives are supposed to represent us. We want limits on who can walk around with an AR-15 — and it damn well shouldn’t be a teenager who works at a fast food restaurant.”

Stephen Colbert discussed an incident Tuesday in which Democratic gubernatorial candidate Beto O’Rourke approached state officials during a press conference and berated them for “doing nothing” and failing their constituents. “They’re not doing nothing. They’re yelling you for pointing out that they’re doing nothing,” Colbert said in reference to the Texas politician’s remarks. “All he’s doing is calling bullshit on their lie — the lie that they will do anything that might upset the gun lobby that lines their pockets.”

In an installment of his recurring “A Closer Look” segment, Seth Meyers examined the history of the second amendment and how gun lobbyists helped rewrite the law to suit their interests. “It’s within our power to stop this, and allowing these mass shootings to continue is, in fact, a choice,” he said, invoking a powerful Senate floor speech from Sen. Chris Murphy (D-Conn.) imploring his colleagues to act on gun control. “If you’re willing to live with these horrors, then just say that.”

“What else is politics for? It’s a crisis — and this is what our political system is supposed to do, address the crisis,” he continued. “We can change things — and if you’re a person in a position of power, you must act.”

The hosts’ impassioned responses to what has become the second-deadliest school shooting in U.S. history contrasted significantly with those broadcast of Fox News. That network instead devoted much of its shooting coverage to baseless conspiracy theories, racism and victim blaming.