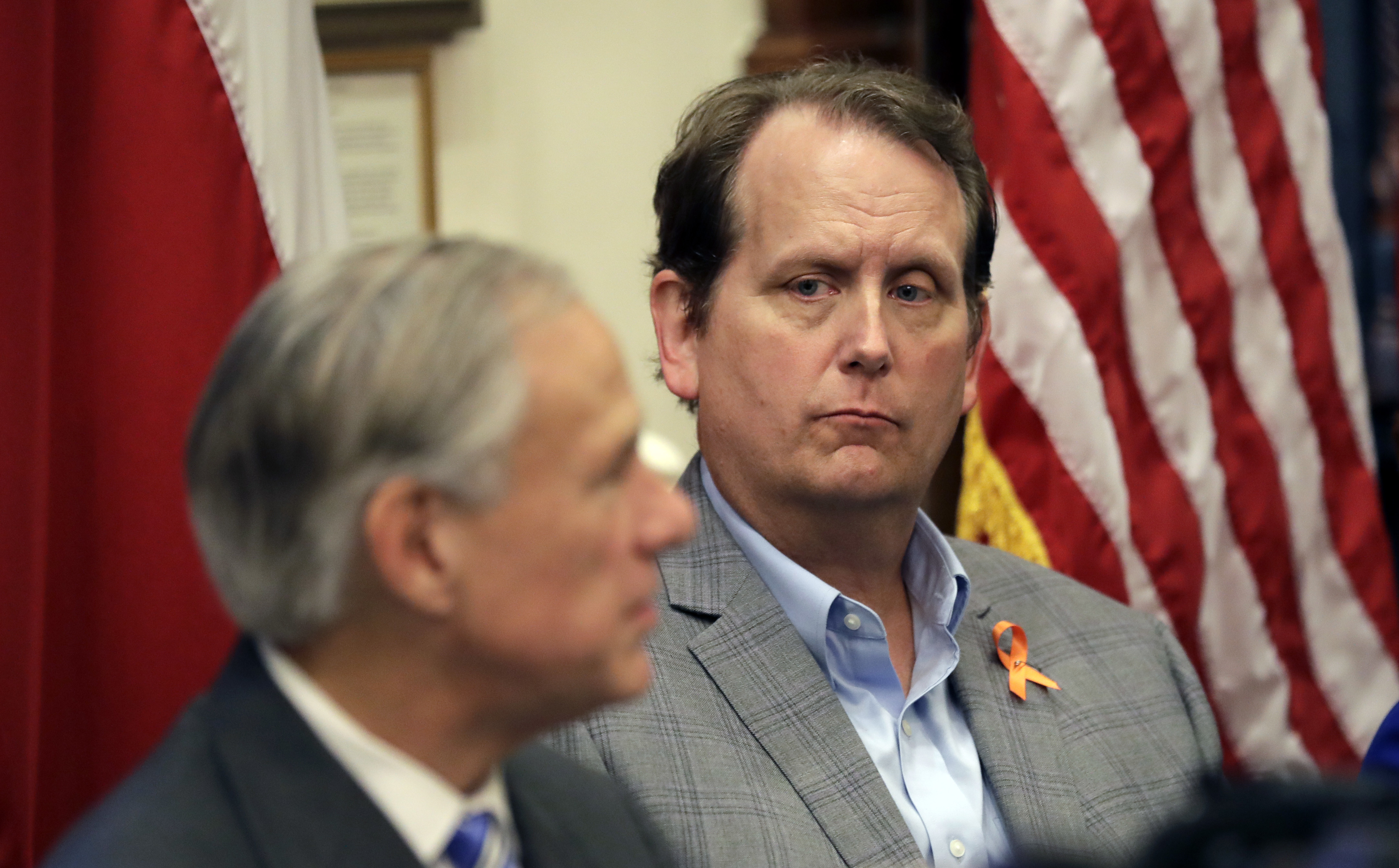 “It’s certainly disheartening now,” says Scruggs. “But I think people need to realize that there was a time when our state leaders said they were open to trying things to stop this, and they invited people to discuss this. Were they serious? Were they just playing a role? Because now that this has happened again, they need to explain themselves.” Here’s what else he had to say:

In May of 2018, just days after a gunman killed eight students and two teachers at Santa Fe High School in a suburb near Houston, Abbott’s office invited Texas Gun Sense to participate in roundtable talks at the state Capitol. By Scruggs’ account, Abbott seemed receptive to proposed gun regulations, even voicing a few gun control ideas of his own.

“There were things that he personally floated in that meeting that were, again, modest. But hey — they were better than what we’d ever heard before. That included things like raising the penalty for failing to secure firearms around a minor,” Scruggs explained. “He proposed requiring that stolen firearms be reported to authorities. So those were big things.” During a break, Scruggs also tried to convince Abbott that red flag laws — which provide a mechanism whereby police or family members can seek a court order to seize firearms from a dangerous individual — could be enacted in Texas. Such policies had been adopted in Indiana, a state overwhelmingly governed by Republicans — so why not in Texas, too? Scruggs says Abbott expressed interest in learning more.

The governor even gave the gun control activist a prominent seat at the table, immediately to his left, with Texas Rifle and Pistol Association Legislative Director Alice Tripp on his right. “She was incredibly pissed off, the whole time, that she had to sit at the same table that I was at,” Scruggs said. (Abbott did not respond to a request for comment.)

But the Upshot of Those Discussions Was Disappointing

The governor’s office published the Firearm Safety Action Plan, a report that summarized and endorsed many of the task force’s proposals, placing heavy emphasis on hardening school campuses and providing new resources for law enforcement. Red flag laws received a mention, albeit meekly. (In the table of contents, that section of the report is comically laden with caveats: “Study a Protective Order Law to Keep Guns Out of the Hands of Those Unfit to Bear Arms, But Only After Legal Due Process is Allowed to Ensure Second Amendment Rights are Not Violated……page 34.”)

Some proposals from that report were enacted — either through executive order or legislation. Notably, Abbott signed legislation to expand the state’s school marshal program, removing a cap on the number of teachers who could be deputized to have weapons in their classrooms.

But none of the gun control stuff advanced. No new safe storage laws. No mandatory reporting of stolen firearms. No red flag laws. Most of these provisions died in the state senate at the outset of the legislative session, without intervention from the governor.

“For him not to even speak up in favor of his own proposals was very odd,” Scruggs said.

Then came the devastating 2019 shooting at a Walmart in El Paso, where a lone gunman with an AK-47-style semi-automatic rifle shot 46 people, killing 23 of them. Once again, Abbott tapped Scruggs to serve on a newly formed task force, now branded the Texas Safety Commission, together with state politicians representing the El Paso area, faith leaders, law enforcement officials, gun rights advocates and others.

This time it was Lt. Gov. Dan Patrick who — in a rare break from his own track record — expressed enthusiasm for gun control measures. “He couldn’t stop talking,” Scruggs said. “He would get up and walk around the room. He proposed several things on gun trafficking and stolen firearms. His big thing that I remember the most was talking about long guns and semiautomatic rifles. Patrick floated the idea that people should be required to get a permit to carry a long gun, just as they [were at that time required to obtain for] a handgun. Patrick was insistent that we had to do something.” (Patrick did not respond to a request for comment.)

Outside, activists from Gun Owners of America gathered with rifles on display to demonstrate their opposition to any gun restrictions. According to Scruggs, Lt. Gov. Patrick described them as “terrifying,” while Abbott nodded in agreement. (Neither Abbott nor Patrick responded to requests from POLITICO Magazine to confirm or dispute this account.)

Encouraged by Patrick’s receptivity, Scruggs offered the commission a list of potential reforms, one of which would have raised the minimum age to purchase a rifle from 18 to 21. “It was talked about,” Scruggs said. “That’s an example of an idea that was before them as an option that, if it wouldn’t have prevented [the shooting at Robb Elementary in Uvalde], it would certainly have made it more difficult.” (The perpetrator in the Uvalde attack legally purchased two semiautomatic rifles immediately upon turning 18.)

Scruggs’ characterization of Patrick’s attitude behind closed doors jibes with public statements the lieutenant governor made around the same time, in the immediate aftermath of the El Paso shooting and the shooting spree in Midland and Odessa that followed shortly thereafter. Patrick told the Dallas Morning News that he was prepared to “take an arrow to the heart” to defy the wishes of the NRA.

But the State Government Made a Dramatic Pivot

A lot can change in the yearlong intervals that separate legislative sessions in Texas. By the time the state legislature reconvened in 2021, the outrage and urgency of those shootings had faded into the hazy memory of life before the pandemic. A new legislative priority had emerged: “constitutional carry” — the right to carry loaded guns in public, concealed or openly, with no license at all.

In 2020 and 2021, “constitutional carry” laws were introduced in dozens of state houses across the country, and the maximalist approach to gun rights — once practiced only in Vermont — quickly spread to 25 states, including Texas.

“In the meetings that I was attending, nobody brought up anything like permitless carry,” Scruggs said. “Again, they were talking about expanding the existing license system to cover semiautomatic rifles. And then they come back and pass the damn thing. What happened?”

Even before the attack on Robb Elementary school, a tide of gun violence was rising in Texas. Austin saw its bloodiest year ever in 2021, while Houston surpassed Chicago to become one of the most bullet-riddled cities in the country.

As details emerge from Uvalde, it seems efforts to harden that campus might actually have impeded the law enforcement response — a reinforced classroom door, meant to keep gunmen out, became an obstacle that first-responders couldn’t break down.

Scruggs is no longer serving in a leadership capacity with Texas Gun Sense, but he remains an activist for gun reform. He advises that, if people in the movement are invited again to participate in any future task force Abbott might convene to revisit the issue, they should decline. “You’ll be used as a prop,” he said.

The question might be moot. In 2018 and 2019, Abbott was quick to announce plans to formulate a task force or special commission. In this week’s press conferences, he’s made no such announcements.