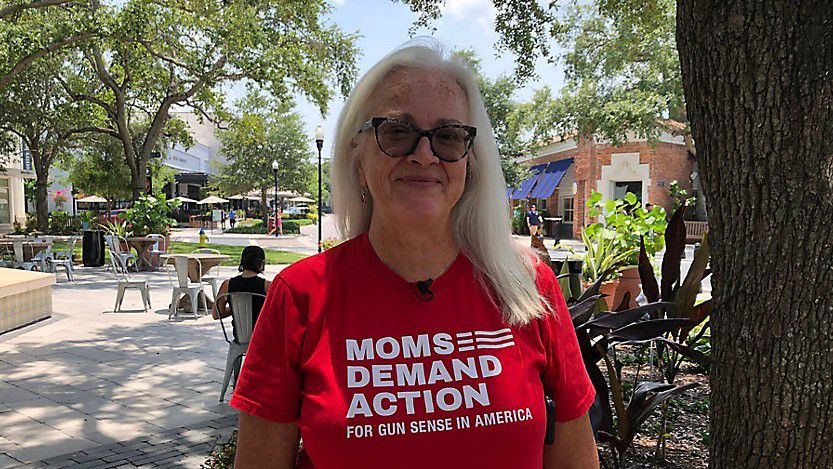 Following the shooting massacre at Marjory Stoneman Douglas High School in Parkland in February 2018, Florida lawmakers passed what some called the state’s most substantial gun reforms in a generation.

But the only gun measure that may become law soon following the recent tragedies in Buffalo, N.Y., and Uvalde, Texas, may be a measure that would allow Floridians to carry guns even if they have not received a permit.

“The Legislature will get it done — I can’t tell you if it will be next week, six months, but I can tell you that before I am done as governor, we will have a signature on that bill,” Gov. Ron DeSantis said in Williston last month about the proposal that supporters call “constitutional carry.”

Gail Powell-Cope, a member of the gun reform group Moms Demand Action, says she ultimately believes that any substantive gun legislation must come from Washington D.C., not from any state capitol.

“We can only do so much at the state level,” she said. “Each state is going to do something differently, and I really do think we need national leadership and policy and legislation on this.”

Powell-Cope read aloud a tweet from Shannon Watts, the founder of Moms Demand Action, when asked about potential legislation that she supports.

The items the group would like to see as part of a national gun law would be: pass a universal background check law, don’t allow teenagers to buy guns, pass a federal “red-flag” law, close the “Charleston loophole” (which allows gun purchases to move forward by default after three business days), confirm a new ATF head and stop accepting National Rifle Association campaign donations.

He says that he supports some of what was in that bill, such as allowing for school safety officers to be armed. But said he vehemently opposed the provision that raised the age to purchase rifles from 18 to 21.

That specific measure continues to be challenged in the courts by the NRA as infringing on the Second Amendment, an opinion that Beltran shares.

“For that reason, I wouldn’t have been able to support that (2018) package as a whole,” he said. “But we’ve done the school hardening, and haven’t had a school shooting for more than four years, and I’m proud of that work.”

In the years following Parkland, Florida Democrats have proposed a series of gun measures that have gone nowhere in the Legislature. An attempt by citizens to get an assault weapon ban on the ballot as a constitutional amendment fell short in 2020 as well.

The only likely gun measure to get support from the GOP-controlled Legislature within the next year will be the proposal to allow Floridians to carry guns without a permit.

Beltran said he believes that the measure is needed because he claims Florida Agriculture Commissioner (and Democratic gubernatorial candidate) Nikki Fried has “refused to issue such permits on a wide variety of pretexts, everything from COVID to computer problems,” Beltran said.

Fried’s office oversees concealed weapons permits in Florida, and over the past year has suspended the concealed carry weapon permits of several Floridians involved in connection to the Jan. 6, 2021, riot at the Capitol. On the department’s website, it says “Commissioner Fried ran for office on a platform of ensuring background checks are completed for all concealed weapons permits and has fulfilled that promise while in office.”

Although the conventional wisdom is that there won’t be any federal gun legislation coming out of the latest gun violence tragedy, Powell-Cope says she doesn’t want to hear from those who say that any bill wouldn’t stop these mass shootings.

“It’s going to take the people of our country to put their foot down and say, ‘I don’t want to live like this,’” she said.