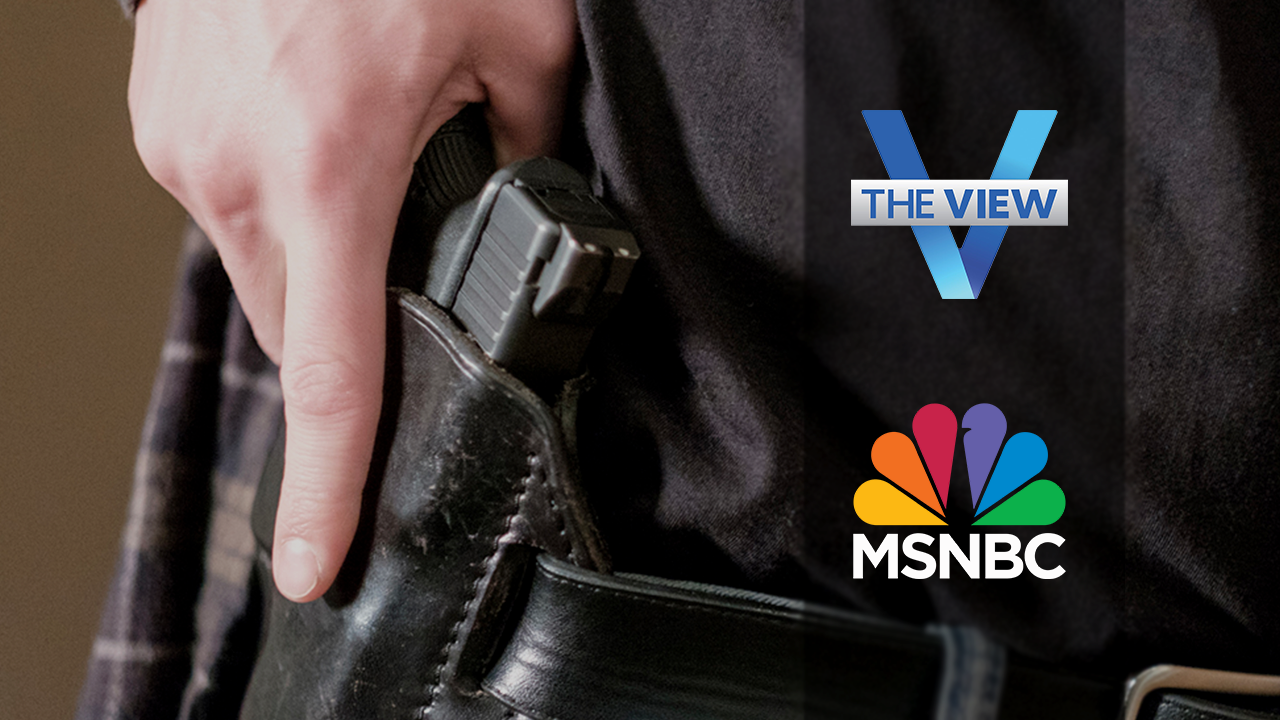 In the aftermath of the Uvalde, Texas school shooting, MSNBC and ABC’s “The View” used the tragedy to tear into Republicans and propose drastic gun reform measures, some of which included outright removing guns from civilian hands.

Talking with MSNBC’s Chris Hayes, documentary director Michael Moore asked if anyone on the network, or any other network for that matter, would say it is time to repeal the Second Amendment.

Moore added that America does not need “sensible” gun laws, but rather the “hardcore stuff” in order to protect families and children. He also floated the idea of a moratorium on gun sales.

The next day on the network former DNC chairman and MSNBC contributor Howard Dean called for a bill to be pushed to the floor of the House designed to “limit or eliminate” the sale of “assault weapons” for Americans that are not a part of the military or law enforcement.

BETO O’ROURKE’S TEXAS SCHOOL SHOOTING PRESS CONFERENCE STUNT PRAISED BY ‘THE VIEW’ HOSTS: ‘I WAS HERE FOR IT’

Stephanie and Michael Chavez of San Antonio pay their respects at a makeshift memorial outside Robb Elementary School, the site of a mass shooting, in Uvalde, Texas, U.S., May 25, 2022.
(REUTERS/Nuri Vallbona)

Over on ABC’s The View, co-host Whoopi Goldberg echoed Dean’ position, seeming quite confident that Americans would soon have to give up their AR-15’s.

“Okay you can have your gun. But you can’t have your AR-15,” Golberg shouted. “If you’re gonna get all in my business can and cannot do, neither can you. They’re gonna come for those AR-15’s and you better be ready to give them up, because this is America.”

In the same segment, Goldberg became agitated, threatening physical violence if Republicans continued to express empathy for the victims of the Texas shooting.

“I swear to god if I see another Republican senator talk about their heart being broken, I’ma go punch somebody,” Goldberg said.

“And thoughts and prayers,” Joy Behar chimed in.

During the May 25, 2022 episode of “The View,” co-host Whoopi Goldberg threatened to “punch somebody” if she heard more Republican “thoughts and prayers” following the school shooting in Uvalde, Texas.
(Screenshot/ABC)

A number of other hosts and guests also expressed their frustration with members of the GOP.

“The Morning Joe” co-host also called Republican lawmakers “barbarians” for not wanting to talk about the politics of the situation so soon after the tragedy had occurred.

“The ReidOut” host Joy Reid also tore into Republicans for their stance on gun control and their hesitance to get political on the subject.

She added that that Republicans and their “two pet Democrats, a likely reference to Senators Joe Manchin and Krysten Sinema, will never reach a point where the “rivers of blood” will ever “run deep enough” to spark a change in policy position.