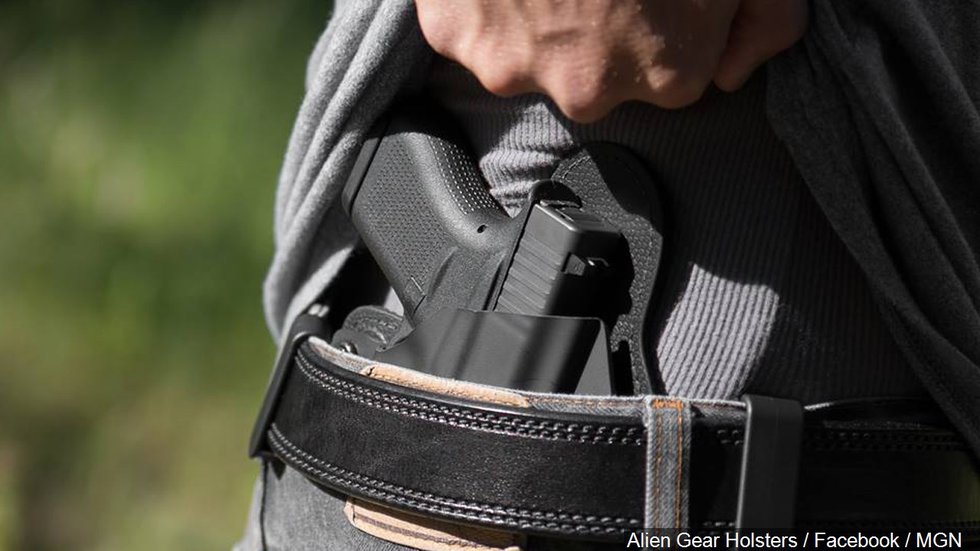 BATON ROUGE, La. (WAFB) – 25 states have made it legal to carry a concealed firearm without a permit, and Louisiana could be next.

A background check is all that’s required to buy a gun in Louisiana, and an owner can legally carry it in public as long as it’s visible.

However, if the gun owner wants to carry it in a purse or under their jacket, well, they will need a permit for that. “It’s their constitutional rights, they don’t feel like they should pay the state a fee to be able to carry their firearm,” says State Representative Danny McCormick.

McCormick’s House Bill 37 would allow anyone 21 or older to be allowed to carry a concealed firearm without a permit, doing away with those requirements that go along with getting a permit.

“In the permitting system there is a fee, there is a training process that you have to go through. You know what I tell everybody, we live in a republic and in a republic, the rights and the responsibilities belong to the people,” adds McCormick.

At Jim’s Firearms off Siegen, where they have been operating for 30 years, President and CEO Jim McClain say training for a concealed permit is extensive.

“If you want a conceal carry permit, which we do recommend because there is a lot of good factions with the concealed carry permit, one in which is that it gives you training and it also touches on the law,” says McClain.

A seven to eight-hour certified NRA training class comes with a fee. Folks will also have to pay to send their fingertips to State Police and pay for the license itself. Altogether, a permit could cost around $100 or more.

“We recommend for a lot of first-time buyers to go through the class, whether you want the permit or not. Go through the class because it answers a lot of questions that you might have, and it also gives you actual range time where you actually go fire a gun,” adds McClain.

Governor John Bel Edwards vetoed a similar bill trying to get rid of the gun permits last season. So far this time around, the house bill passed through the committee and is now going to the fiscal committee, then eventually on to the Senate.

Is Our Problem Gun Control … Or Democracy? | Opinion
ILA | California: Senate Floor Votes Expected this Week and More Bills Appear!
Letters to the Editor: Does this add up?; Sheriff Bill Brown represents the finest in law enforcement; Speak by voting for reasonable gun laws; Hurtado is the right choice | Letters
After Cornyn blames jeers at Texas GOP on ‘mob,’ gun rights group demands apology
As Congress moves forward with gun restrictions, the Supreme Court loosens them