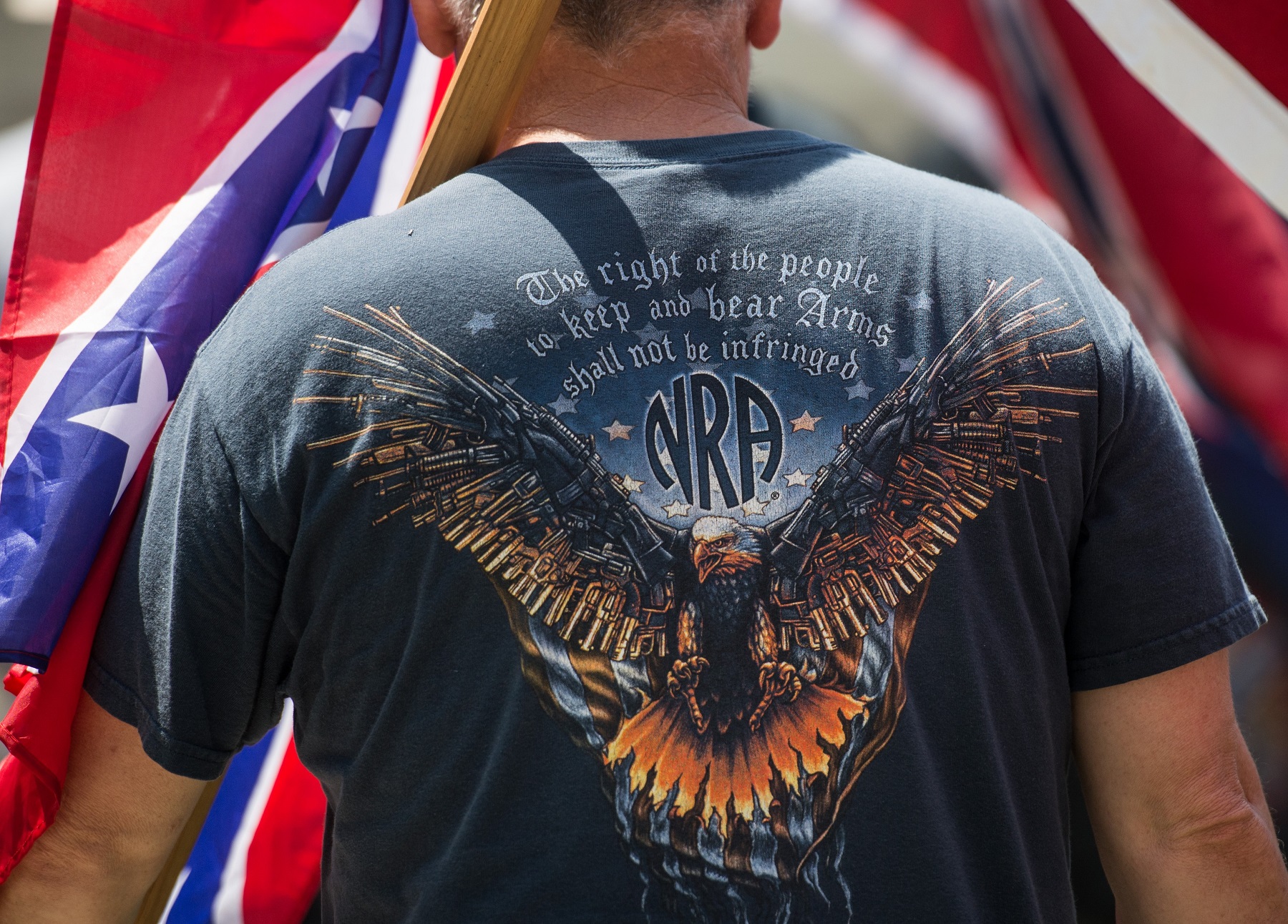 “I’m here because I’m very worried about the future for my children,” Frances Aramovich of Denver told CNN on May 1, 1999. Aramovich was one of thousands of protesters at the NRA‘s annual meeting that day, less than two weeks after the Columbine High School shootings had taken place on April 20.

“I despair if guns are going to remain as readily available as they are now.”

More than two decades on, the pro-gun National Rifle Association (NRA) is holding its 2022 annual meeting in Houston, Texas, from May 27, just three days after a mass shooting at Robb Elementary School in Uvalde, also in Texas, that killed 19 children and two teachers.

The meeting is set to feature a host of prominent NRA members as well as former president Donald Trump, who is close to the group.

The timing of this year’s convention has proved controversial in the wake of a mass shooting that has sparked renewed discussion about rights to gun ownership in the United States.

Among those who have canceled their appearances at the meeting are at least three musicians, including country singer Larry Gatlin, who told CNN on Thursday: “I just did not believe it was the right thing to do.”

He added it would have been “a classy move” for the NRA to have canceled the meeting altogether in the aftermath of the elementary school shooting.

But the meeting has gone ahead—just as the Columbine shooting, which left 12 students and a teacher dead in 1999, didn’t deter the NRA that year either.

Karsten Schweikert is an economist and director of data and statistical consulting at the University of Hohenheim, Germany, who authored a paper in 2021 that investigated the statistics of school shootings. He told Newsweek that it’s “either a very unfortunate coincidence that their meetings are preceeded by school shootings, or this should be a sign that way too many of those shootings happen in the U.S.”

The Uvalde shooting has brought the Second Amendment to the center of national discussion. President Joe Biden has tweeted several times over the past few days calling for guns to be more tightly controlled, writing on Wednesday: “The idea that an 18-year-old can walk into a store and buy assault weapons is just wrong.

“What in God’s name do you need an assault weapon for except to kill someone?”

He said the following day that Congress should pass laws requiring universal background checks and a ban on assault weapons and high-capacity magazines.

With the nation still reeling from this latest school shooting, one of 27 to have taken place so far this year, according to Education Week, it remains to be seen what action, if any, the federal government will take.