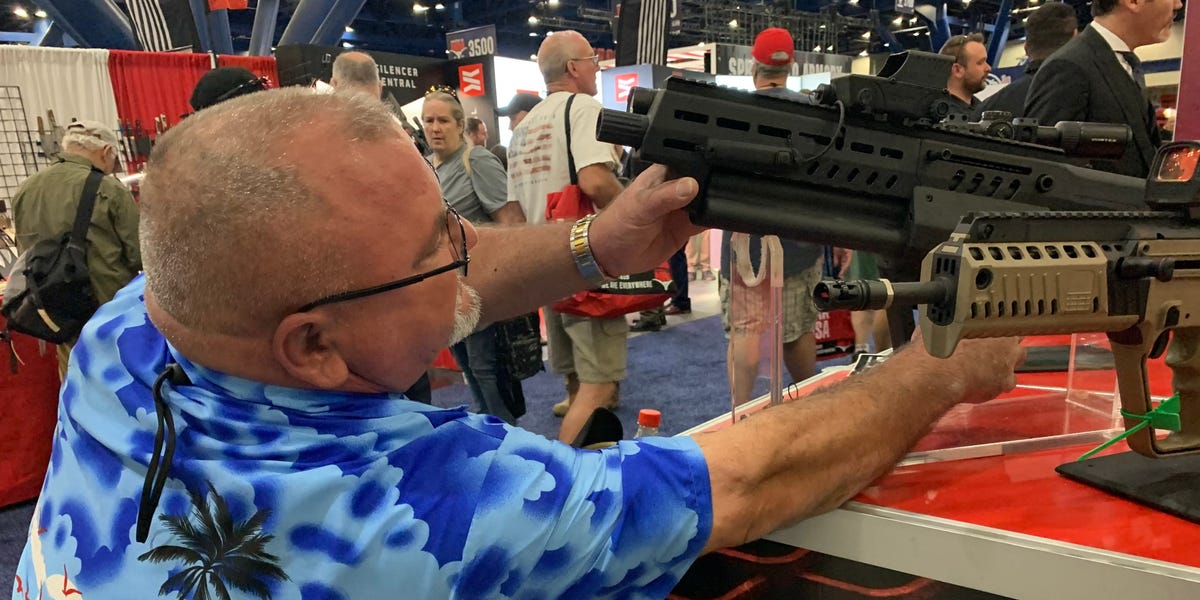 The National Rifle Association says it will showcase “over 14 acres of the latest guns and gear” at its annual meeting in Houston, Texas, just days after a mass school shooting in the same state that left 19 children and two teachers dead.

The description of the exhibit hall space on the NRA meeting website is placed just below the powerful gun lobby’s expression of “deepest sympathies” for the families of those killed in the shooting at Robb Elementary School on Tuesday in Uvalde, Texas.

Fourteen acres is the equivalent of 10 and a half American football fields.

The NRA promises items from “the most popular companies in the Industry” will be on display at the George R. Brown Convention Center, where a host of high-profile conservatives, including former President Donald Trump are set to speak.

“From entertainment to special events, it’s all happening in Houston over Memorial Day weekend,” the site says. “Make plans now to join fellow Second Amendment patriots for a freedom-filled weekend for the entire family as we celebrate Freedom, Firearms, and the Second Amendment!”

An NRA spokesperson could not immediately be reached for comment.

Robb Elementary School, where the shooting by an 18-year-old took place, is located just under 300 miles away from where the NRA is meeting. Police said the gunman, who died at the scene, was carrying a handgun, an AR-15 semi-automatic rifle, and high-capacity magazines.

The shooting came less than two weeks after 10 people were killed in a grocery store shooting in Buffalo, where the suspected gunman allegedly targeted a  predominantly Black community.

The US Secret Service will not allow NRA members to bring their own firearms to the meeting in Houston because Trump will be there, according to the NRA website. A day after the shooting, Trump said he would keep his commitment to speaking at the convention because “America needs real solutions and real leadership in this moment, not politicians and partisanship.”

The NRA, on its meeting website, blamed the shooting on “a lone, deranged criminal.”

“As we gather in Houston, we will reflect on these events, pray for the victims, recognize our patriotic members, and pledge to redouble our commitment to making our schools secure,” the statement says.

Texas Gov. Greg Abbott and Lt. Gov. Dan Patrick canceled their appearances at the event, though Abbott is giving a pre-recorded speech.