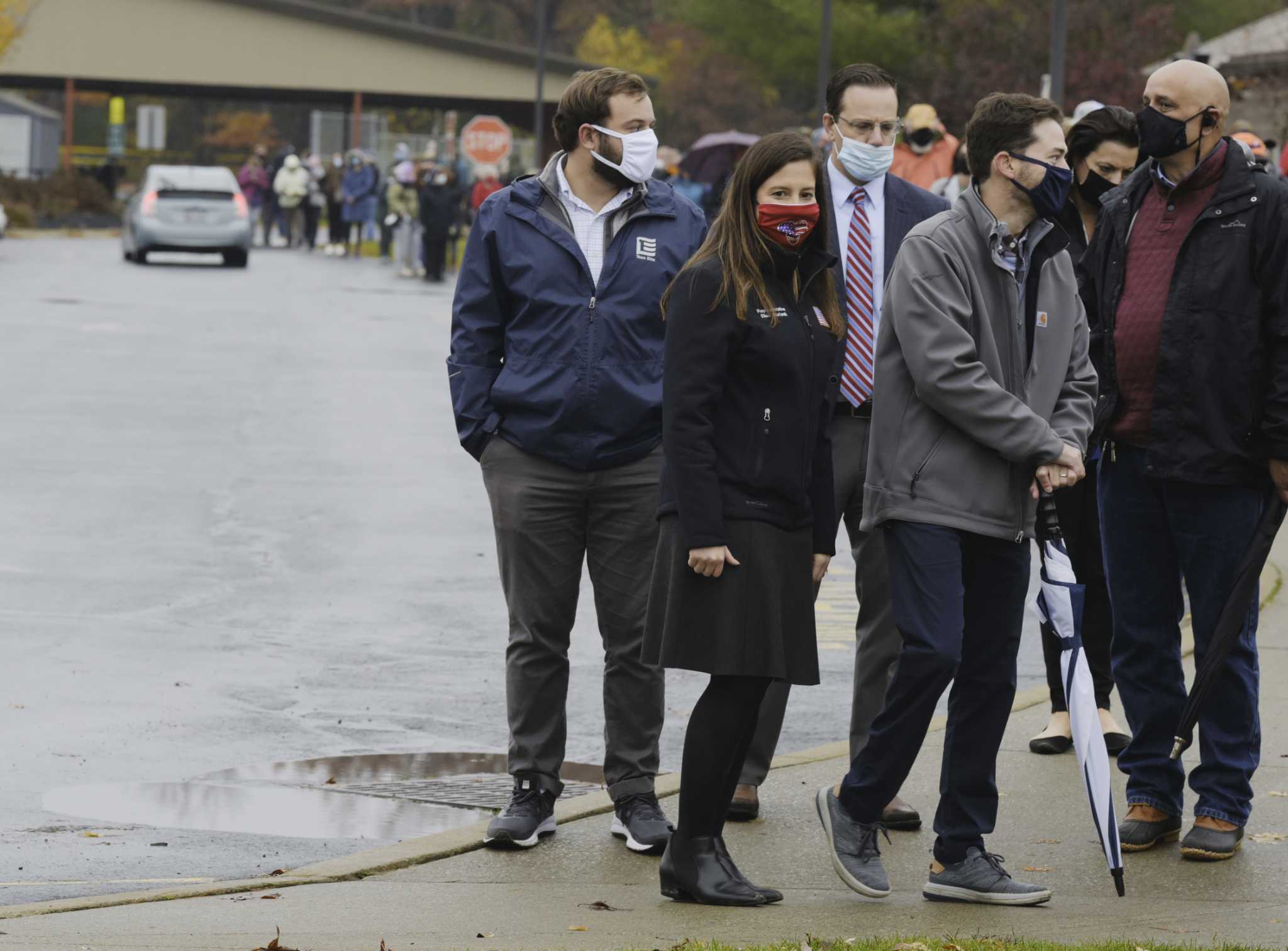 SCHUYLERVILLE — As the debate over gun control heats up following back-to-back mass shootings, the industry has a spokesman with unparalleled access to U.S. Rep. Elise Stefanik, the No. 3 Republican in the House: her husband.

Matthew Manda works as the manager of public affairs for the National Shooting Sports Foundation, based in Newtown, Conn. The trade group — whose stated mission is “to promote, protect and preserve hunting and the shooting sports” — was among the plaintiffs in a federal lawsuit seeking to block a New York law that increases potential liability for gun manufacturers. The suit was dismissed by a  judge in Albany earlier this week, though an appeal is likely.

Manda frequently writes for the NSSF website and other outlets about the group’s events and policy stances. “Law-abiding Americans choose over and over again to take their personal safety into their own hands and purchase a firearm,” he wrote in April in a piece about a “Congressional Fly-In” hosted by the group. “Congress needs to ensure the industry is free from ‘woke’ corporate discrimination.”

The Washington, D.C., event featured “dozens of firearm, ammunition and accessories industry leaders who spoke face-to-face with elected officials,” Manda wrote. Among them was Stefanik, who “added her enthusiasm to elect more Republican women to Congress is heading in the right direction as several pro-Second Amendment women will likely join the Republican conference at the start of next year.”  Manda’s article did not mention she is his wife.

Manda did not respond to a Times Union request for comment. An NSSF spokesman refused to say when Manda began working for the group, calling it “personal information.”

When the Times Union called Alex deGrasse, a Stefanik adviser and frequent campaign spokesman, to ask if Manda’s work influences Stefanik’s stance on gun rights, deGrasse called the reporter “a very sick person.” He then sent an email calling the Times Union “sexist.”

“The Times Union is stooping to another new low and attacking her husband,” deGrasse wrote. “You should ask both current Democrat challenger candidates what their positions are on Democrats’ gun control proposals.”

He went on to say Stefanik supports the hiring of more school resource officers and noted she co-sponsored a bill that would have expanded background checks. The main goal of that bill, proposed in 2017, was to allow “concealed carry” reciprocity across state lines.

Stefanik was a strong ally of the gun industry long before her husband went to work for the NSSF. She has a A+ rating with the National Rifle Association, which launched its annual meeting in Houston on Friday.

Manda is a graduate of the University of Kansas who previously worked as the communications director for Republican U.S. Rep. Kevin Yoder and as the political director for U.S. Sen. Jerry Moran, both Kansas Republicans.

The couple met at a party Stefanik hosted in Washington in 2012. They married in 2017, when Manda was the marketing and communications director for the Virginia-based Media Group of America, which runs the conservative news website the Independent Journal Review.