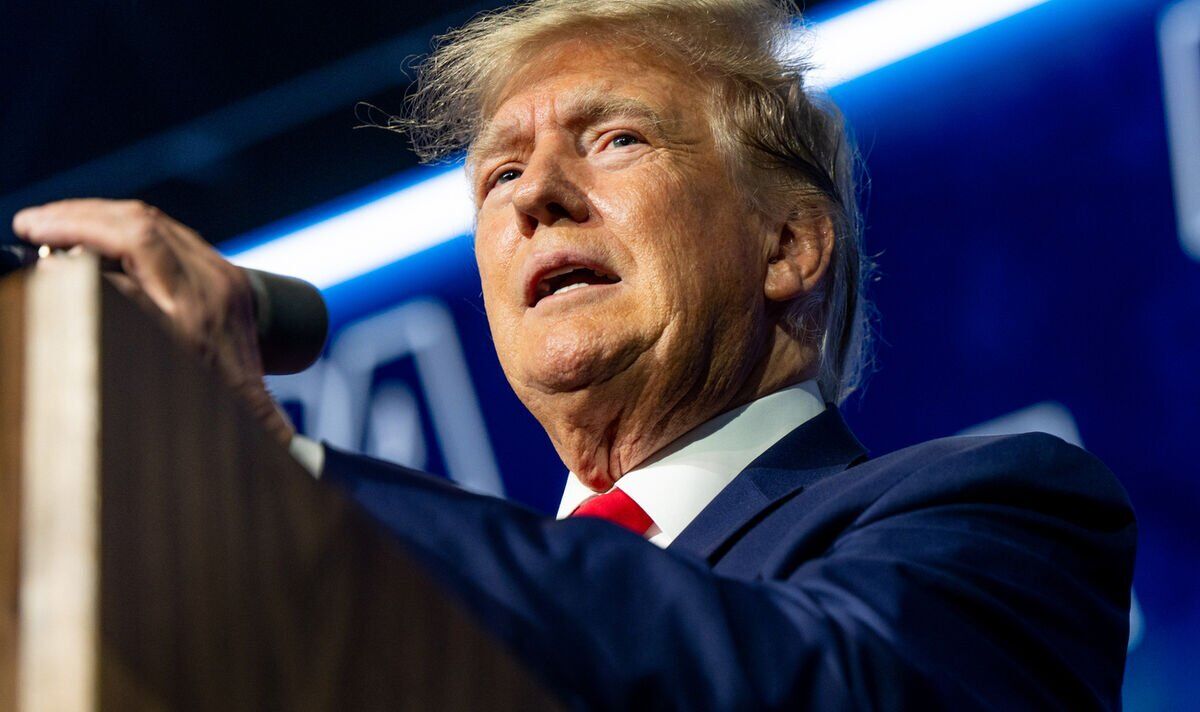 The former president said the shooting in Uvalde, which also claimed the lives of two teachers, was no reason for stricter gun laws.

“The existence of evil in our world is not a reason to disarm law-abiding citizens,” he told the National Rifle Association’s annual convention in Houston.

Instead, he called for at least one armed police officer on every American playground, with fortified, single points of entry incorporating metal detectors.

He added: “As part of a comprehensive school safety plan it is time to finally allow highly-trained teachers to safely and discreetly conceal carry [a gun], let them concealed carry. Let them do that.”

He said Congress should vote immediately to take back every penny of unused Covid relief money to fund the scheme and called on lawmakers to prioritise it over sending military aid to Ukraine.

Trump described Tuesday’s rampage by 18-year-old Salvador Ramos as “a savage and barbaric atrocity” and called for silence as he read the victims’ names.

He said those killed “are now with God in Heaven” while their murderer “will be eternally damned to burn in the fires of Hell”.