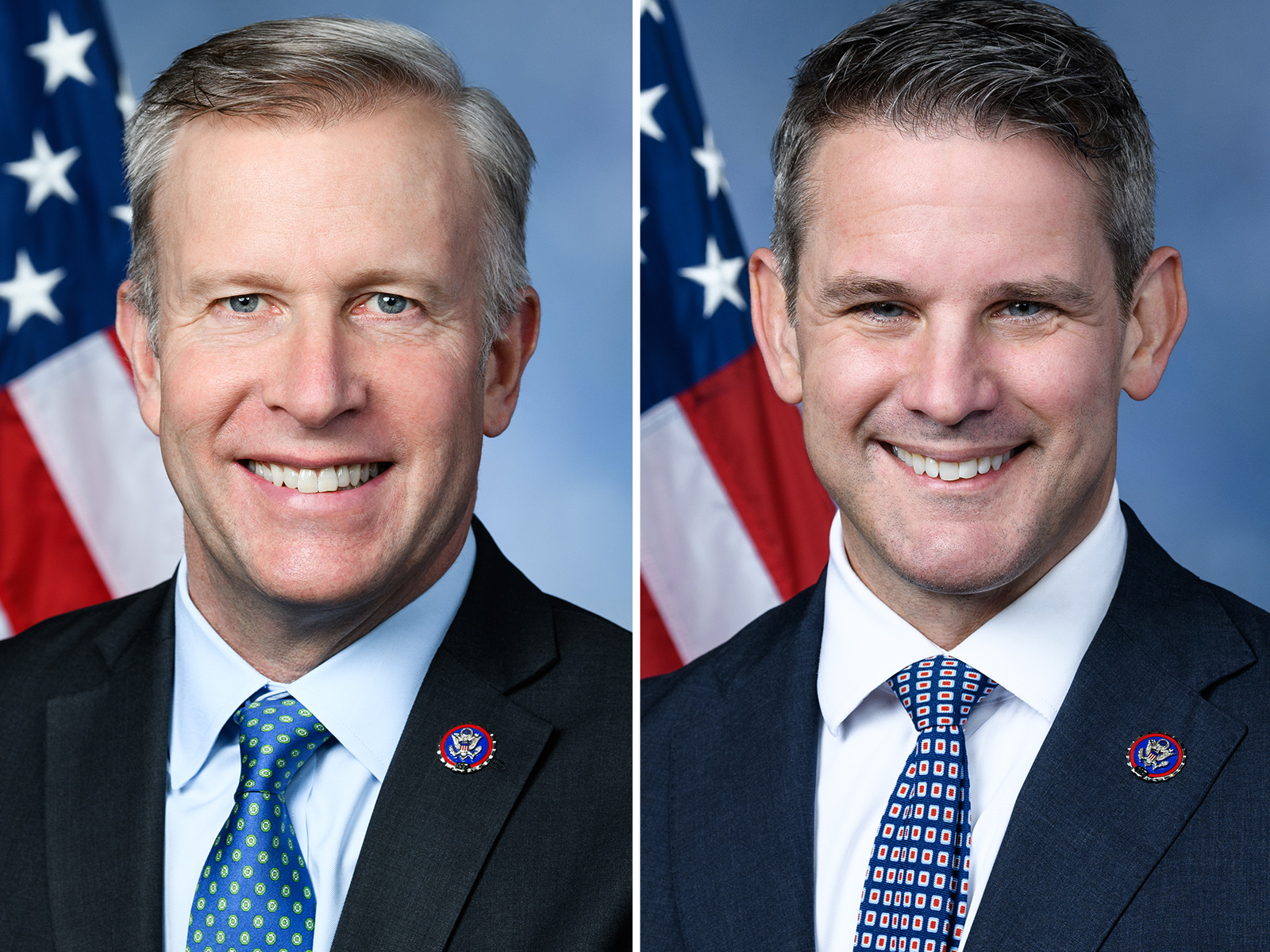 Two Republicans have come out in support of a ban on assault rifles in the wake of the mass shooting at a school in Uvalde, Texas, in which the firearm was used.

Rep. Chris Jacobs of New York and Illinois Rep. Adam Kinzinger have both said they are in favor of stricter gun laws following the latest mass shooting, including a ban on AR-15-style weapons and raising the minimum legal age to purchase other types of guns to 21.

Kinzinger said he is “open” to bringing in a law that would ban assault weapons.

“It’s going to depend on what it looks like because there’s a lot of nuances on what constitutes, you know, certain things,” Kinzinger told CNN‘s State of the Union. “But for somebody to own one, maybe you need an extra license, maybe you need extra training, so the question is is it a ban versus additional certification?”

Kinzinger said that while “99.9 percent” of people who own assault rifles will not use them to attack schools, lawmakers who support the Second Amendment have to be “coming to the table with ways to mitigate 18-year-olds buying these guns and walking into schools—my side’s not doing that.

“My side is not coming forward with reasonable ways to defend an amendment that we think is very important,” Kinzinger added. “And so I’m looking at this going, ‘Fine, if people are going to put forward solutions about certifying maybe who can buy an assault weapon, I’m certainly open to that.'”

On Friday, Jacobs, who was endorsed by the National Rifle Association in 2020, also told a news conference that he explicitly favors banning assault weapons—a stance which is in direct opposition to almost the entirety of his own party.

Jacobs added that he would not support confiscation or mandatory buy-back programmes of such guns from those who already own them.

The congressman added that a ban on large-capacity magazines may also play a major role in preventing mass shootings.

“I think it’s reasonable to say: does a civilian need more than a 10-round magazine in their guns?” Jacobs said.

After Congress banned semi-automatic weapons between 1994 and 2004, Jacobs suggested the number of mass shootings in the country did not drop, but the amount of deaths from these attacks did.

Studies found that mass shooting deaths declined while the law was active—as recently noted by President Joe Biden—but it is unclear how much the ban played a part given that there were still millions of assault weapons and large-capacity magazines in circulation during the 10-year time frame, reported Politifact.

A number of other GOP lawmakers such as Senators Pat Toomey and Thom Tillis have spoken in favor of reform such as stricter background checks. Sen. John Cornyn is also leading negotiations with Democrats to find compromise on gun laws.

However, most Republicans have refused to budge on their beliefs against allowing any restrictions on gun ownership.

Texas Senator Ted Cruz, who attended an NRA convention in Houston just days after the Uvalde school shooting, has repeatedly dismissed calls for changes in gun laws in the wake of the tragedy as “politics.”

Rep. Dan Crenshaw, a Texas Republican who was also meant to be speaking at the NRA meeting over the weekend but pulled out due to other commitments, told CNN’s State of the Union that he opposes the introduction of so-called red flag laws which would allow guns to be removed from those who may be a danger to themselves and others.

“What you’re essentially trying to do with a red flag law is enforce the law before the law has been broken, and it’s a really difficult thing to do,” Crenshaw said. “It’s difficult to assess whether somebody is a threat.”

He added: “If there’s such a threat that they’re threatening somebody with a weapon already, then they’ve already broken the law, so why do you need this other law? That’s the question that I think critics rightfully ask about these things, so it’s really unclear how they’re properly enforced and how due process is adhered to, and then ultimately how they solve the problem.”