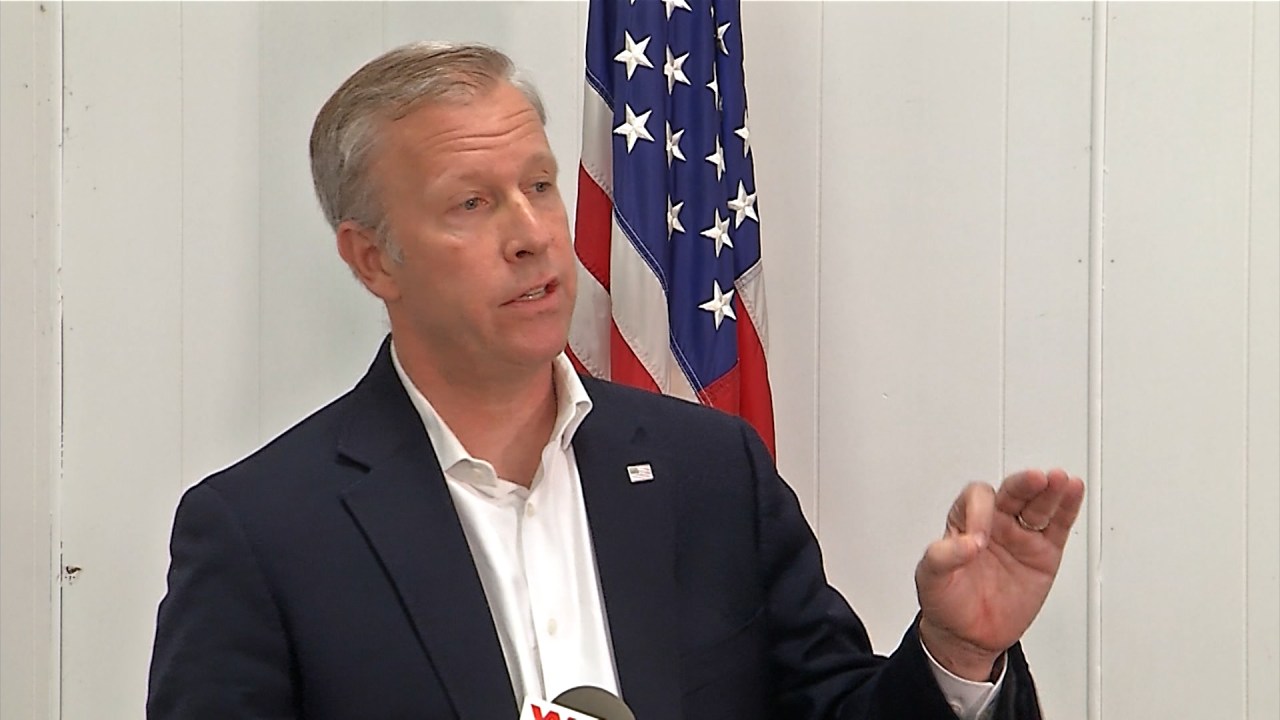 Jacobs, a Republican from Orchard Park, currently represents New York’s 27th Congressional District. After redistricting, he is attempting to win the seat of the state’s 23rd Congressional District this November. New York State Conservative Chairman Gerard Kassar says local party leaders in the district are looking for someone to run in an August primary against him.

“His position is unsatisfactory,” Kassar said.

“We can’t support him in this district,” Lorigo said.

The new district extends from the Towns of Clarence and Newstead down to the Pennsylvania border and across to Elmira. It includes all or part of seven counties. A plurality of registered voters in the red district are in Erie County – nearly 43%.

On Friday, Jacobs came out in support of an assault weapons ban, although he specified he was not in favor of confiscation. He also noted his support for magazine capacity limits and an age limit of 21 for high capacity semi-automatic weapons. The comments came after mass shootings in his hometown of Buffalo and Uvalde, Texas.

“I want to be completely transparent with where I am in Congress,” Jacobs said. The congressman also acknowledged that he thought these positions could be controversial for voters in the 23rd District.

“My hope is that this will serve as a tipping point and I’m glad to see Congressman Jacobs has seen the light on this issue,” Higgins said.

Primaries for Congress in New York State are taking place on August 23 this year as a result of a court challenge to district maps initially drawn by the state Legislature earlier this year. As of Monday, Jacobs is the only candidate to file a certificate for designation in that district on the Republican and Conservative lines according to board of elections records.

However, those who previously petitioned for the Congressional ballot in April still have until Tuesday to file a certificate for designation in the 23rd district. Others have until June 10 to file petitions to get on the ballot.

Lorigo said he had zeroed in on a potential primary candidate for Jacobs, but would not share his name.

New York State Republican Chairman Nick Langworthy did not immediately respond to a request for comment on Jacobs’ gun reform stance or his political future.

Jacobs was first elected to Congress in a June 2020 special election following the resignation of former Rep. Chris Collins. He was endorsed by the NRA that year. He also earned the endorsement of then-President Donald Trump. Over the weekend, Trump’s son slammed Jacobs on Twitter.

“‘Republican’ @RepJacobs already caved to the gun-grabbers whose proposals won’t do a single thing to protect our families & children from criminals & murderers,” tweeted Donald Trump Jr. “He knows this but he can’t resist getting a few glowing headlines from the mainstream media.”

Jack O’Donnell, a lobbyist and political insider with O’Donnell and Associates, predicted Jacobs would be in for a fight to keep a seat in the House of Representatives.

“Absolutely, this was an act of political courage by Congressman Jacobs,” O’Donnell said. “I think his seat is at risk. I think he could face a Conservative primary and Republican primary.”

Chris Horvatits is an award-winning reporter who joined the News 4 team in December 2017. See more of his work here.