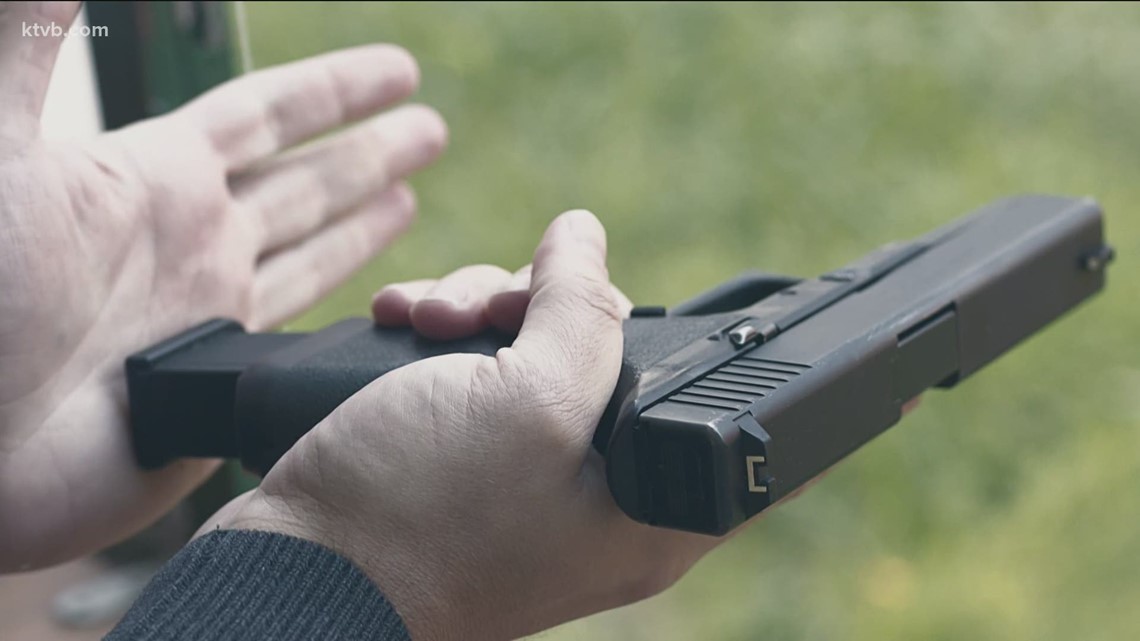 Everytown for Gun Safety ranks Idaho as number two for states in the U.S. with the least restrictive gun laws.

BOISE, Idaho — In the wake of the mass shooting at the elementary school in Uvalde, Texas and at the grocery store in Buffalo, New York, the topic of gun control is at the forefront of many minds. While it is a highly debated topic, some people may be surprised to hear what laws Idaho does or does not have when it comes to firearms and the second amendment.

Idahoans do not need a state permit to purchase or possess any rifle, shotgun or handgun in the state.

Under subsection 3 of Idaho statute 18-3302, it explains Idaho is an open carry state, so people 18 and older can carry weapons without a license, open or concealed as long as they’re not banned from having a gun.

The law writes that people can carry “any deadly weapon located in plain view, any lawfully possessed shotgun or rifle, any deadly weapon concealed in a motor vehicle, a firearm that is not loaded and is secured in a case and a firearm that is disassembled or permanently altered such that it is not readily operable.” A law in 2016 made the eighth state in the U.S. to allow permitless carry in cities.

According to the NRA, the state made an amendment to the law in 2020 that changed the open carry law from “a resident of Idaho” to “any citizen of the United States” while in the state.

Idaho state law said the only exception would be people are not allowed to legally carry when on a K-12 school campus, courthouse or jail facility.

Idaho has no state laws regulating assault weapons or large-capacity magazines, according to the NRA.

There are some restrictions on who may legally have a gun in the state.

Idaho law does not allow people and businesses to sell any weapon directly or indirectly to someone under 18 unless their parent or guardian gives written permission or is with them when they have the weapon. However, a minor can not have a handgun, fully automatic weapon or sawed-off shotgun regardless of parental consent, unless they’re in a class or competition, on private property or legally hunting.

It’s also against the law for someone to carry a concealed weapon when they’re under the influence of drugs or alcohol.

Idaho law bans most people convicted of a felony to carry a gun unless it is restored upon final discharge from a sentence, a pardon or a set aside of a conviction or guilty plea and dismissal of charges.

However, when it comes to most misdemeanors, even including some violent crimes, those with convictions can still carry and purchase firearms legally in the state, according to Everytown for Gun Safety. One of the few exceptions would be someone with a hate crime conviction.

To read more on firearms and second amendment laws in Idaho, click HERE.

Idahoans still need a concealed weapon license (CWL) when traveling to other states that require one. CWLs are available at the local County Sheriff’s Office and is valid for five years.

Everytown for Gun Safety ranks Idaho as number two for states in the U.S. with the least restrictive gun laws.

See the latest news from around the Treasure Valley and the Gem State in our YouTube playlist: