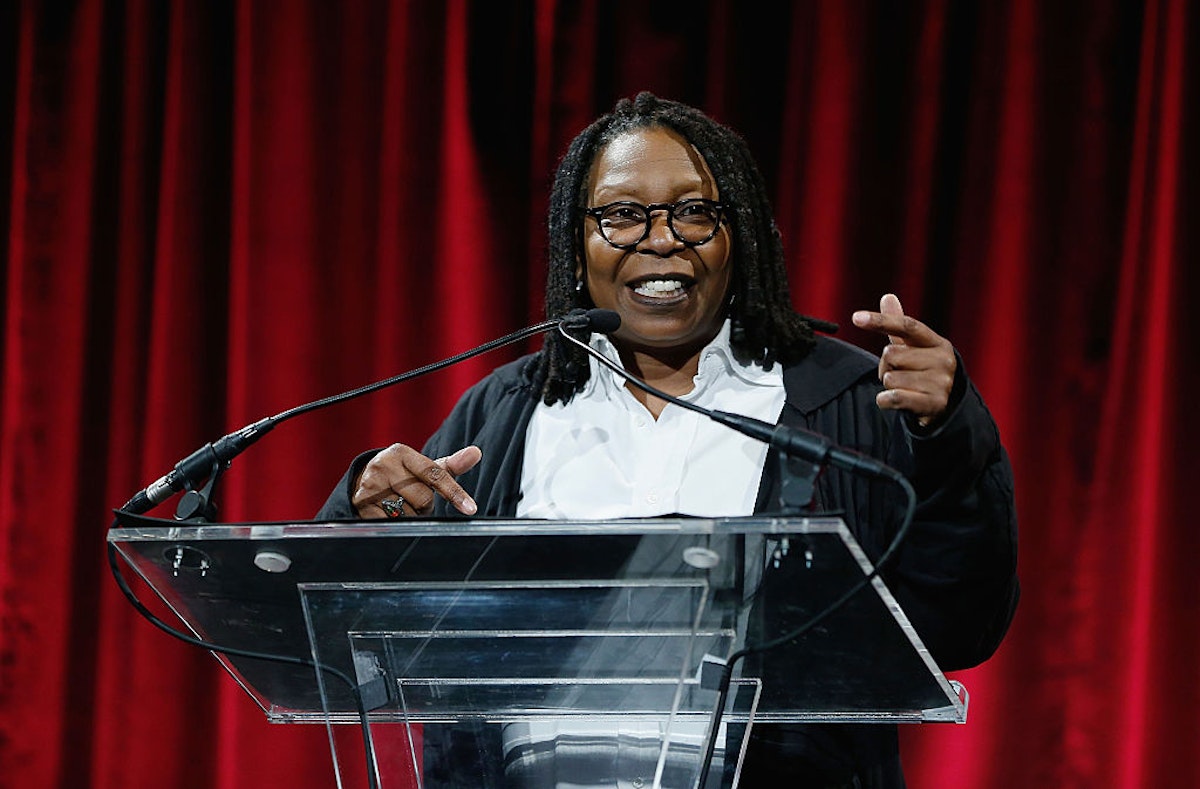 Whoopi Goldberg lectured Americans on their Second Amendment rights during Tuesday’s broadcast of “The View,” telling people that they could have their “yee-haw guns” but she was drawing the line at AR-15s.

Goldberg and her cohosts opened the ABC midday talk show with a conversation centered on renewed calls for gun control in the wake of last Tuesday’s school shooting at Robb Elementary School in Uvalde, Texas — and she argued that the AR-15 “has got to go.”

“You can have your other yee-haw guns, whatever you want,” Whoopi Goldberg lectures Americans, says the AR-15 “has got to go.” pic.twitter.com/0efyxqO6vg

“Listen, this … AR-15 has got to go, I’m sorry,” Goldberg announced, sparking agreement from her cohosts and applause and cheers from the studio audience. “You know, it just — because, you know, I think about those people up in Buffalo who are still suffering because they still can’t go shopping anywhere because nobody will bring a supermarket where these folks are living.”

“There is too much at stake, too many lives have been at stake and too many damn little kids, I’m sick seeing people talking about we should do something, no, we should do something. I don’t care NRA, you got to give that gun up,” Goldberg said again. “You can have your other ‘yee-haw’ guns, whatever you want. The AR-15 is not a hunting gun. It’s not a gun where you’re going to go out and shoot your dinner. This gun is meant to kill people. That’s what it’s for. And you can’t have it anymore. And I’m not even going to tell you how pissed I am so many folks are saying you can’t have what you need for your body, forget my body, you can’t have this gun because it kills people and children and I’m sick of it.”

Goldberg concluded by saying that the correct response might just to be voting the right people into office, adding, “This is some B.S., I’m sick of  little kids — I’m sick of seeing little kids die, because people aren’t paying attention.”

President Joe Biden has also called for restrictions on “assault-style” weapons, although his attempts to define what he would actually ban have often fallen short of the facts and what could actually be feasible.

Speaking to members of the press on Monday after he returned from Uvalde, Biden appeared to suggest banning 9 mm firearms — one of the most popular callers for handguns — when he claimed that a 9 mm bullet “blows the lung from the body” and argued that there was no “rational” basis for owning such a weapon.

He also pushed back on Second Amendment advocates who said that keeping firearms was a means of keeping a tyrannical government in check. “There was a while there where people were saying that, you know, the Tree of Liberty is watered with the blood of patriots and what we have to do is … take on the government when they’re wrong. Well, to do that, you need an F-15, you know? Or you need an Abrams tank,” he said.