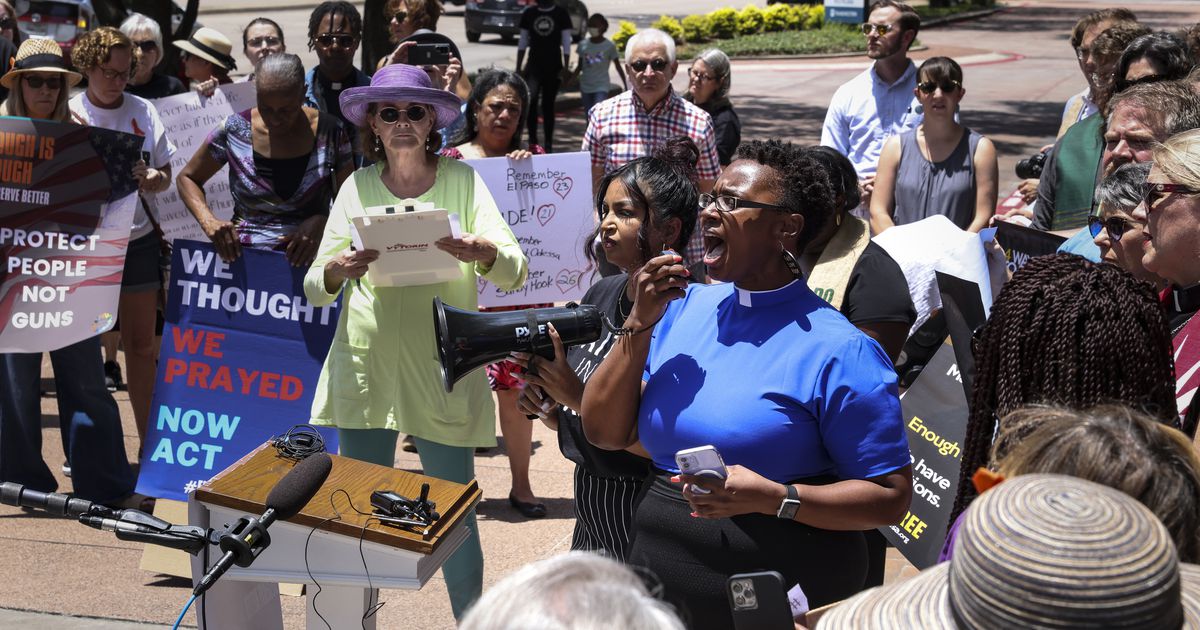 A group of faith leaders on Wednesday called on Sen. John Cornyn to take action against gun violence after the Uvalde school shooting in a meeting with the senator’s staff and a demonstration outside his Dallas office.

Demonstrators held signs with phrases such as “The gun lobby is no match for the God lobby” and “Love thy neighbor as thyself” at the news conference organized by Faith in Texas, a nonpartisan, multi-racial and multi-faith social justice advocacy group affiliated with the national Faith in Action network.

Last week, Cornyn said he was looking forward to discussing ways of combatting gun violence with his colleagues across the aisle but cautioned there are limits on the types of proposals he could support.

”Restricting the rights of law-abiding citizens is not going to make our communities or our country any safer,” Cornyn told reporters last week. “So we need to focus on the specific problem.”

Cornyn has resisted calls for some types of tough gun legislation in the past. He’s also previously touted his support for gun rights along with his A+ rating from the National Rifle Association, an organization that has praised his opposition to a long list of gun-related measures.

Still, Cornyn has played a key role in passing bills related to background checks. One addressed holes in the background check database after the Sutherland Springs church shooting. Another bill aimed to help states enforce existing laws against people who try to illegally purchase firearms, requiring federal authorities to alert state and local law enforcement when a prohibited individual fails a background check.

The faith leaders on Wednesday said they met with Cornyn’s staff and hope their fears will be persuasive to the lawmaker.

Rabbi Elana Zelony, senior rabbi at Congregation Beth Torah in Richardson, said she was teaching the crowd a prayer for peace in Hebrew because she wants a “world where we care more about people’s wellbeing and mental health than gun lobbies.”

It is a time of crisis, grief, sorrow and holy rage as parents say their “goodbyes” to children killed by guns legally purchased, said the Rev. Ryon Price, senior pastor at Broadway Baptist Church in Fort Worth, during a prayer.

“We are enraged, and we are also frustrated, and we are tempted toward despair,” Price said. “Yet, we are here present and determined, defiantly hopeful, concerned, committed, responsible and demanding change.”