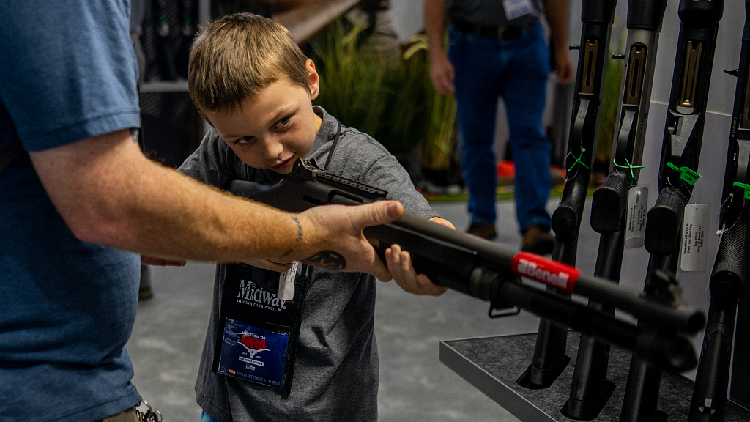 An American man helps his 7-year-old son steady a firearm at the George R. Brown Convention Center, on the sidelines of the National Rifle Association (NRA) annual convention, in Houston, Texas, May 28, 2022. /CFP

An American man helps his 7-year-old son steady a firearm at the George R. Brown Convention Center, on the sidelines of the National Rifle Association (NRA) annual convention, in Houston, Texas, May 28, 2022. /CFP

Editor’s note: Abhishek G Bhaya is a senior journalist and international affairs commentator. The article reflects the author’s opinions and not necessarily the views of CGTN.

Children of today make the world of tomorrow. When faced with mortal danger, it is instinctive of most sentient beings – even animals – to protect their offspring with all their means, and even before their own lives, from any harm. This is what caring families do at a unitary level and civilized societies and nations do at a collective level.

Given this basic evolutionary fact, how could one explain a situation where even the simplest, most ordinary, act of going to school or college campus has turned into a potentially life-threatening risk to children in a country that describes itself as the beacon of democracy and the leader of the free world?

The tragedy that unfolded in Uvalde, Texas, on March 24 is horrific and unimaginable. An 18-year-old gunman entered an elementary school and shot dead 21 individuals, including 19 children – all between the age of 9 and 11.

But what’s more horrific and unimaginable is that despite this not being an isolated incident and gun violence emerging as the leading cause of children’s death in the country for years, the U.S. hasn’t been able to come up with a collective response against its absurd gun culture, taking refuge behind the contentious Second Amendment to the U.S. Constitution. 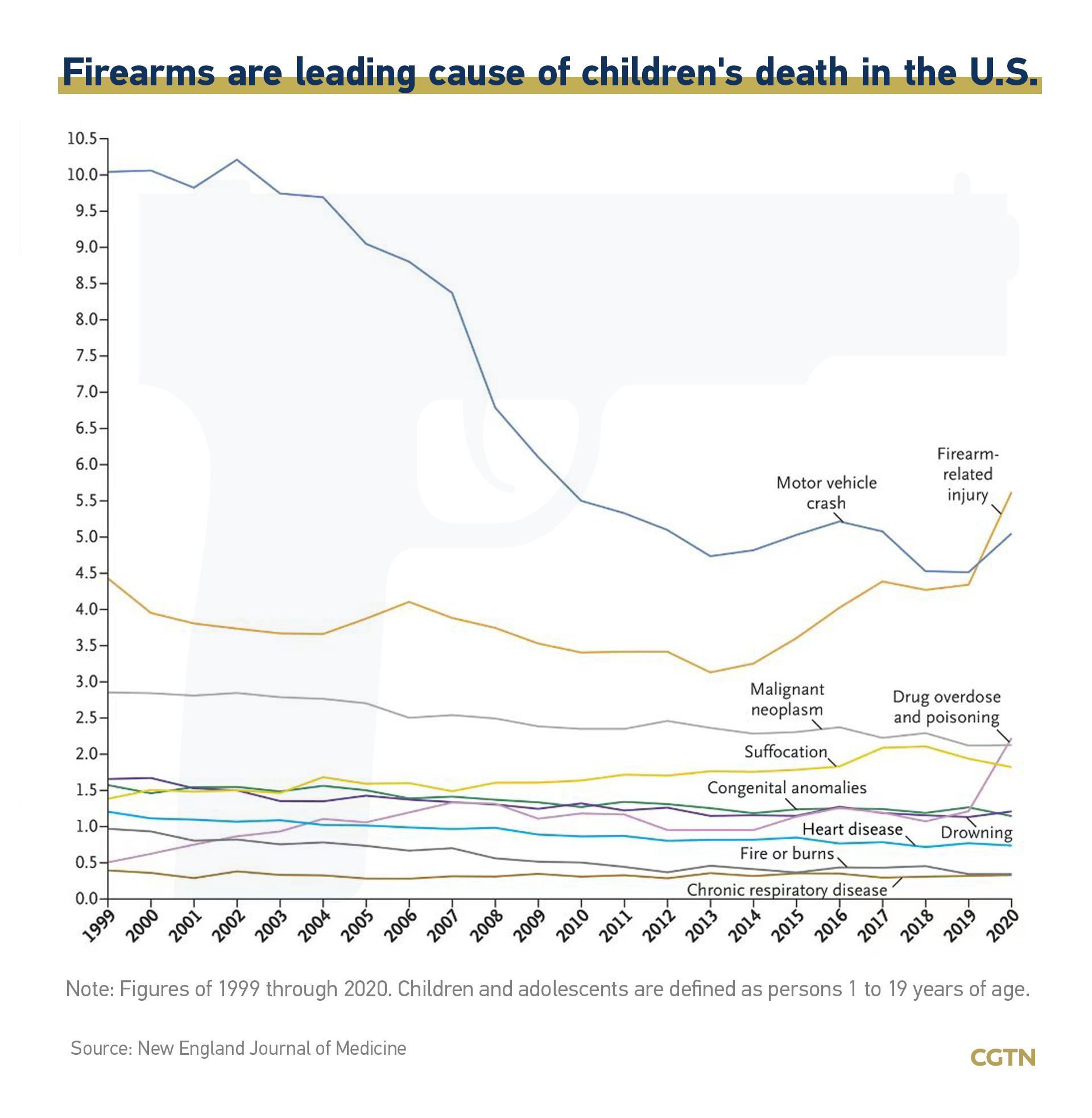 This year alone, there have been at least 23 school shooting incidents in the U.S., resulting in the deaths of 31 individuals, a majority of whom are children.

The gun culture in the U.S. has reached dystopian heights. It is perhaps the only country where school kids go through active shooter-drills wearing bulletproof backpacks the moment they get into preschool. Preparing for the worst-case scenario, kids as young as 5 and 6 years old are taught to throw things at a gunman who might enter their classroom.

Can you get your head around it? Is this by any stretch of imagination acceptable in a civilized world?

While normally Children’s Day is a happy and festive occasion dedicated to the cause of protecting the rights and lives of all children, it won’t be so for many families in the United States who have lost their sons or daughters to gun violence in schools or colleges – places meant to nurture the young minds and protect them from harm. 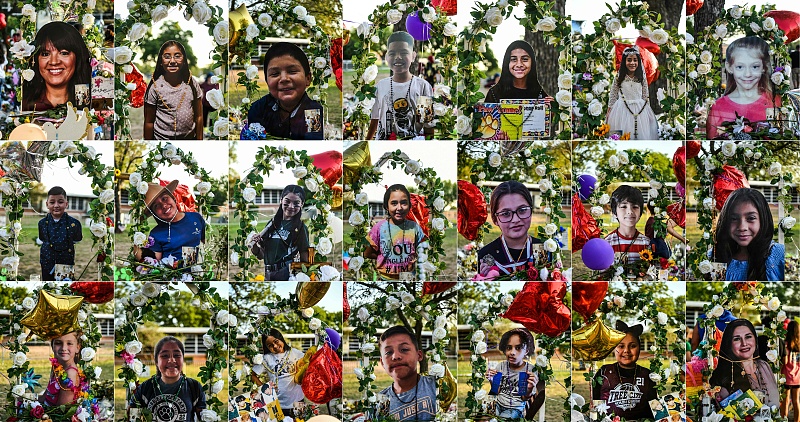 This combination of pictures shows photos of 19 children and 2 teachers who died in the mass shooting, displayed at a makeshift memorial at Robb Elementary school in Uvalde, Texas, U.S., May 30, 2022. /CFP

This combination of pictures shows photos of 19 children and 2 teachers who died in the mass shooting, displayed at a makeshift memorial at Robb Elementary school in Uvalde, Texas, U.S., May 30, 2022. /CFP

After the Uvalade incident, a shocked Miah Cerrillo, 11, narrated how she survived the massacre by smearing the blood of her dead friend over herself while pretending to be lifeless. She is undergoing therapy to deal with her trauma.

In the U.S., countless children are exposed to gun violence each year – at home, school, communities and even through the media. Studies have shown that gun violence can leave lasting emotional scars on surviving children. Such children may experience negative short- and long-term psychological effects, including anger, withdrawal, post-traumatic stress, and desensitization to violence. All of these outcomes can feed into a continuing cycle of violence.

But how has the U.S. responded to this diabolic menace that threatens the freedom, lives and sanity of American children and their families?

The NRA spearheads the powerful gun lobby in the U.S. that defends the Second Amendment to the U.S. Constitution, the centerpiece of American gun culture. 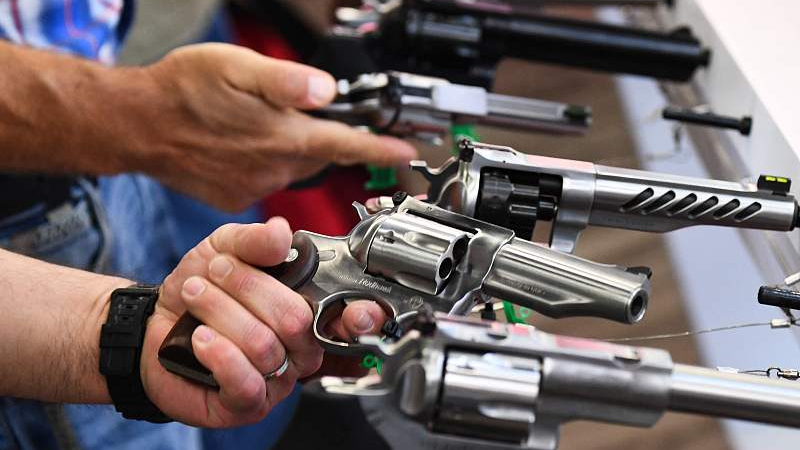 While paying lip service as it observed a token silence to mourn the victims of the Uvalde shooting, the NRA convention dismissed the calls of gun control legislation from some quarters insisting that restricting access to firearms was not the answer to preventing future tragedies. They advocated that “the only way to stop a bad guy with a gun is a good guy with a gun.”

Speakers after speakers argued in favor of stronger security measures in schools – including arming teachers, locking classrooms, putting in bulletproof doors, and single-entry points guarded by armed police or trained military veterans – to contain future school shootings. But none spoke of the most obvious option – gun control.

Over the decades, the NRA has built itself as an enormous political force, with the entire Republican Party and several Democrats on its payroll. Under its influence, the U.S. policy on gun control is unlikely to change despite hundreds, including innocent children, dying in gun violence every year.

The toxic gun culture could also be seen as a revolting extension of American exceptionalism. Both go hand in hand with the white supremacist ideology, that today is a cornerstone of the U.S. political system.

In light of the extraordinary clout of the gun lobby, it is clear that the U.S. – which would like to see itself as a shining light of freedom, liberty and civilization – doesn’t have the political wherewithal to protect its own children. In conclusion, it seems that the U.S. is likely to sacrifice its children to keep its firearms.

(If you want to contribute and have specific expertise, please contact us at opinions@cgtn.com. Follow @thouse_opinions on Twitter to discover the latest commentaries on CGTN Opinion section.)