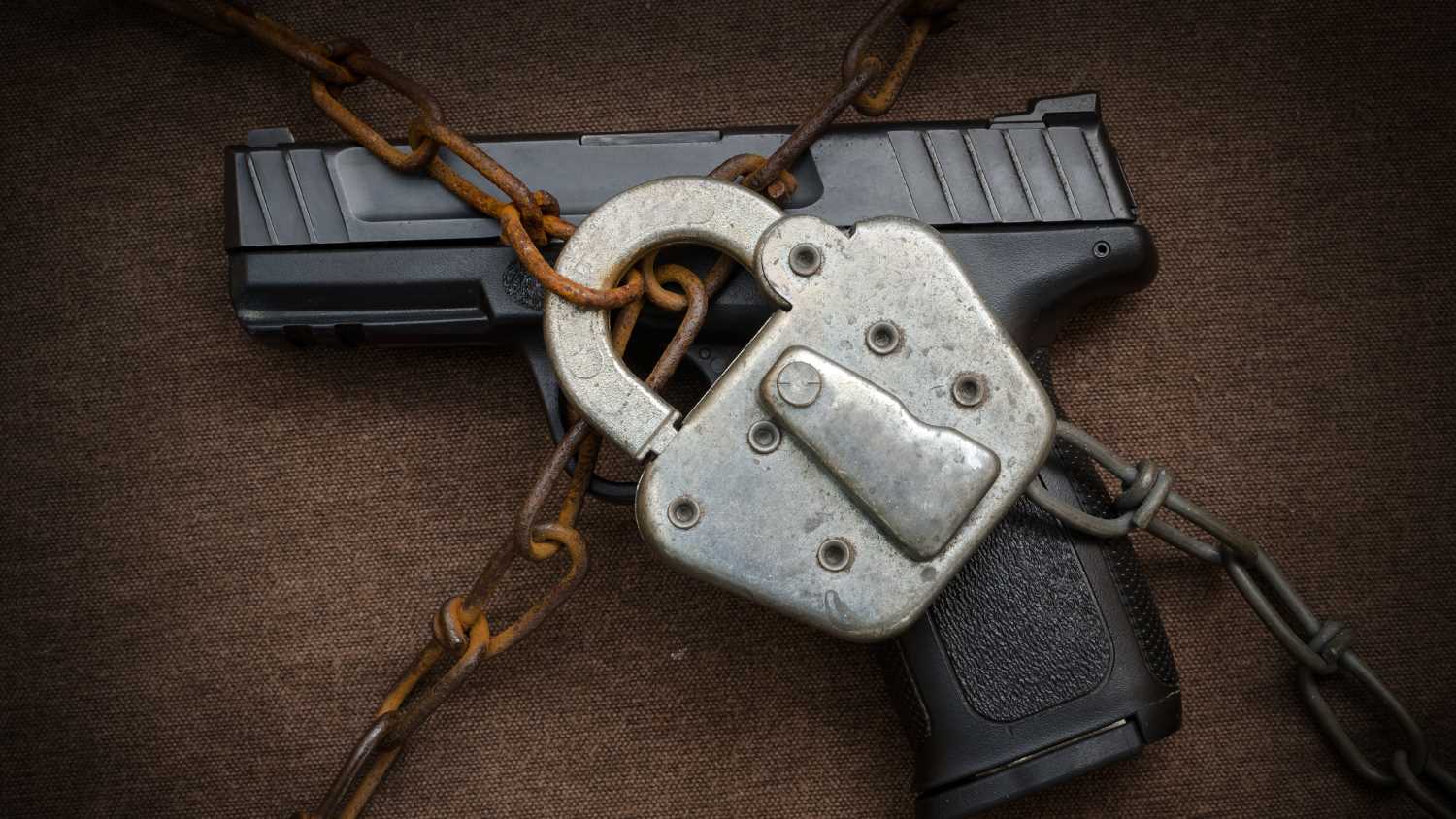 As they unfailingly do, gun control proponents are using emotionally-charged moments of national tragedies to try to advance their pre-existing agenda to ban firearm ownership, or some portion of it, in whatever ways they can. Reports indicate that the leading proposals being considered by Congress concern what is commonly called “red flag” or “extreme risk protection order” legislation. The real purpose of these laws, however, is simply to empower judges to nullify Second Amendment rights with the stroke of a pen.

The NRA opposes any such effort.

Judicial nullification – or “red flag” – laws presuppose judges can determine who will act out in dangerous and unlawful ways ahead of time and issues decrees to prevent this from happening.

Both premises are flawed.

There is simply no accurate, consistent, or scientifically valid way to determine who – among those who have not already behaved violently – will become violent at a future time. The RAND Corporation, in an exhaustive survey of existing gun control research, underscored this point in the context of mass shootings, in particular:

The nature of mass shootings creates serious challenges for developing policies that will effectively prevent their occurrence. For instance, their rarity makes it difficult to extract generalizable information to identify useful predictors of risk. The low base rates of these events also ensure that policies targeting individuals based on risk factors would result in an extremely high rate of false positives; even the best available risk factors can identify only a subpopulation in which the risk of committing a mass shooting is on the order of one in a million.

Moreover, the link between violence and mental illness has also been commonly overstated and misunderstood.

Even if it were possible to accurately predict future dangerousness, simply depriving an individual of the right to possess or receive firearms, without addressing the underlying causes of the person’s dangerousness or instability, cannot prevent bad outcomes. A desperate, dangerous, or unstable person left to his or her own devices can still cause harm to self or others, including with illegally acquired firearms.

Another flawed premise of these laws is that it is even practical or possible to know who has firearms and where they are, much less to seize and confiscate all of them even from a single individual. America, rightly, does not have a comprehensive registry of firearms and owners. Most states do not either. This is by design, indeed to protect the constitutional right to keep and bear arms and to prevent oppressive schemes at large-scale firearm confiscation. Some people who own many guns store them at multiple locations. It might be difficult or impossible to surrender a large and diffuse collection of firearms in the timeframe required by typical “red flag” legislation. But many people likely would not cooperate. And authorities would have no practical way of forcing them. Requiring people to make sworn declarations about firearm possession, moreover, raises other constitutional issues, including against the right to compulsory self-incrimination.

Unsurprisingly, the RAND Corp. survey was unable to substantiate any positive benefits of these types of so-called “red flag” laws, including on reducing suicide, mass shootings, officer-involved shootings, unintentional injuries and deaths, and violent crime.

But even if these laws had some evidence of success, they would still unacceptably fly in the face of due process, the presumption of innocence, and fundamental fairness. America’s constitutional and legal orders are premised on defining what the government can do and circumscribing its ability to intrude on fundamental rights. These laws fail in this respect as well.

As currently proposed in Congress and as enacted in the states, these laws trample on individual rights.

They allow judges to issue temporary nullification orders without giving the accused individual the opportunity to respond to the accusations. The first time many affected persons will know of the allegations against them is when law enforcement officers come to serve the orders and seize their guns. And even if the person later has an opportunity to tell his or her side of the story at a hearing, the damage to the person’s rights is done the moment the guns are removed. The value of a gun, particularly for the core constitutional right of armed self-defense, is completely obliterated if the gun is not available when needed and to provide peace of mind in the meantime.

To the extent the person has a right to judicial process, the laws typically allow for adverse actions under very low standards of proof, such as “reasonable suspicion,” “probable cause,” or “preponderance of the evidence.” This is in contrast to laws that prohibit firearm possession after a criminal conviction, which the state must establish by proof “beyond a reasonable doubt,” or after a civil commitment, which requires “clear and convincing evidence.”

Some laws or proposed laws do use the more stringent standard of “clear and convincing evidence” when it comes to the proof necessary to sustain a lengthy deprivation measured in months. But why would it ever be preferable simply to seize a demonstrably dangerous person’s guns, when it would be possible on the same proof to have the person taken into custody, incapacitated from acting out, and given treatment or services to address the underlying problems? This makes sense only if the real goal is simply eliminating firearm ownership, rather than actually improving individual well-being and public safety.

The lengthy deprivations authorized under the laws – months and in some cases up to a year – also obviate any requirement of imminence in the purported danger. Some allow for renewals of orders, even in the absence of a violation. Continued deprivations of civil liberties, on purely speculative harms, even after the individual has actually proven to be non-dangerous for months, raise obvious and chilling concerns.

“Red flag” laws also create danger for the individuals whose rights are affected and the officers tasked with executing the orders and seizing lawfully owned guns. In Maryland, for example, a citizen with no criminal history or outstanding charges was killed by police when officers attempted to served an order and seize the person’s lawfully owned gun. A relative would later tell the Baltimore Sun, “I’m just dumbfounded right now … My uncle wouldn’t hurt anybody.”

Even a state chapter of the American Civil Liberties Union – an organization which despite its name does not generally oppose and sometimes even supports gun control – wrote a lengthy analysis raising serious concerns about the civil liberties implications of red flag legislation then pending in Rhode Island. Many issues the analysis identified are common to the pending federal legislation and existing state laws. For example:

Hindsight is 20/20. And it often seems after the fact that it should have been obvious that someone was headed for a violent episode. But most of the supposedly telltale “red flags” of impending violence are exceedingly common occurrences that never result in any violent behavior. Many people are loners. Many people are victims of bullying or ostracism. Many people drink or use drugs to excess. Many people experience setbacks at school, at work, and in relationships. Many people have an interest in firearms and true crime. Many people use bellicose, sinister, vague, or overheated language online or in other public forums. And the list continues. Routinely involving the police in these situations is not only unconstitutional, it is unproductive and not part of their mission to protect the public.

Indeed, these laws allow not just speculation but outright prejudice, bias, ignorance, inexperience, malice, and resentment to influence the rights, reputation, and safety of innocent people. In the absence of reliable scientific metrics, these factors are just as likely to influence the reasons these orders are sought and issued as anything else.

Gun owners need look no further than the overheated rhetoric heaped on them and their advocates whenever a deranged individual commits an atrocious crime with a gun. The NRA, for example, has been labeled a “terrorist organization” by (among others) the San Francisco board of supervisors and the current New York attorney general. Editorialists frequently accuse the NRA of having “blood on its hands.” And members of Congress, sworn to uphold the Constitution, even attack their colleagues for standing by the Second Amendment, with one recently accusing another of being a “baby killer” for supporting the right to keep and bear arms. Given these inclinations, and the increasingly divisive and corrosive tone of politics and public debates, these laws are ripe for abuse.

The NRA will fight any attempt to treat the Second Amendment as a second-class, disfavored right. This includes gun control disguised as so-called “red flag” legislation, which itself is a harbinger of bad things to come in the form of increasingly restrictive and totalitarian gun control.