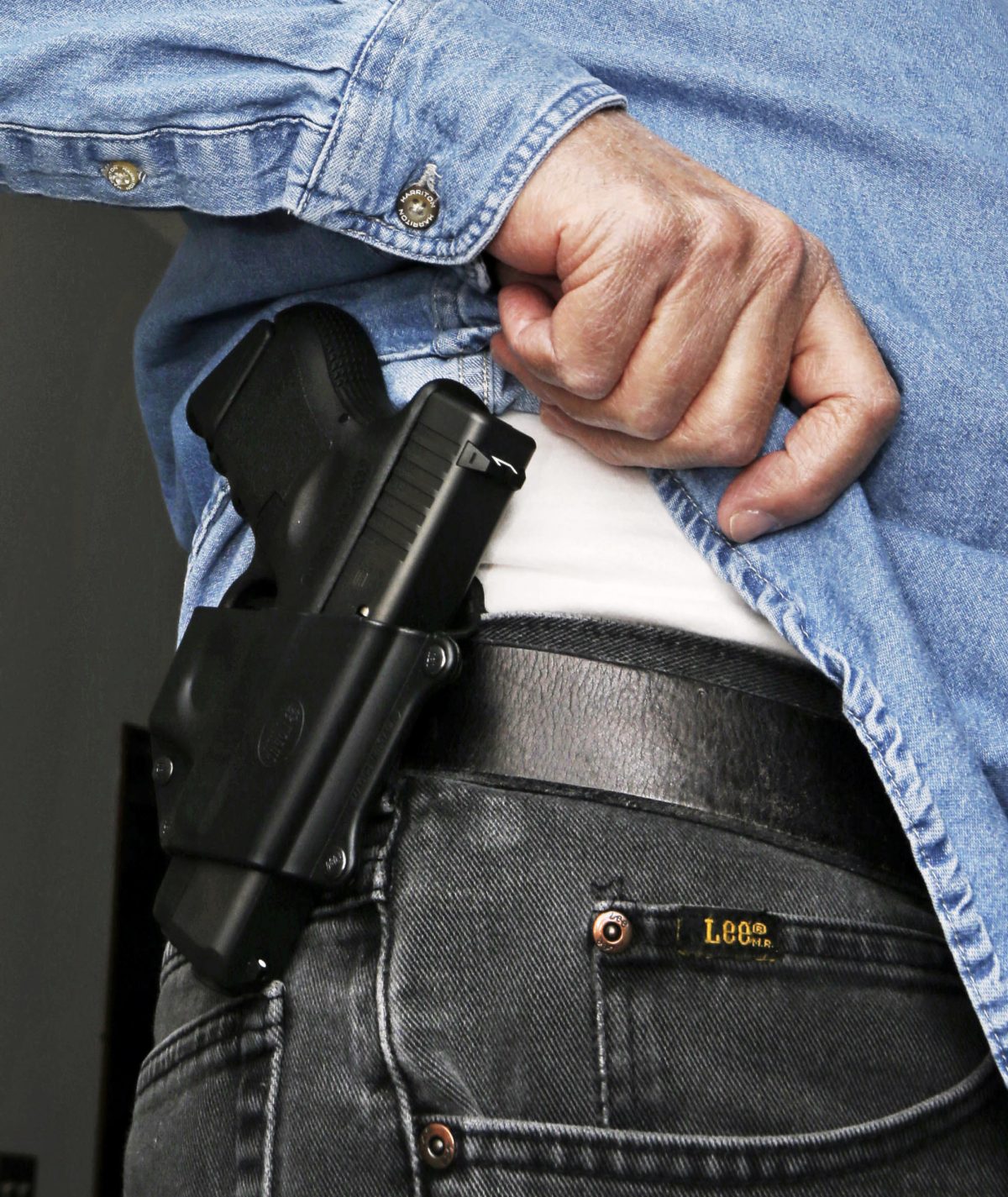 The Ohio state legislature is considering a bill that would dramatically lower training requirements for teachers who wish to carry guns at school.

Under current Ohio law, individual school districts are able decide whether teachers and staff members can arm themselves. In June 2021, the Ohio Supreme Court ruled 4–3 that any school employee who wants to bear arms on school grounds must either have 20 years of experience as a police officer, or have completed a basic police training program.

House Bill 99, proposed by Republican state Rep. Thomas Hall, would instead require school employees to first obtain a concealed carry weapon (CCW) license before they can carry a gun at school. Ohio’s CCW course takes eight hours, with at least two hours on the range with live fire training.

“750-plus hours is not a realistic or practical requirement for full-time staff to complete in order to simply keep our students and educators safe,” Hall said in a press release.

Ohio law does not specify the criteria school employees have to meet in order to carry guns at school. It does say, however, that a school district may not hire anyone “as a special police officer, security guard, or other position,” unless that person has 20 years of experience as a police officer or has completed a basic police training program.

In the majority opinion (pdf), Chief Justice Maureen O’Connor of the Ohio Supreme Court wrote that this effectively means schools are banned from allowing employees with no police training or experience to carry guns on campus.

“Applying the plain, ordinary meaning of the statutory language, a school employee who is not employed as a special police officer or security guard is employed in an ‘other position,’” O’Connor wrote.

So long as the 4–3 ruling stands, Ohio teachers must either disarm or undergo extensive police training. Hall said this prompted him to put forth House Bill 99, which has so far passed the House and its first committee hearing in the Senate.

“At the end of the day, what we are talking about here is empowering our local schools to make the best decision for their students and educators so that our children feel safe and are safe in Ohio schools,” he said.

Introduced in 2021, House Bill 99 recently gained renewed attention because of the May 24 attack that left 19 children and two teachers dead at a Uvalde, Texas, elementary school.

Bill Pan is a reporter for The Epoch Times.