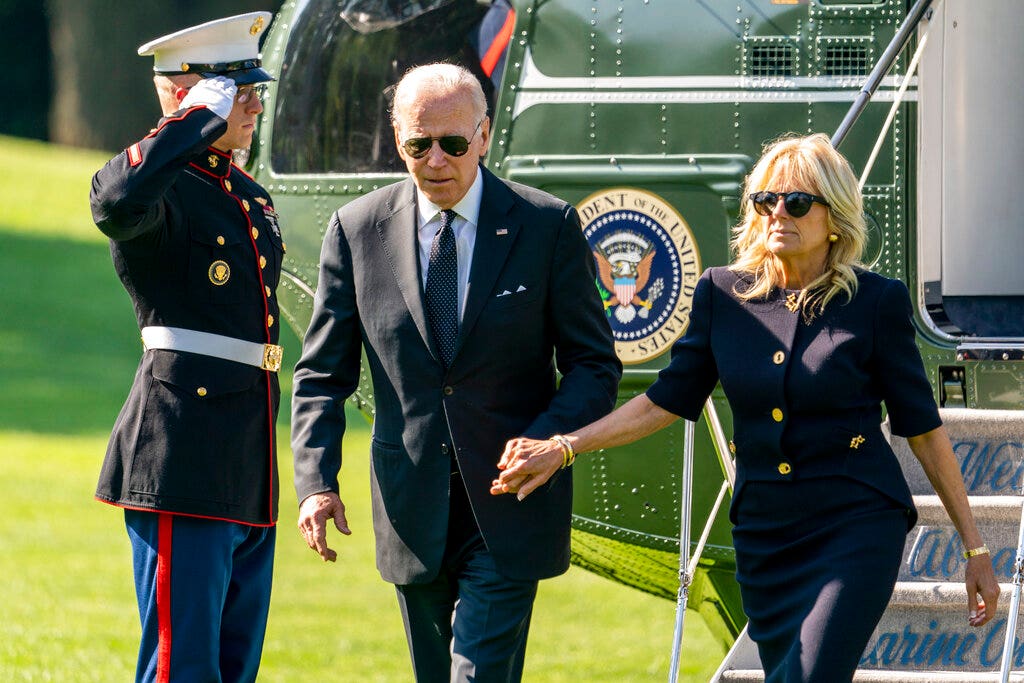 President Joe Biden called for “unity” and demanded Republicans support his position on guns. It was a blatantly political speech and even many journalists admitted it.

CNN’s Chief Political Analyst Gloria Borger got to the heart of the speech with her analysis: “I think what the president was doing was getting political here. And he called Republicans who would vote against this ‘unconscionable.’” The Daily Mail agreed the speech had an aggressive tone and said Biden, “tore into Republicans who stood in the way of tightening restrictions.”

The White House set the scene to exploit the murders for votes. Biden was flanked on both sides by rows of burning candles representing the 56 states and territories. The drama was about resuscitating the Democrat base in time for November.

New York Times staffers said the issue was about the midterms. D.C.-based Correspondent Emily Cochrane explained, “In an acknowledgement that Congress may not touch his wish list of legislation, Biden made a political point, saying that he believes Americans will make it a central issue when it is time to vote.” Biden kept repeating the list, almost begging the Hill to deliver even on raising the age limit for buying rifles so he could claim some success.

Times Reporter Glenn Thrush brought up the “E” word. “Biden’s speech was a broad summons to the American people — and a vow to make the issue of guns central in the midterm elections.” That strategy would sure beat talking about the economy or gas prices.

Journalists admitted that meant the speech was intended to motivate the base. Liberal writer Molly Jong-Fast said, “This is the kind of legislation that could theoretically excite the democratic base right before the midterms.” If that’s possible.

When Politico admits most everything on Biden’s wish list is a non-starter, that doesn’t bode well for the list.

National Journal columnist Josh Kraushaar painted a rough picture for Democrats, even on the Left Coast. First, he agreed about the political tilt of the address, “This isn’t a speech looking to ensure Chris Murphy/John Cornyn’s small scale legislation gets passed // it’s a speech framing the issue for the midterm elections.”

Then he quoted a Politico piece showing how difficult those midterms will be. “Democrats are already looking at some troubling early turnout numbers: So far, only about 2.2 million Californians have returned ballots. That’s less than a third of the total early vote at this point in California’s recall election last year.”

Beyond politics, left and right fell into predictable camps with CNN being a notable exception. The cable network featured a piece about “deeper dysfunction among White House aides.” The story was all about the F-bombs in the White House – frustration and failure.

That wasn’t how one sycophant saw it. Former nominally conservative Washington Post columnist Jen Rubin reminded followers her conversion to the left is complete. She tweeted out embarrassingly pro-Biden commentary, calling it, “one of Biden’s best speeches. specific, graphic and somewhat angry.”

Journalists tend to forget that Biden wasn’t always an anti-gun extremist. Arizona Republican Congressman Andy Biggs tweeted out a history lesson before the speech. “Let us remember Joe Biden once said: ‘I am convinced that a criminal who wants a firearm can get one through illegal, untraceable, unregistered sources, with or without gun control.’ This still applies today!”

For its part, the NRA simply responded to the speech by tweeting out the text of the Second Amendment: “A well regulated militia, being necessary to the security of a free state, the right of the people to keep and bear arms, shall not be infringed.”

Supreme Court Hit by Onion | Opinion | Salt Lake City
The history of the AR-15 and how it became a symbol of American gun culture
‘I will never be against the second amendment’: Run the Jewels’ Killer Mike on rap, racism and gun control | Run the Jewels
American gun culture is based on frontier mythology – but ignores how common gun restrictions were in the Old West
John Cornyn says gun deal shows U.S. Senate can still function