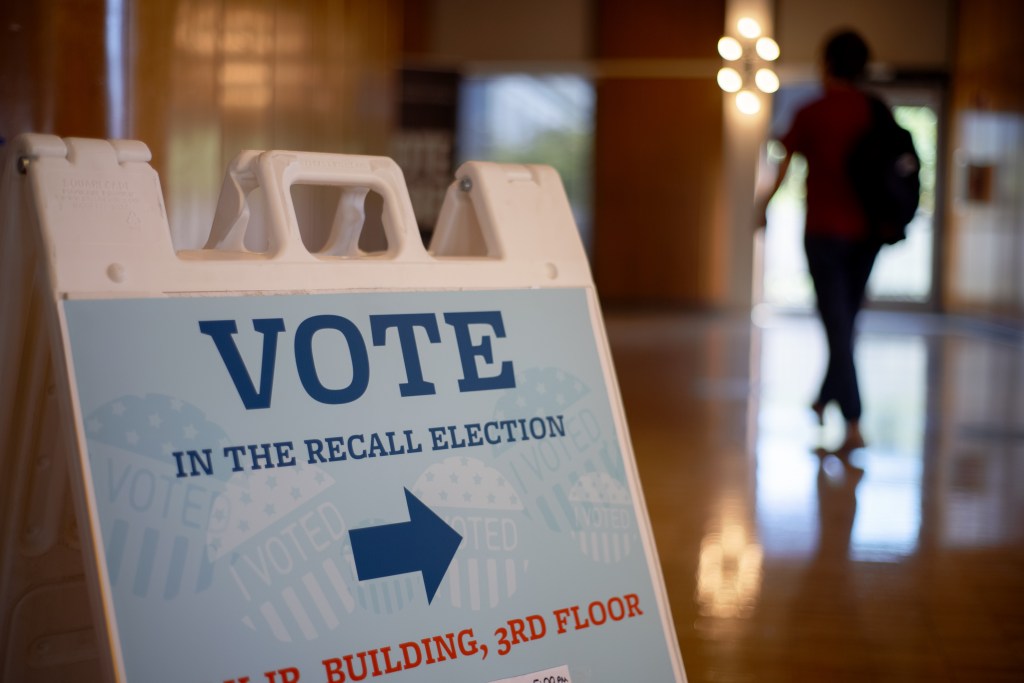 Jensen, Jonsen have
experience others lack

I retired from the Sheriff’s Office with 30 years of service. I worked under four sheriffs.

There are four people running for the sheriff’s spot, as the current sheriff, Laurie Smith, is not running

Kevin Jensen and Robert Jonsen are current or prior administrators. Both are qualified to handle a multimillion-dollar budget and both have experience running Enforcement and Correction Divisions.

Sean Allen and Christine Nagaye spent their careers working in the Correction Division. Both were promoted to sergeants (supervisors). Neither has experience as an administrator. They only supervised correctional officers. They have no experience in working in the Enforcement Division, nor do they have the experience to run a multimillion-dollar budget.

It would be nice if Sean Allen and Christine Nagaye gave their support to the other two candidates, instead of trying to take votes from them.

I have observed numerous elections in San Jose, but this time I have noticed that the majority of the candidates have not paid any attention to the campaign rules regarding signage, specifically yard signs.

They are planted everywhere, not just on private property, with approval, as stipulated in the campaign rules.

The elected are even responsible for what their team members and staff do on their behalf. I guess I will simply not vote for those who cannot abide by rules, anticipating that they will do the same once in office.

“A well regulated Militia, being necessary to the security of a free State, the right of the people to keep and bear Arms, shall not be infringed.”

Given that this was written over two centuries ago, and with “arms” that were so much less dangerous than those of today, it’s ridiculous not to redefine this amendment.

It would be best to allow weapons intended for hunting, which could also be used for defense – and to exclude semiautomatic and automatic firearms and large-capacity magazines.

Add gun fetish to reasons
not to vote for Republicans

I read the letter today admonishing voters to stop supporting Republicans (“If you value democracy, stop voting Republican,” Page A6, May 27) with a large degree of skepticism and a belief in moderation in all things. But then I read the Republican responses to the Texas school shooting.

Mindless pandering to the NRA, playing the mental health card while simultaneously cutting funding for mental health care, accusing everyone (but themselves) of playing politics with human tragedy. Republicans have a bankrupt ideology with no program to solve any of America’s or the world’s problems. Like their morally repugnant figurehead, they pursue power for its own sake, put their financial gain ahead of any consideration of the wellbeing of others, and spew wildly fantastic conspiracy theories to distract attention from their determination to lead us into the second coming of the Dark Ages.

Vote Republican? Not without repudiating their puppet master, his Big Lie, QAnon, and their made-up world of alternative facts.

With Tuesday’s school shooting on my heart, I heard Donald Trump say at the Houston NRA meeting that we needed to “drastically change our approach to mental health.”

Yes. I have a practical suggestion: Let us provide free mental health care for all. It is possible to save many who would otherwise choose this awful form of suicide. Of course, it will be expensive, but think about those dead children.

I’ve heard the saying, “It’s not the gun, it’s the person shooting the gun.” I’ve heard, “The solution is we need more security guards at schools.” Neither of these ideas works.

It wouldn’t hurt to have a security guard, but the point is we need gun laws at the bare minimum and to increase the age to buy guns to 21. We also need to get rid of assault weapons.

Legislators in our country need to follow the lead of Australia and New Zealand. After a mass shooting of 35 in the 90s in Port Arthur, Tasmania, Australia, and the horrific mass shooting in Christchurch, New Zealand, Australia within two weeks minimized gun purchases and had a mass buyback of guns. New Zealand did a similar thing. Why can’t we do the same?

Minority imposing views
on all Americans

The Supreme Court appears to be about to take away a basic freedom that has been the law of the land for almost 50 years and allow extreme restrictions on a woman’s right to obtain an abortion. “Pro-life” state assemblies have enacted a slew of highly repressive trigger laws that will go into effect when Roe vs. Wade is overturned.

These laws will have a harmful effect on a woman’s health, her career, and her ability to give any children she has the attention and financial support they need.

The slogan “life begins at conception” is catchy, but what we know of fetal brain development indicates that there’s no one there. This is a minority of Christian sects imposing their beliefs on the rest of the citizens. Such laws don’t belong in a nation that values freedom of belief and of conscience for all people.