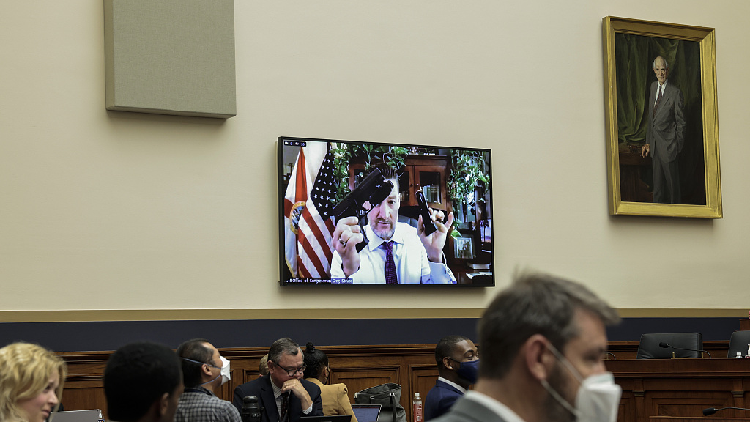 Editor’s note: Thomas O. Falk is a London-based political analyst and commentator. He holds a Master of Arts in international relations from the University of Birmingham and specializes in U.S. affairs. The article reflects the author’s opinions and not necessarily the views of CGTN.

The senseless, murdering gun violence in the U.S. continues, and even the most recent tragedy will not lead to a rethink.

Bill Clinton, Barack Obama, Donald Trump and Joe Biden: Four of the last five presidents had to stand in front of a microphone and explain to a shocked country that a gunman murdered innocent children and teachers. Thoughts and prayers is the phrase that has become disturbingly frequent for American politicians who have seemingly developed this default reaction whenever national tragedies such as the most recent massacre in Texas occur.

Usually, thoughts and prayers are accompanied by the public’s repeated appeals for change, for an overhaul of gun laws. However, these appeals remain unheard.

This was disturbingly well displayed by America’s National Rifle Association (NRA), the nation’s powerful gun lobby. Just days after the school shooting in Uvalde, Texas, the NRA celebrated itself at its annual meeting – including a speech by Donald Trump that more weapons are the solution – as if nothing had happened, even though less than 72 hours had elapsed between the killing spree that claimed the lives of 19 fourth graders and two teachers.

The horror of Uvalde marks the 27th school shooting in 2022.

The primary reason for the ostentatious love of guns remains the interpretation of the Second Amendment, which some Americans today interpret as a virtually limitless constitutional right. It is regarded as an expression of sovereignty over an overpowering state and, thus, quintessentially American. Various states go even beyond the mere right to bear arms. In Texas, for instance, carrying handguns openly is legal without a license or training. 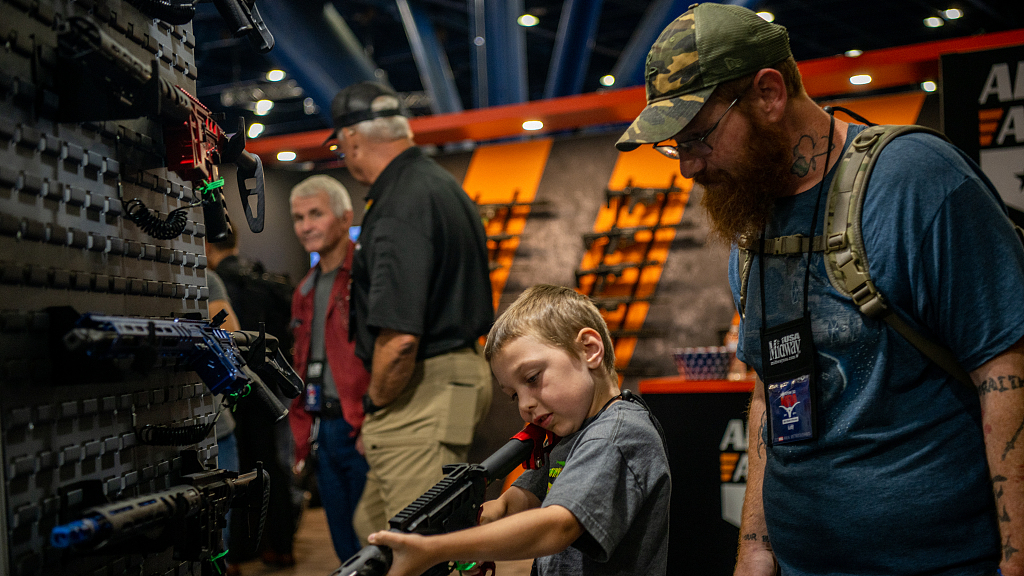 That the Amendment is more than two hundred years old and thus somewhat outdated in a modern democracy is a fact gun supporters do not want to get in the way of a good story, one feels.

Gone are the days when that very same Constitutional Amendment was primarily based on securing one’s individual safety. Today, legal gun control equals unacceptable curtailment of the liberty of righteous citizens.

As a result, there are now more U.S. civilian-owned guns – over 393 million – than in any other country on the globe. Moreover, many gun owners proudly carry, display and collect their guns, shotguns, revolvers, and rifles, which resembles more of a fetish than loyalty to the 2nd Amendment.

And, of course, the vast circulation of weapons has consequences. Data from the Centers for Disease Control and Prevention shows that guns were the leading cause of death among children in 2020, ahead of drug abuse or cancer.

NRA members counter these statistical realities by claiming that mass killings are an inevitable “evil” and cannot be eliminated by gun control laws. Bad people kill, not guns, and that’s their logic in a nutshell.

However, it is a prima facie failure of politics in the country. It can be made apparent via a single fact: The Texas perpetrator was able to legally buy an Assault Rifle and almost 400 rounds of ammunition on his 18th birthday. Meanwhile, to purchase alcohol, he would have had to wait another three years. This legal-rational doesn’t simply lack any logic; it is appalling.

A decade ago, when 20 first-graders and seven adults were killed at Sandy Hook Elementary School in Connecticut, America seemed paralyzed. However, what was supposed to be a turning point was just another reminder that Democrats and Republicans are incapable of reforming the country. It won’t be any different this time either.

Republicans continue to oppose gun controls and block legislative reform. Securing the NRA’s campaign funds and the votes of its supporters remains sine qua non for many legislators in Washington and the states.

And with the upcoming Senate primary in November, gun control bills have already been blocked by the Senate. Even a desperately needed return to the “assault weapon ban” that was in force from 1994 to 2004 and at least restricted the sale and ownership of semi-automatic rifles will almost certainly not transpire.

It means nothing less than the senseless dying will inevitably continue, and with it, thoughts and prayers. Left in the lurch by politics, teachers will continue to practice with small children the correct behavior in the event of a killing spree, while parents send their children to school with a queasy feeling – a status quo that is simply startling and unworthy of a nation like the U.S. and the aspiration the country holds of itself.

(If you want to contribute and have specific expertise, please contact us at opinions@cgtn.com. Follow @thouse_opinions on Twitter to discover the latest commentaries in the CGTN Opinion Section.)