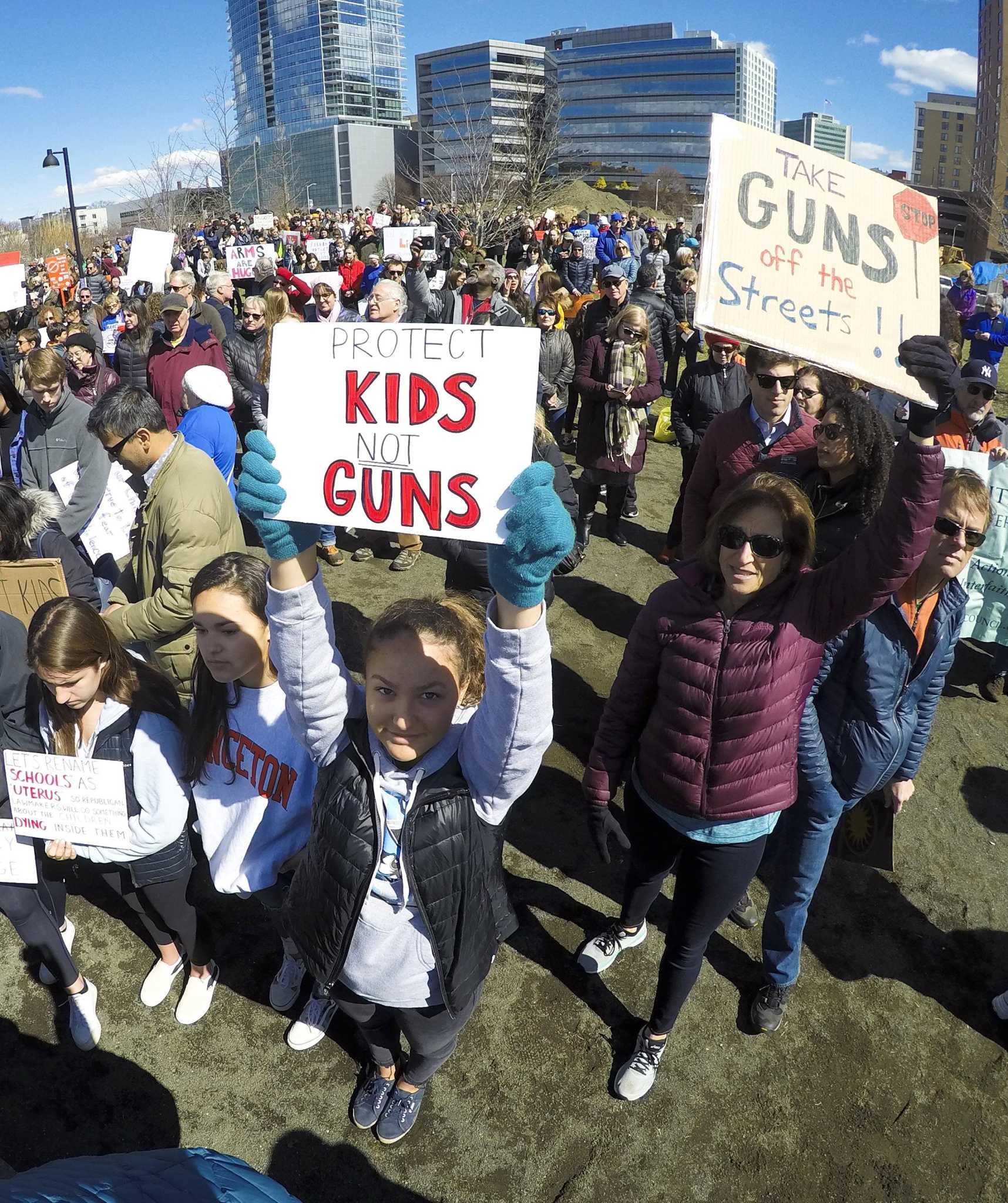 This carnage continues despite the fact that a majority of Americans — Democrats, Republicans, and NRA members — support common-sense gun laws, like universal background checks, a national gun sale database, and the banning of assault weapons.

These laws, and others, are being held hostage by Republicans in the U.S. Senate. Their failure to act, and their callous disregard for the lives and safety of Americans, contributes to the daily horror of preventable gun violence in our country.

We’ve had enough. In 2018, almost 3,000 people rallied with us in Stamford to demand an end to gun violence. This Saturday, June 11, we invite you to join us, and thousands of allies across the country in more than 500 March for our Lives events, as we pledge to use our vote to oust lawmakers at all levels of government who block or oppose life-saving gun violence prevention bills.

In Connecticut, we’ve worked tirelessly to pass successful measures to reduce gun deaths and injuries and we know that common sense gun laws work. It is how Connecticut has become one of the safest states in the nation. Our success is made possible by us, the voters, who make it our mission to elect and re-elect a gun-sense majority in the State Assembly, and a governor and Congressional delegation who are champions of gun violence prevention legislation. Our small state has made a big impact on gun laws across the country, and today, Connecticut serves as a role model to other states. It is why our U.S. Senators — Chris Murphy and Richard Blumenthal — are leading the negotiations in the U.S. Senate toward what we hope will be meaningful legislation in Congress.

Connecticut continually steps up to protect its citizens. Since our last rally in 2018, a law banning “ghost guns” and 3-D printed guns was passed to legally prohibit people from making homemade weapons without traceable serial numbers. We passed safe storage laws for homes and vehicles. Our red flag law was recently updated to allow family members, household members, and medical professionals to petition the court to remove guns from the possession of someone who poses a risk to themselves or others. And this year, we passed landmark mental health funding to support children who are struggling.

But even here in Connecticut we recognize there is more work to do. We continue to fight for a much-needed Office of Gun Violence Prevention and sustained funding for intervention programs that actively address the systems which enable street-level gun violence and to support better programs for our youth. Legislation has been proposed to prevent bulk purchases of guns, create a gun tracking task force which would identify the source of illegal guns, and to limit the amount of ammunition one can purchase in the period of a month.

We are confident these bills will ultimately pass in Connecticut because we will work tirelessly to elect candidates on Nov. 8 who make gun violence prevention a priority.

Let your voice be heard at the March For Our Lives Stamford Rally in Mill River Park at 11 a.m. on Saturday, June 11. Join us in amplifying the call for long overdue votes in the U.S. Senate on gun safety legislation. We owe it to survivors. We owe it to our children. We owe it to each other.