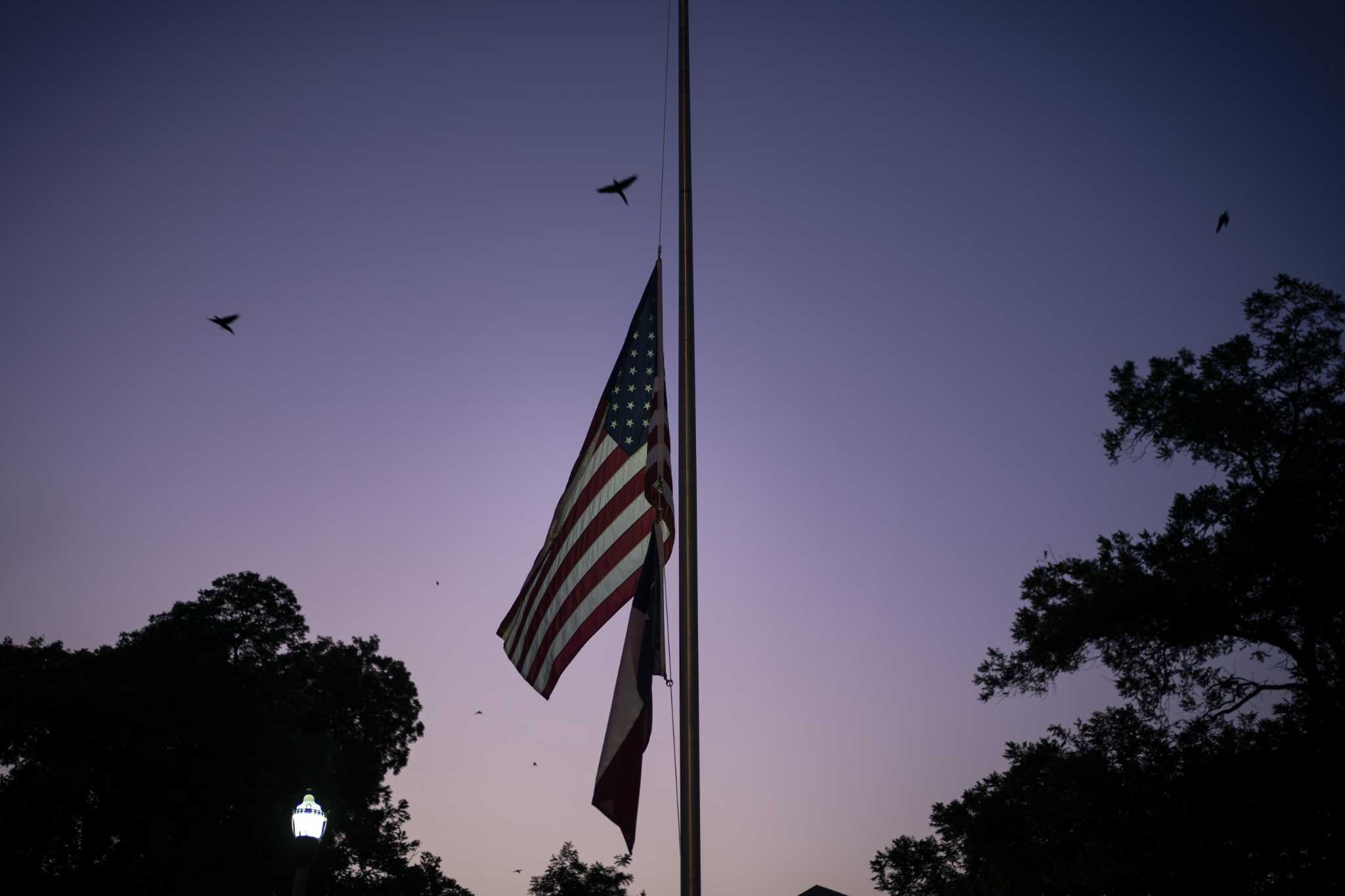 Regarding “Editorial: Abbott’s record on mental health stinks. After Uvalde, his talk must come with funding.,” (June 3): At my son’s high school graduation two weeks ago, flags were already at half-mast for what had just happened in Uvalde. It occurred to me that it was just random luck that my son was a graduate, and not another statistic. Since then, I’ve cycled through sadness, rage and disgust. But I keep coming back to rage.

Rage at the vacuous inanity of gun fetishists who insist that nearly any civilian should have unrestricted access to an AR-15. Rage at NRA puppets who insist that the solution is to arm teachers — presumably the same teachers they accuse of indoctrination and sexual grooming — when 19 professionally trained “good guys with guns” were outgunned by one 18-year-old, resulting in one dead child per good guy. Rage at the pro-life hypocrites who place nebulous blame on a sick culture while they pose in political ads fondling military-grade weapons, softly advocating violence, if necessary, to take “their” country back. Rage at a governor who blames this on mental illness a month after slashing more than $211 million from the mental health budget of a state already ranked dead last for mental health services.

In his tenure, Greg Abbott has done nothing but preside over a parade of catastrophes, choosing time and again to deflect blame rather than address problems. When Beto O’Rourke directed more-than-justified rage at him during a press conference, many dismissed it as political grandstanding. But in my opinion, O’Rourke has done the one thing that state leaders continuously fail to do: represent.

Regarding “Schools to check exterior doors, beef up security under order from Abbott to TEA,” (June 2): It appears that our governor is, once again, striving to create an appearance that he is actually doing something following yet another tragic massacre of children with guns here in Texas. This time, the governor has ordered the TEA to create a strategy for safety in the wake of mass killings. Without commenting on his penchant for buck-passing I find that, surprisingly, I fully agree with his “order.” I also have some common-sense, practical suggestions for the TEA that will both adhere to his order and that might begin to actually address the state’s problem. First the TEA should mandate that all students 18 years of age, and those nearing 18, be registered to vote as a condition of graduation. Next, all students should complete a mandatory civics class. Finally, all students should be required to complete courses in critical thinking. We have no hope that the Republicans who control Texas will ever actually address the ongoing scourge of gun violence. So, it will only be by ridding ourselves — through the ballot box — of the Republican politicians who have created, simplified and dramatically increased the ongoing horror of murdered babies in our great state that the issue can truly be addressed.

I believe Abbott’s approach is completely opposite of what makes good sense. Mass shootings at schools, festivals, grocery stores, medical facilities and even churches have reached epidemic proportions in the United States. According to the World Population Review, in 2022 there were about 40,000 gun violence deaths in the United States; in the United Kingdom there were 155. Whereas the U.K. probably has as much mental illness, proportionally, as the U.S., they also have gun control. Our schools don’t need to be “hardened” with more law enforcement officers present, or be subjected to unannounced visits to schools to check on their “compliance with state-mandated safety measures.” We need to address the cause of the problem. One step toward is to permanently reinstate the ban on the sale of assault weapons. No one but the military should have them anyway. And an 18-year-old should certainly not be able to purchase one like a loaf of bread, and hours later cause murder and mayhem. But neither this step nor any other will happen until the faction of senators beholden to greed, opportunism and payola is removed from office. In a letter last week to the TEA, Abbott wrote that “Your task is to provide ways to make schools safer.” They can begin by voting him out of office. We need to be able to secure guns, not schools.

Regarding “Proposed gun limits could have saved lives,” (June 5): Sunday’s front page article cites that “if” a law proposed in 1999 had been passed, lives could have been saved. If Congress passed a law requiring vehicle manufacturers to restrict cars to a top speed of fifty, lives could be saved. We cannot legislate the elimination of evil, ignorance or risk. There are already too many laws, regulations and taxes. We need consequences, consistency and personal accountability.