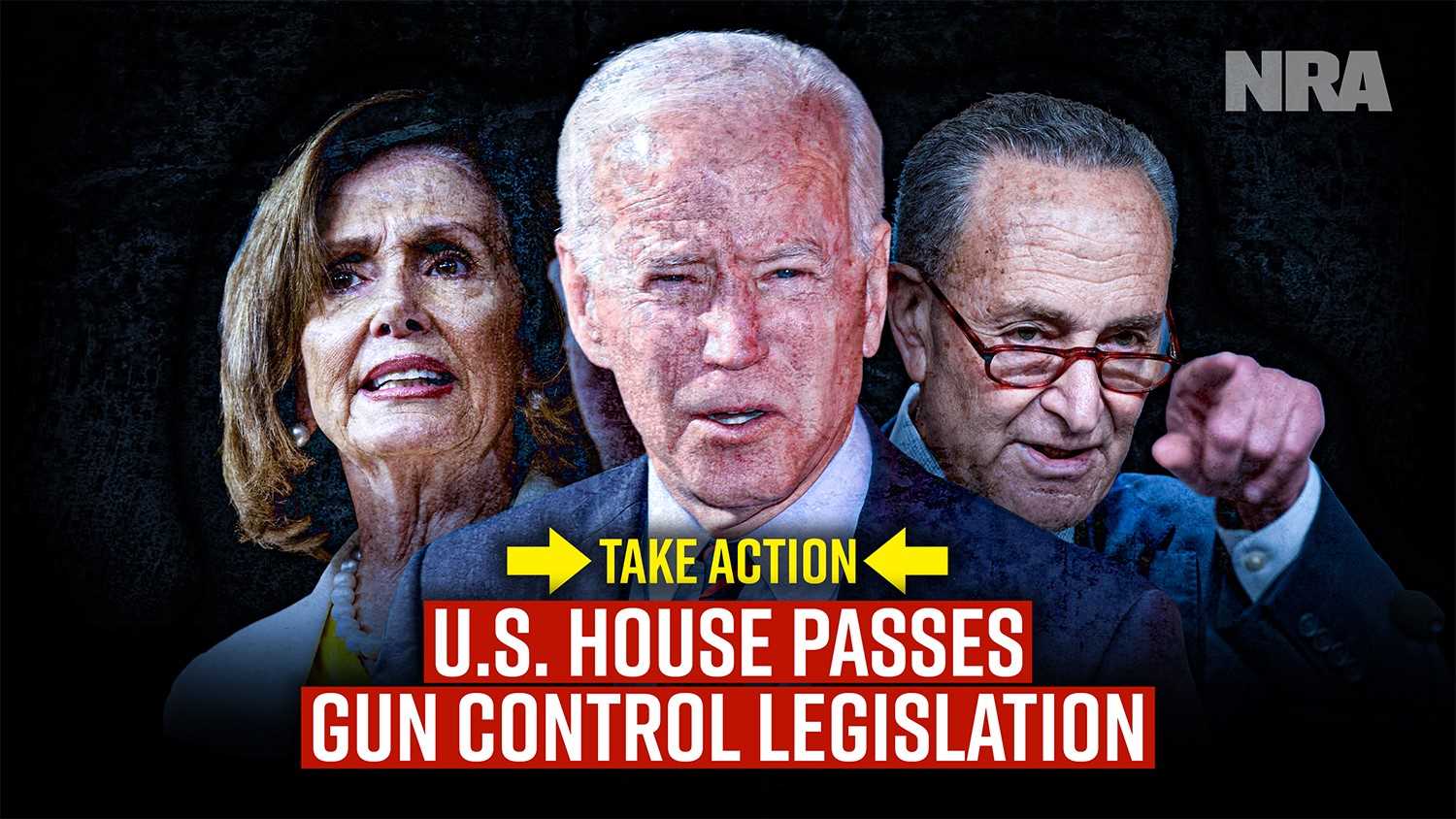 This week, the U.S. House passed two gun control bills, largely along party lines, that threaten to turn millions of law-abiding gun owners into felons, as well as subject their lawfully-acquired firearms to government confiscation without due process.

The first bill, H.R. 7910, is a gun control package that was introduced only last week and rushed to the U.S. House floor by Nancy Pelosi.

Among its many provisions, H.R. 7910 would ban law-abiding 18-20 year old adults from acquiring semi-automatic rifles and shotguns. This unconstitutional legislation would extinguish law-abiding adults’ Second Amendment rights and contends that these individuals are responsible enough to defend their country or vote in an election, but cannot be trusted to follow the law.

H.R. 7910 would generally ban standard-capacity magazines that are overwhelmingly popular with law-abiding Americans for self-defense, as well as redirect federal tax dollars intended for law enforcement and other public safety programs to “buyback” existing lawfully-possessed magazines.

Additionally, H.R. 7910 would prohibit the longstanding American tradition of building one’s own firearm, which has been protected by American law since our founding. And in a rushed and haphazard attempt to ban allegedly “untraceable” firearms, the bill would redefine the term “frame or receiver” in a way that effectively turn tens of millions of lawfully-owned firearms into contraband.

Furthermore, H.R. 7910 includes several “safe storage” mandates that would control how individual Americans keep firearms in their own homes. These provisions are in direct contravention to the U.S. Supreme Court decision in Heller that held mandatory storage provisions that prevent a law-abiding American from having ready access to a firearm for self-defense are unconstitutional.

The second bill, H.R. 2377, is a combination of legislative proposals to create “red flag orders” that allow for the confiscation of firearms without due process of law. The legislation would directly empower federal judges to nullify Second Amendment rights on a case-by-case basis and issue orders to seize firearms from the named individuals. It would also provide funding to encourage states and localities to pass and enforce laws allowing judges to issue orders to seize firearms.

H.R. 2377 would strip Second Amendment rights of individuals by confiscating firearms without constitutional due process by allowing courts to issue ex parte (meaning the accused is not present) firearm confiscation orders. A person could be forcibly disarmed of otherwise lawfully-possessed firearms before he or she had so much as an opportunity to contest the accusations – this would represent a clear denial of constitutional due process protections.

Moreover, H.R. 2377 would generally authorize indefinite firearm deprivations, giving courts options to issue orders without a time cap, or choose to allow for indefinite order renewals. This legislation treats the Second Amendment as a second-class, disfavored right and flies in the face of due process, the presumption of innocence and fundamental fairness.

We opposed H.R. 2377 and H.R 7910 in the U.S. House and are currently fighting it in the U.S. Senate.  Please make sure your U.S. Senators hear directly from you – contact them TODAY and urge them to oppose H.R. 7910, H.R. 2377 and any other unconstitutional infringement on our Second Amendment rights.