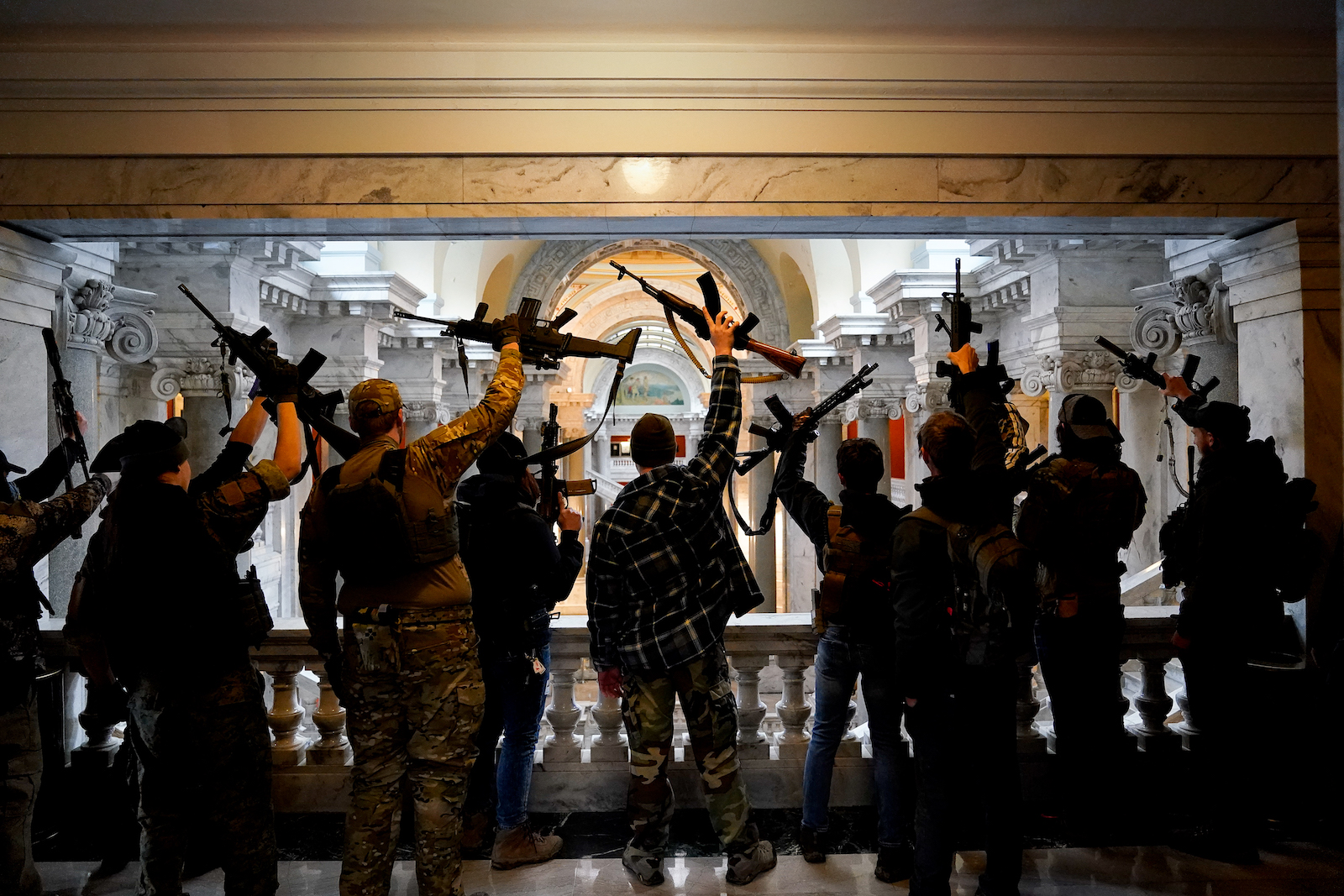 In the aftermath of the recent mass shootings at a Texas elementary school and a New York supermarket, Americans are demanding action. Legislators in Congress and the states are charging ahead with new gun safety measures, including legislation that would raise the legal age of purchase for semi-automatic weapons and strengthen background checks. These bills are popular with their constituents, sometimes overwhelmingly so. But even as voters and their elected officials debate these questions, they are losing the authority to shape gun policy. Federal courts, lurched right by Republican appointments, are increasingly hostile to legislatures that seek to regulate firearms and limit the deaths they cause.

Judicial intervention of this kind is a modern invention. The Second Amendment was ratified in 1791, but it wasn’t until fourteen years ago that the Supreme Court read into it a right to use weapons for self-defense and declared a gun control law unconstitutional. For most of American history, federal courts left gun regulation to democratic debate. Judges understood the Second Amendment to safeguard the rights of “free state[s]” to maintain “well-regulated militia[s]” and to use guns in connection with militia service—a view the Supreme Court expressed in 1939.

Until recently, prominent conservatives agreed. Robert Bork—a high priest of the conservative legal movement and a staunch originalist—explained in 1989 that the Second Amendment’s “intent was to guarantee the right of states to form militia, not for individuals to bear arms.” In 1991 Bork repeated his view that the Second Amendment protected “people’s right to bear arms in a militia. The NRA thinks that it protects their right to have Teflon-coated bullets. But that’s not the original understanding.” For more than two centuries, this view governed American law. Not a single federal case struck down a gun law on Second Amendment grounds.

That changed in 2008, when five Republican-appointed justices on the Supreme Court asserted that they had discovered the “original meaning” of the Second Amendment and used it to invalidate a law restricting handgun possession. The case, District of Columbia v. Heller, involved a challenge to a local law that barred most residents from owning handguns and required that firearms kept at home be unloaded and dissembled or bound by a trigger lock or similar device. The Court’s conservative majority held that the Constitution’s framers ratified the Second Amendment to protect an individual right to keep and bear arms for self-defense, especially in the home, where the need for defense of self, family, and property is “most acute.” This 5-4 decision changed the way most Americans read the Second Amendment. The Court brushed away the Amendment’s first clause—“a well regulated Militia, being necessary to the security of a free State”—as merely “prefatory” and instead emphasized “self-defense” as “the core lawful purpose” of the Second Amendment.

The phrase “self-defense” does not appear in the text of the Second Amendment. Neither does a reference to the “home.” The Court in Heller read these concepts into the Constitution. In doing so, it shifted responsibility for deciding the proper balance between gun rights and gun regulation from the people’s representatives to federal courts. For this reason and others, Heller was divisive, and scholars continue to question whether it was correctly decided.

Yet Heller was clear, as Justice Antonin Scalia put it in his majority opinion, that “the right secured by the Second Amendment is not unlimited.” Heller focused constitutional protections on weapons used in self-defense in the home and recognized that government otherwise has ample authority to regulate weapons in the interest of public safety. “Nothing in our opinion,” Justice Scalia explained, “should be taken to cast doubt on longstanding prohibitions on the possession of firearms by felons and the mentally ill, or laws forbidding the carrying of firearms in sensitive places such as schools and government buildings.” As one of us has argued, public safety regulation of weapons is critical in a democracy to protect the public sphere—Americans’ equal freedoms to speak, study, shop, worship, and vote without fear.

Today’s Supreme Court, pushed even further to the right by President Trump’s three appointments, is poised to expand gun rights beyond Heller. This month, legal analysts expect the Court to strike down a New York law that restricts the carrying of guns in public places. The case could bolster constitutional limits on government authority to regulate guns outside the home, imposing the same pro-gun regime on New York City subways that governs rural Montana ranches.

The Court’s ruling could also change the test that courts use to determine the constitutionality of different types of gun laws, increasing the weight courts give to past historical practice. In 2011, Justice Brett Kavanaugh, while serving on a lower appellate court, posited that Heller required courts “to assess gun bans and regulations based on text, history, and tradition,” and his test has since been embraced by many gun rights advocates.

Justice Kavanaugh claimed that a test focused on historical evidence would cabin judicial discretion—but the way he asks judges to analogize from historical evidence places few limits on the exercise of judicial discretion. When are different kinds of laws—or weapons—sufficiently analogous to earlier ones to count as relevant precedent? When is a tradition worthy of continuation? How, for example, should judges evaluate modern regulations that bar domestic abusers from owning firearms, given founding-era toleration of domestic violence? And while Justice Kavanaugh’s test invokes the talisman of “tradition,” it ignores the tradition in American law of leaving gun regulation to political processes and legislative control.

Other Trump appointees to the federal bench are similarly broadening Heller by reading novel, pro-gun commitments into the Second Amendment. Earlier this month, two judges on a federal appellate court struck down a California law that raised the minimum age for most purchases of semiautomatic weapons to twenty-one. California lawmakers had passed the law in response to a spree of mass shootings—including at a public high school in Parkland, Florida—committed by teenagers who had legally purchased semiautomatic rifles. The judges dismissed California’s concern about such weapons, making flawed historical arguments that “America would not exist without the heroism of the young adults who fought and died in our revolutionary army” and that “able-bodied men aged fifteen and older were compelled to possess personal arms” in “medieval times.”

These analogies were inapposite insofar as they failed to take into account the lethality of modern semiautomatic weapons, especially when paired with high-capacity magazines. A soldier might only be able to reload a Revolutionary-era musket once every three minutes. Some can fire modern semiautomatic weapons as rapidly as three times a second, and these bullets’ devastation on impact is different in kind, creating grievous wounds that are more likely to be fatal.

Invoking history in this way does not constrain judicial judgment, as originalists like to claim. Instead, it allows judges to substitute their views for those of the legislature.

When judges take authority to regulate weapons away from representative governments, their courtroom decisions have real-world consequences. The mass shooters in Uvalde and Buffalo were teenagers who legally bought semiautomatic rifles. Gun control laws in blue states alone won’t prevent all gun violence, as porous state borders allow guns from states with lax laws to flow into states with strict ones. But evidence shows that tough state laws curb shootings. After California implemented a series of strict firearm laws in the 1990s, gun deaths there plunged compared to other states.