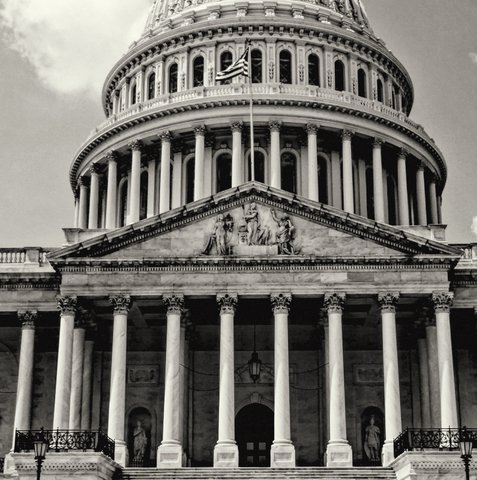 In response to the tragic school shooting in Uvalde, Texas, that left 21 students and teachers dead, and another mass shooting in Buffalo, New York, where 10 people were killed, one Newton congressman is backing new gun legislation that would raise the age requirement for the purchase of semiautomatic assault rifles, similar to that of an AR-15.

U.S. House District 4 Rep. Hank Johnson issued a statement Thursday afternoon, June 2, in support of HR 7910, the Protecting Our Kids Act of 2022, as it was marked up in the House Judiciary Committee.

Johnson, who is a senior member of the House Judiciary Committee, has served in Congress since 2006 as a Democrat representing Georgia’s Fourth Congressional District, which encompasses parts of DeKalb, Gwinnett and Newton counties and all of Rockdale County. He said the problem of “out-of-control gun violence in America” is one that can no longer be ignored.

“We must lead. We must act. We must act now,” Johnson said. “Acting now will take courage. Each of us on this committee should call forward some semblance of courage, like the courage that was on display last week by those brave Border Patrol Agents who put their lives at risk to stop the carnage in Uvalde, Texas.”

Key components of the bill include:

• Raising the lawful age to purchase a semiautomatic centerfire rifle from 18 to 21 years old. In the two most recent mass shootings, both alleged gunmen were 18 years old armed with this type of firearm.

• Establishing a new federal offense for the import, sale, manufacture, transfer, or possession of a large capacity magazines, with exceptions for certain law enforcement uses and the possession (but not sale) of grandfathered magazines; allow state and local governments to use the Edward Byrne Memorial Justice Assistance Grant Program to compensate individuals who surrender large capacity magazines through a buyback program.

• Establishing new federal offenses for gun trafficking and straw purchasers and authorize seizure of the property and proceeds of the offense.

• Establishing requirements to regulate the storage of firearms on residential premises; create criminal penalties for violation of the requirements.

• Building on the Bureau of Alcohol, Tobacco, Firearms and Explosives’ (ATF) regulatory bump stock ban by listing bump stocks under the National Firearms Act and statutorily banning the manufacture, sale or possession of bump stocks for civilian use.

Johnson called the legislation “a critical step forward in protecting our families, communities and schools” from continued gun violence, but it would take a bipartisan effort to see the bill push through.

“I ask my colleagues on the other side of the aisle: can you put aside your thirst for power and muster the courage to stand up for our kids and against the NRA? My friends, history will not forget those politicians and the phony patriots who cared more about maintaining their grip on power and serving the interest of the NRA than they did about protecting our kids from out-of-control gun violence. Columbine, Sandy Hook, Marjory Stoneman Douglas, Virginia Tech, UC Santa Barbara, the list goes on and on. None of these heinous atrocities moved Congress to act. We must not let Uvalde be the same. Our constituents need to know that we hear from them, and we will act on their behalf.

“The fact of the matter is that more than 311,000 students have experienced gun violence at school since Columbine,” Johnson continued. “This violence, this carnage cannot be what America is all about. The time for minor reforms is gone. Congress must take comprehensive legislative action to stop the murders of our children. In the name of all who have perished at the hands of a firearm, we must do something. In the name of Columbine, we must crackdown on straw purchases. In the name of Route 91, let’s ban bump stocks. In the name of Sandy Hook, Pulse Nightclub, El Paso, Texas and Dayton, Ohio, let’s ban high-capacity magazines. In the name of Marjory Stoneman Douglas, Buffalo, and Uvalde, let’s raise the age of purchase to 21 years of age. This misguided pledge that some of us have of allegiance to guns, and ‘yes’ to the NRA, it must [end]. It must end today and now. Not tomorrow, not next year, but now. For the people of the United States, demanding meaningful, effective action, let’s pass the Protecting Our Kids Act.”

Based on recent debates held among Georgia’s congressional candidates ahead of the June 21 runoffs, the chance of Democrat and Republican lawmakers actually reaching common ground on the issue appears to be similar to that of recent years — slim.

Mike Collins, a candidate for Georgia’s 10th Congressional District Republican nomination, said “there is no changing” the nation’s gun laws. He believes the Second Amendment is “written right.”

Instead of changes to legislation, Collins called the problem more of a “cultural” issue, saying “we’ve removed God from every facet of our life.”

Vernon Jones, also vying for Georgia’s 10th Congressional District Republican nomination, agreed with Collins. He said, “America needs more God, not gun control.” He also said the U.S. has set $40 billion in aid to Ukraine in its fight against Russia and now needs to provide the same level of financial support to the nation’s schools to fortify them against future attacks.

While chances may be slim, hope for a bipartisan effort for changes to gun laws is not completely lost.

U.S. Sen. John Cornyn, R-Texas, said it would be “embarrassing” if Uvalde didn’t spark Congress to reach some sort of bipartisan legislative response, according to a report from Politico, despite his staunch support of the Second Amendment as it’s written.