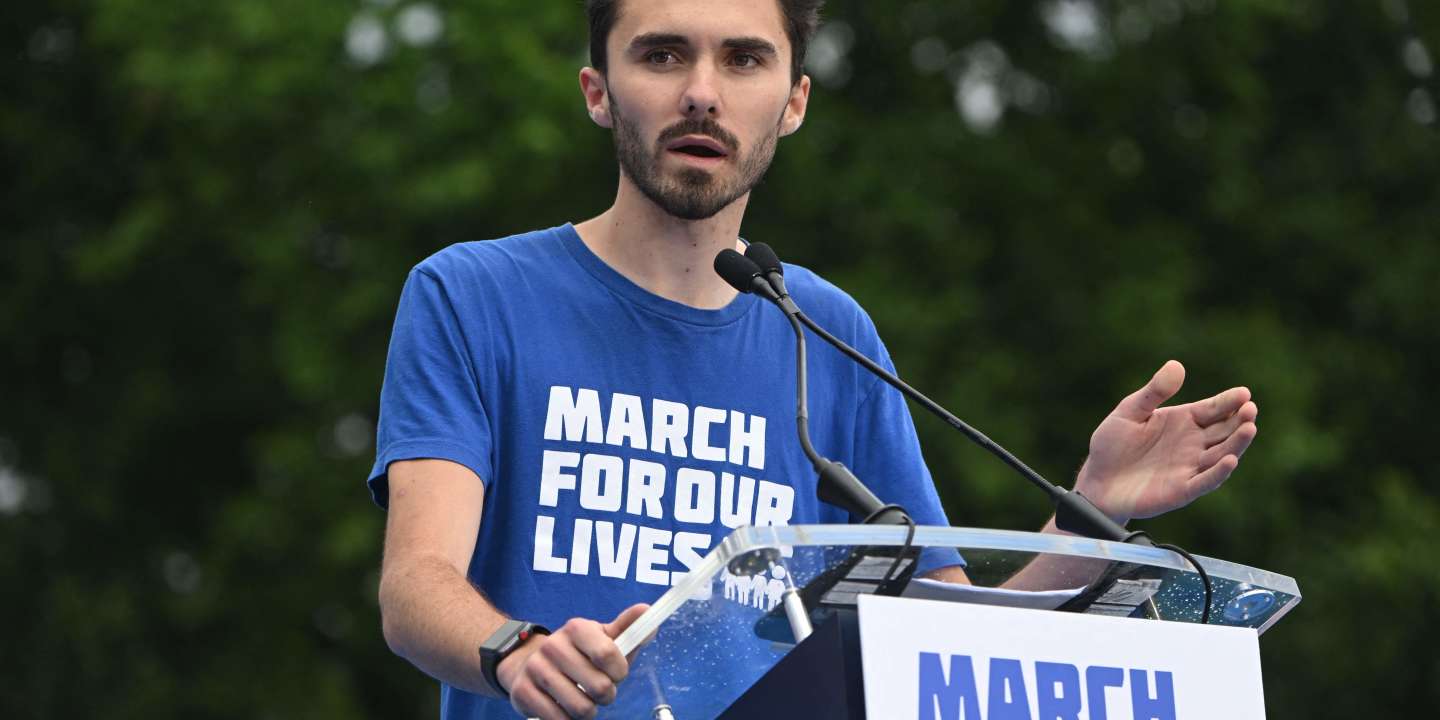 There was a time when David Hogg dreamed of becoming a journalist or an aerospace engineer. A time when he only had deal with the worries of an ordinary teenager attending school in Parkland, Florida. He was 17 in February 2018, the day when a killer barely older than him came into the school with an assault rifle and slaughtered fourteen students and three adults. That tragedy changed his life forever. It also thrust him into the public arena. Now a well-known gun control activist with the March for Our Lives movement, David Hogg was at the forefront of demonstrators gathering in Washington D.C., on Saturday, June 11, in a unique day of action across the country. It follows the massacre in Uvalde, Texas, in which nineteen children were killed.

Before this new massacre in Texas, David Hogg had deleted Twitter from his phone in order to focus on his exams. He reconnected on the spot – “I had no choice.” A student at Harvard, he’s now the poster boy for March for Our Lives, launched after Parkland. At the time, hundreds of thousands of people flocked to the American capital. Since then, the young man has sought to move beyond the incandescent polarization over guns, which pits Republicans and Democrats against each other. He wants to believe that an opening for progress is finally emerging. “The movement is stronger than ever before,” he said, in a phone interview with Le Monde. “It’s been decades since we’ve been this close to changing anything. We have to choose hope and action rather than just thoughts and prayers.”

On Twitter, where he has more than 1.1 million followers, David Hogg has been tirelessly active, challenging, condemning and encouraging as June 11 was approaching. He went to Houston, three days after Uvalde, to protest in front of the building where the convention of the National Rifle Association (NRA), the main gun lobby, was being held. “It was something unprecedented,” he said. “It was 33 ºC, and the chanting was so loud that it hurt my ears. Inside, they had air conditioning and a former president [Donald Trump] as a guest, but there seemed to be only a few hundred. I really have the impression that this time things are different.”

Self-conviction, communication, or classic power struggle? David Hogg has had recent contacts with many elected officials in Congress. He hopes that the Democrats will show a united front and that ten Republicans will come out of their usual trenches to join them, even if the consensus is on minimal grounds. A bipartisan group of nine senators has been formed to work on two pieces of legislation. One, the so-called “red flag” bill, would allow for the temporary, court-ordered seizure of weapons belonging to a person deemed unstable and dangerous. The other would strengthen background checks for any potential gun buyer. But the Second Amendment of the Constitution is sacred to the Republicans, and they condemn all gun legislation as an infringement of that freedom. So, there’s no question of banning the sale of the AR-15, the semi-automatic assault rifle used in all the mass killings.

You have 51.04% of this article left to read. The rest is for subscribers only.