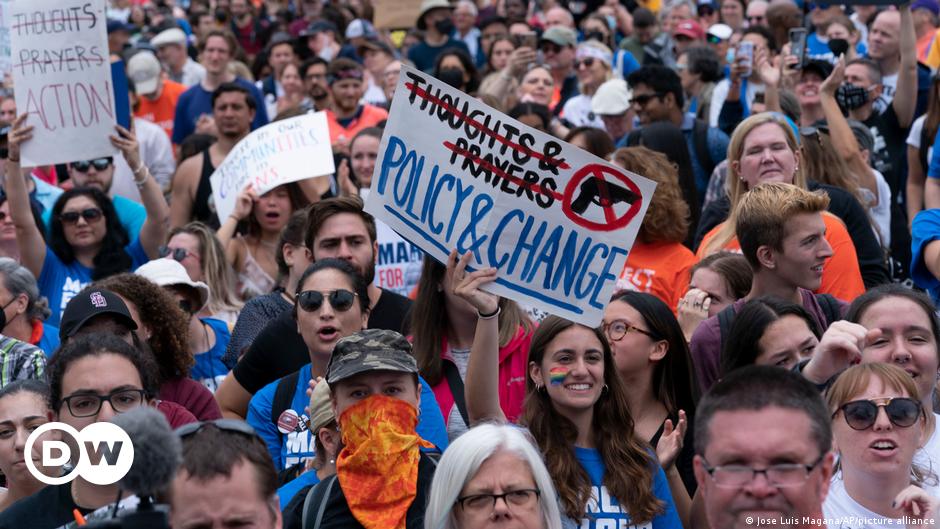 Tens of thousands of people marched in cities across the United States on Saturday to call for stricter gun control measures.

Their protests followed deadly mass shootings in Uvalde, Texas, where a gunman killed 19 children and two teachers, and asupermarket shooting in Buffalo, New York, that left 10 people dead, as well as a shooting at a Taiwanese-American church in Southern California, in which one person was killed and five injured. All those events took place within a month.

`I speak as a mayor, a mom, and I speak for millions of Americans and America’s mayors who are demanding that Congress do its job. And its job is to protect us, to protect our children from gun violence,” District of Columbia Mayor Muriel Bowser said during one of the biggest marches in the US capital Washington. “Enough is enough.”

Speaker after speaker called on Senate Republicans to act or face being voted out of office.

The Democratic-controlled House of Representatives on Wednesday passed a sweeping set of gun safety measures, but the legislation has little to no chance of advancing in the Senate, where Democrats would need the support of 10 Republicans for the requisite super majority.

David Hogg, a survivor of the 2018 shooting that killed 17 students and staff at Marjory Stoneman Douglas High School in Parkland, Florida and co-founder of the March For Our Lives organization, led the crowd in chants of “Vote them out.” 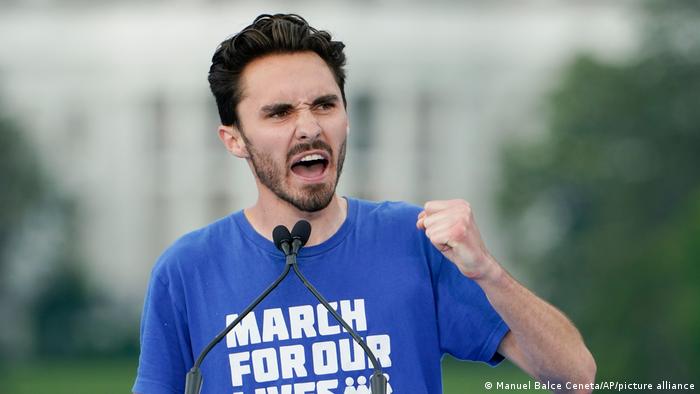 Parkland shooting survivor, David Hogg, said the killings of children in Uvalde ‘should fill us with rage’

“This time is different because this isn’t about politics. It’s about morality. Not right and left, but right and wrong, and that doesn’t just mean thoughts and prayers. That means courage and action,” Yolanda King, granddaughter of Martin Luther King Jr. said. 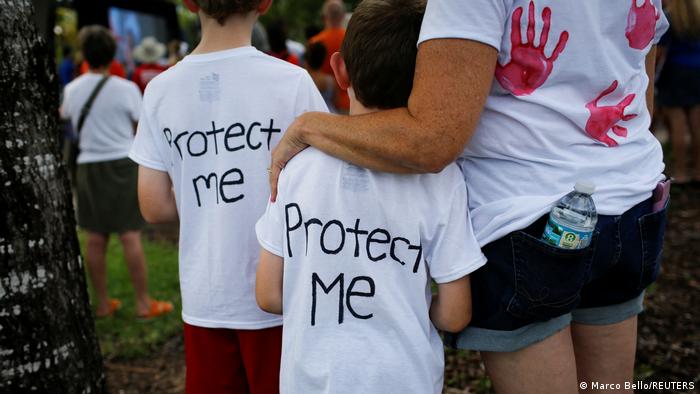 At rallies across the US people condemned gun deaths in a series of mass shootings, urging lawmakers to act

Hundreds gathered at an amphitheater in Parkland, where Debra Hixon, whose husband, high school athletic director Chris Hixon, died in the Buffalo shooting, said it is “all too easy” for young men to walk into stores and buy weapons.

President Joe Biden backed the protests, urged demonstrators to “keep marching” and added that he was “mildly optimistic” about legislative negotiations to address gun violence.

March For Our Lives has called for an assault weapons ban, universal background checks for those trying to purchase guns, and a national licensing system that would register gun owners.

Opponents of tougher regulations have meanwhile sought to cast mass shootings as primarily a mental health issue, not one of access to firearms.

More than 19,300 people have died in gun-related incidents in the US so far this year, according to the Gun Violence Archive. More than half of those deaths are due to suicide.