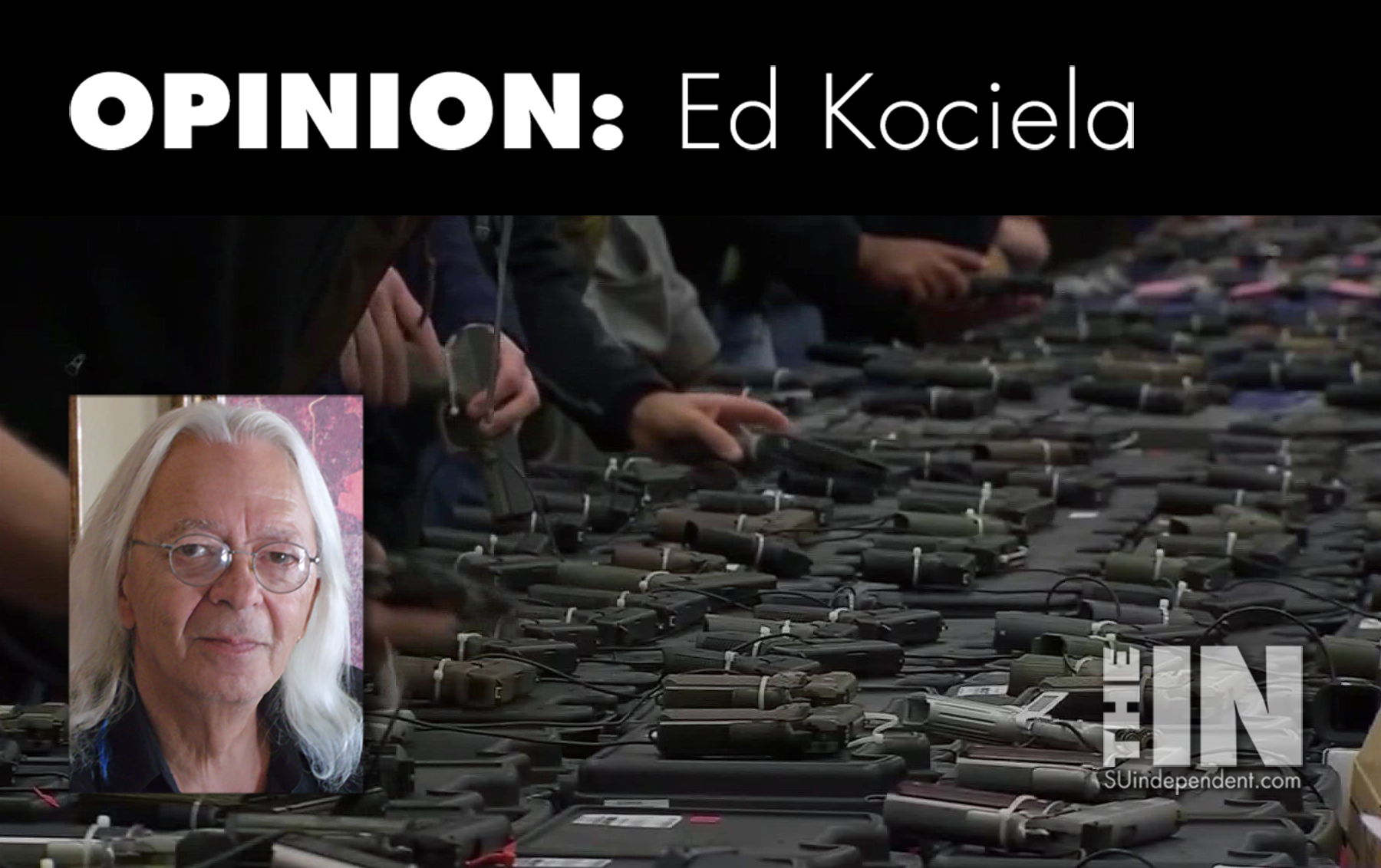 A Good Start or Smoke and Mirrors?

Since 1994, Congress has been shooting blanks when it comes to gun laws.

When the ban on 118 specific guns deemed as assault weapons went into effect, it was shocking, to say the least. The measure, signed into law by President Bill Clinton, was a hallmark to be sure, but it also hastened deep-pocket contributions from the National Rifle Association and its members to overturn the legislation, which is why at the law’s sunset, it was allowed to fade away.

While there is much causal evidence that the ban worked, the bottom line is that the cold, hard cash infused into Republican congressional campaigns proved more effective, and today, 28 years later, we are witnessing a staggering body count.

Still, it is encouraging, to a point, to learn that the Senate appears to have the 60 votes necessary to pass new legislation to try to thwart the violence that has scarred the nation. Excuse me for being skeptical, but while this proposed legislation is, by all means, an indication of progress in this ongoing tragedy, I cannot help but believe it is nothing but appeasement, a way for Republicans to bend but not break when it comes to gun laws.

This so-called compromise would make the juvenile records of gun buyers under 21 available during background checks; give states funding to enact and enforce so-called “red flag” laws to at least delay selling guns to people deemed as possibly violent; would provide money to strengthen school safety and mental health programs.

The legislation would see those who sell guns for profit being required to obtain a federal dealer’s license that would require them to conduct background checks on buyers; ban those convicted of domestic abuse who do not live with a former partner from buying firearms; make it a crime for somebody to legally purchase a weapon for someone who would not otherwise qualify; fund the growth of community health centers and suicide prevention programs.

Twenty senators — half Democrats, half Republicans — signed a statement supporting the legislation.

The NRA response was predictable as the group released a statement saying it opposes gun control and infringing on people’s “fundamental right to protect themselves and their loved ones” but supports hardening school security, mental health, and law enforcement. It is important to note the NRA language here, which in the past was padded with all kinds of 2nd Amendment hyperbole but now simply states the need for guns so people can protect themselves and their families. That has nothing to do with the 2nd Amendment.

President Joe Biden walked the limp, moderate path saying the bill “does not do everything that I think is needed, but it reflects important steps in the right direction and would be the most significant gun safety legislation to pass Congress in decades.”

What is missing, of course, is an outright ban on assault weapons and high-capacity magazines that enable a shooter to take out large numbers of lives.

It is a tepid bill at best. By the time the bill is fully written and goes to the House and Senate, you can be assured it will be watered down even further. It will, politically, appease both sides temporarily because Republicans will then be able to say that they responded to the overwhelming number of Americans who want stronger gun control while Democrats spin it as a good first step. The reality, of course, will be legislation that puts the emphasis on mental health issues and actually arming even more of the citizenry. As we have seen, one of the GOP’s top talking points is to turn our schools and places of public gatherings into fortresses and to arm teachers. You see, they will fall back on the old “guns don’t kill people, people kill people” conundrum, a meritless sophomoric pretension, and add to the myth that more good guys with guns will stop more bad guys with guns, another misnomer. According to a study by David Hemenway, a professor of health policy at the Harvard T.H. Chan School of Public Health, the likelihood of more guns on the street does just the opposite. “What guns do is make hostile interactions — robberies, assaults — much more deadly,” he said.

Study after study shows that carrying a concealed weapon, whether on your hip, in a purse, or otherwise, does not make you any safer, despite NRA exhortations to the contrary.

There is some discussion about limiting long-rifle purchases to those 21 or older. However, it seems it would do little to change the curve as most shooters are white men between the ages of 20 and 30. It just so happens that the most recent mass shootings were by young men in their teens.

There is the continued reasoning that screening gun purchasers for mental issues would help. We have seen that it does not work. In Buffalo, as a matter of fact, the shooter was taken into custody by state police and placed in an institution for observation for a couple of days. He still managed to purchase his weapons and ammunition, which he used to slaughter innocent people at a grocery store.

Arming our educators? Of those I know, not one of them would ever dream of carrying a weapon onto campus.

As far as school resource officers, we have seen instances of them hiding from shooters rather than engaging and trying to save students, faculty, and staff. During the recent Uvalde shooting, even the cops were hiding from the shooter, reluctant to engage.

This means, of course, that, in all likelihood, the new legislation is relatively useless and will do little to remedy the problem of mass shootings. Unless somebody grows a spine, this bill is nothing more than a street-corner hustle.